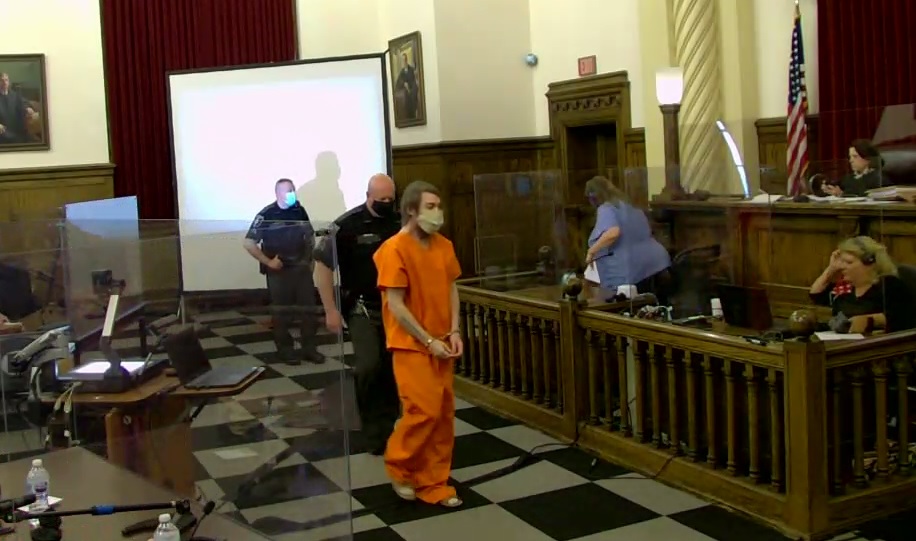 CHARLESTON, W.Va. — A Clendenin man is going to be in prison for the rest of his life after a Kanawha County jury decided Tuesday that he should not receive mercy in connection with his murder conviction.

The panel convicted Joshua Drennen, 28, Monday on eight criminal counts including a first-degree murder charge. Drennen went on a violent crime spree on Feb. 11, 2020 on the West Side of Charleston. He murdered Barbara Steele, 77, during the rampage.

The jury returned Tuesday to begin deliberating the mercy phase of the trial. Members returned a decision at just after 1 p.m. finding Drennen should not receive mercy, meaning he won’t have a chance for parole on the murder conviction. He’ll now be sentenced to life in prison.

Kanawha County Circuit Judge Jennifer Bailey praised the jury for its work which began a week ago.

“In my 19 years of service I don’t know that I’ve seen a jury work as hard or be as devoted an attentive as you have been,” Bailey said.

Bailey has scheduled sentencing for June 24 at 11 a.m. Drennen will remain in the South Central Regional Jail until then.

After murdering Steele in her Georgia Street home, Drennen committed a carjacking, attempted a second carjacking before an altercation with Charleston police officer Austin Casto. Drennen used an antique flat iron he stole from Steele’s home to attack her and the other victims.

Drennen’s attorney presented a mental illness defense. Drennen did not testify during the proceedings.