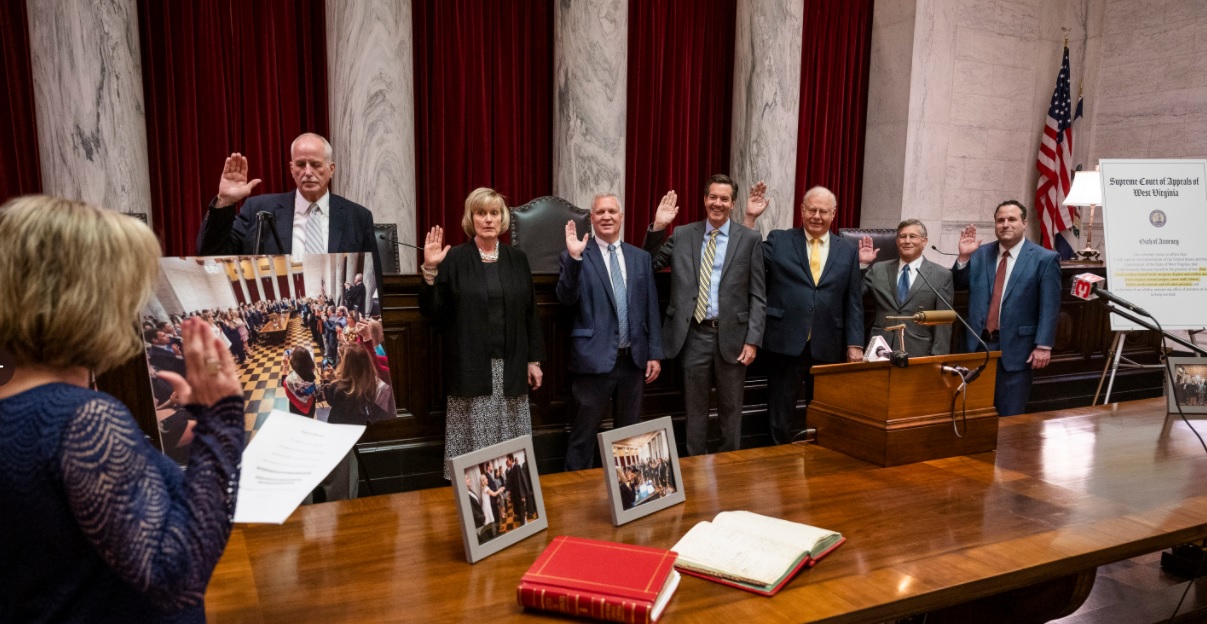 Members of the High Court took the pledge Monday.

CHARLESTON, W.Va. — The West Virginia Supreme Court of Appeals has completed a change aimed at raising the bar on attorney and judicial behavior in the Mountain State.

Chief Justice Evan Jenkins, flanked by his four colleagues on the high court, signed an order provisionally adopting and releasing for public comment the addition of a civility pledge to the oath lawyers take when they are admitted to the practice of law.

“West Virginia’s judiciary wants to be a leader and the leadership here is in promoting civility. You can look across the country and around the world that we need a very healthy dose of civility today,” Jenkins said.

“Lawyers are required to zealously advocate for their clients, but part of ‘zealously advocate’ does not mean a scorched earth policy in terms of the parties on the other side,” said Justice John Hutchinson.

Each practicing attorney in West Virginia begins their career in the Supreme Court chamber in Charleston by taking the oath before the Supreme Court. Justice Beth Walker believed adding a civility pledge into that oath was an adaptation whose time has come.