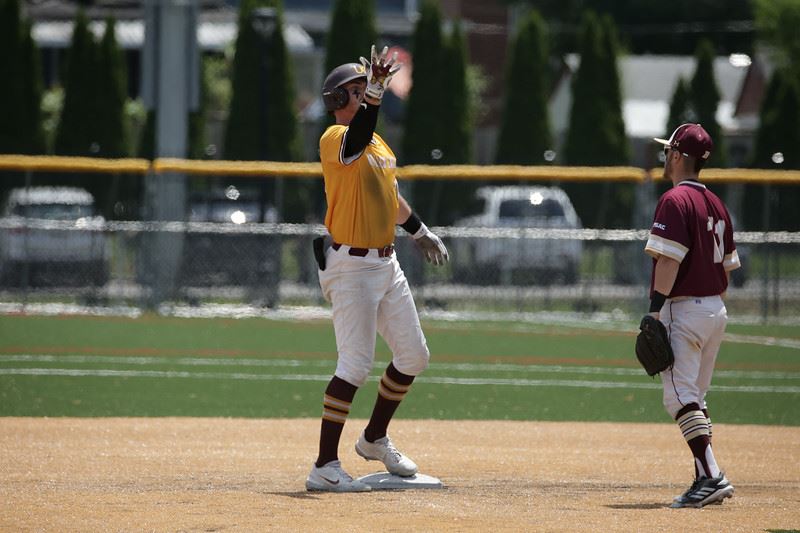 CHARLESTON, W. Va. — The University of Charleston fell in the opening round of the NCAA Atlantic Regional to Bloomsburg, 3-2, in 10 innings Thursday.

The Golden Eagles led 2-0 in the eighth inning, before starter Logan Campbell surrendered a two-run home run to Cole Swiger that allowed the Huskies to tie it.

Campbell struck out 10 and allowed seven hits, while throwing 145 pitches.

Bren Taylor’s RBI single put Millersville back in front in the fifth, before the Yellow Jackets got even again on Andrew Stone’s home run in the sixth.

Ethan Lauchart started and threw 4 2/3 innings while allowing two runs for WVSU. He gave way to Jacob Bradley, who allowed one run on five hits in 3 1/3 innings, but took the loss.

The Yellow Jackets take on Charleston in an elimination game Friday at 11 a.m.