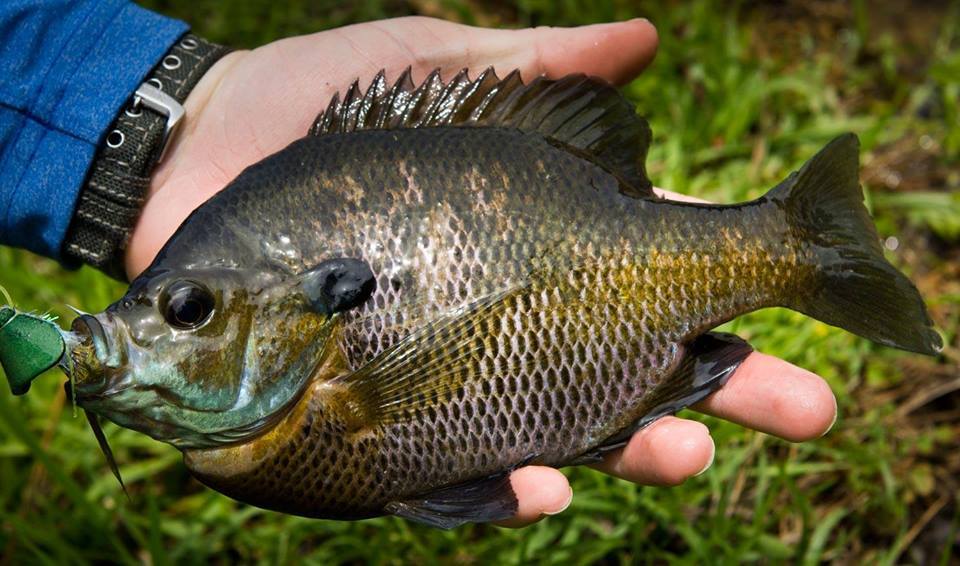 FARMINGTON, W.Va. — When most of us think of bluegill, the first thing which comes to mind if our first fishing experience. Almost everybody’s first fish was a bluegill. When we were age five or under the unexpected tug on the end of the line from a fish barely bigger than our hand was enough to light the fuse for a lifetime.

However, most of us moved on after landing our first sizeable game fish never looked back at the lowly bluegill.  But some fish biologists with the West Virginia Division of Natural Resources are hoping to change that. Dave Wellman, the District Fisheries Biologist for DNR District 1 has proposed the creation of two bluegill trophy fishery lakes in his district.

“We have a couple of impoundments we have determined have the ability to have improved bluegill fishing,” said Wellman in a recent edition of West Virginia Outdoors.

The lake they’ve narrowed it down to are Teter Creek Lake in Barbour County and Mason Lake in Monongalia County. Those were selected from five waters overall in the district as they considered the idea.

“We have not managed for bluegill specifically in West Virginia.. We wanted to assess these impoundments and determine which ones would have the right characteristics for an enhanced bluegill fishery,” he explained.

So they’ve taken the idea to the Natural Resources Commission and have made the proposed regulation changes aimed at creating a trophy bluegill fishery of both lakes using a combination of a slot limit and creel limit for bluegill on both bodies of water.

The proposal would create a 10 fish daily creel limit for bluegill and all other species on both bodies of water in aggregate. Plus only five of the fish can be over eight inches. According to Wellman, they believe such a regulation will reduce the number of larger fish being harvested, but at the same time it will remove some of the smaller fish and open up more food resources for the fish which remain.

“If you have an impoundment with these characteristics, they’re apt to have regulations which will impact the size structure of those bluegill,” he said.

The Natural Resources Commission is due to vote on the proposal at its July meeting.

“We’ve proposed a 10 fish daily limit on bluegill and other species in aggregate, but only five of those fish may be eight inches or longer,” he explained.

The commission’s next meeting is in late July at Hawks Nest State Park.