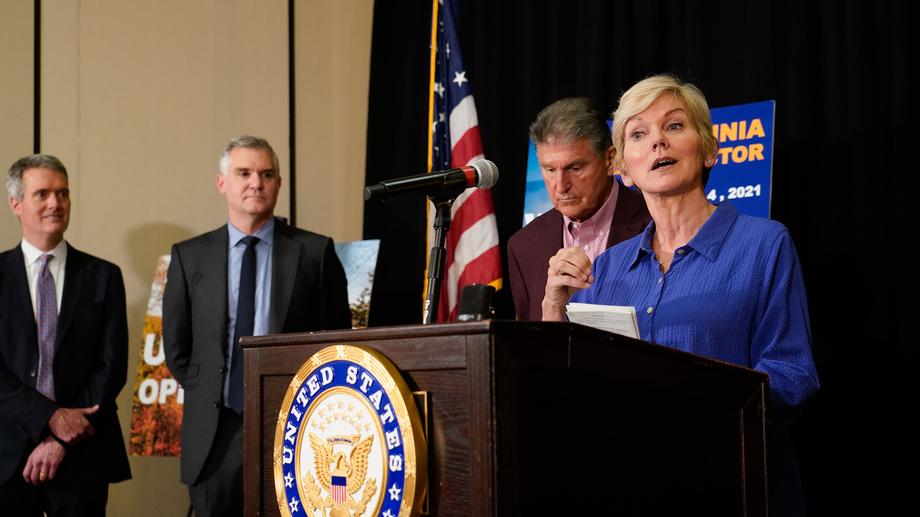 U.S. Sen. Joe Manchin, D-W.Va., and Energy Secretary Jennifer Granholm announced Thursday a new collaboration between Dominion Energy, Steel of West Virginia, Orsted Wind Energy and Eversource to supply the necessary parts for an offshore wind turbine construction vessel to be located in the Atlantic Ocean. The ship, the Charybdis, will begin operations in 2023, and be utilized for building wind farms along the coasts of Virginia and New England.

The project is a step in the Biden administration’s goal of developing 30 gigawatts of offshore energy production by 2030.

“We want offshore wind in American to be built with American parts and American labor and that begins with the Charybdis,” said Bob Blue, Dominion Energy’s president and CEO. “These are good jobs for American workers. Jobs that pay well.”

“In America, we stand up for manufacturing in this country, but particularly in communities that have been struggling,” she said.

“The possibility in this state and so many workers who could help to lead the next generation — energy 2.0 — for West Virginia and the nation,” Granholm later added.

Steel of West Virginia is based in Huntington and manufactures various products for construction, recreation, shipbuilding and energy industries. The company will provide 1,600 short tons of steel components for construction.

Manchin is hosting Granholm Thursday and Friday in northern West Virginia to understand West Virginia’s role in the country’s energy market. Rep. David McKinley, R-W.Va., and state officials joined Manchin and Granholm during a Thursday stop at The Waterfront in Morgantown. The two will make stops additional stops Friday in Morgantown.