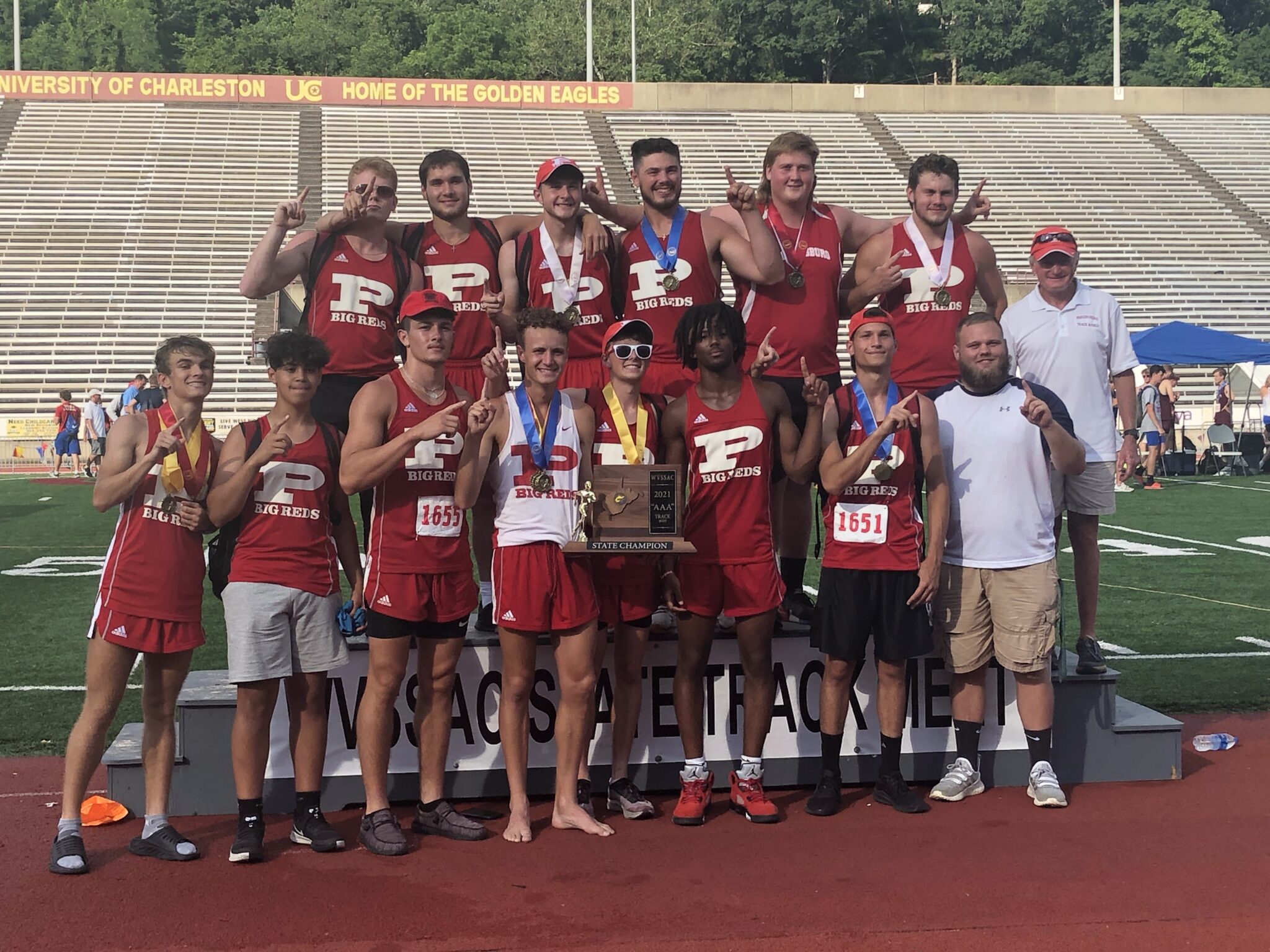 CHARLESTON, W.Va. — After rain was a theme for the first two days of the state track and field meet, the usual hot conditions that have often been been associated with the event at University of Charleston Stadium returned throughout the Class AAA portion Saturday.

With it, Parkersburg’s boys team notched its first team title since 2014, while the Jefferson girls left with top honors for the first time since 2009.

“We thought we had a team that could compete for a title last year, but we obviously didn’t get to,” Parkersburg boys coach Rod O’Donnell said. “To win it this year really shows the work these guys put in the offseason and just how focused they were at this event.”

Walker, who posted his first victory Friday in the 400-meter dash at 48.45, notched two more titles on the final day of the season. The Patriots’ speedster set a 100-meter state record in preliminaries at 10.50, and followed it with a 10.59 finish in the finals. That allowed him to edge freshman teammate Jerrae Hawkins, Jr., who was runner-up at 10.75.

“I can’t even describe the feeling,” Walker said. “It’s just a blessing. We’ve been working so hard this season and I’m pumped.“

Walker was also victorious in the 200 with a finish of 21.43 that challenged James Jett’s state record from 1989, when the former Jefferson legend who went on to play in the NFL set it at 21.39.

“It’s an honor to be up there and I’m really humbled to be known as one of those top guys and be in a group with those names,” Walker said.

“I’m pleased with the way I performed,” Riggs said. “I tried to do whatever I could to help my team. At states, it all comes down to one day and you don’t ever know how it’s going to go here.”

The JHS girls followed a Friday win from Lorelei Bangit in the 400 (57.54) with a pair of first-place relay finishes Saturday that helped the Cougars notch the title with 87 points.

In the 4×100, Jordan Carr joined forces with Trinity Blue, Hailey Dillow and Bangit to finish first at 49.86.

“The relay teams came up big and they did a really good job for us,” Jefferson girls coach John Serian said. “Everybody played their part.”

“It’s been a long year and I have some great assistant coaches,” Serian said. “The sprint coach is Dana Clark and she does a heck of a job. I work with the throwers and the throwers came through. This is the first year we’ve really had great throws and it’s a blessing.”

Hurricane’s Lily Haught was another multiple event winner. Haught took the 100 hurdles at 14.83 and edged Wheeling Park’s Marlee Porter in the 300 hurdles by the most narrow of margins (44.01 to 44.02).

Other individual winners included: Capital’s Candace Morris in the 100 meter with a finish of 12.13 that was only 0.04 seconds from tying the state record held by Riverside’s Ciara Chic; Hedgesville’s Skylar Yates in the pole vault (10-01); University’s Sierra Lanham in the long jump at 17-10 and Huntington’s Ravyn Goodson in the discus with a throw of 120-06.

The Mohigans were runner-up to the Cougars with 77 points, while Wheeling Park took third with 74 points.

For the Parkersburg boys, Justin Waybright won both the discus (164-05) and shot put (48-08.50) to aid the charge to the title. The shot put was particularly important to the Big Reds, who also had second and third-place finishes from Charlie Bauman and Casey Mahoney, respectively, to total 24 of their 110 points.

“The throwing events were a big part of our success,” O’Donnell said. “Especially what Justin was able to do, but all three of those guys in the shot put came up big.”

The Big Reds also got a key win from Keegan Barnette in the 800 meter (1:59.34), with teammate Franklin Angelos runner-up in that event. Aaron Kupfner provided PHS with a first-place finish in the 110 hurdles at 14.86.

“It was a total team effort,” O’Donnell said.

WPHS got a title without Walker factoring in as the 4×100 team of Alex Canestrato, Sincere Sinclair, Christian Sorge and Hawkins Jr. took first at 43.35.

Other individual award winners included: Martinsburg’s Doryn Smith in the high jump at 6-02; Huntington’s Noah Waynick in the 300 hurdles at 40.53 and Washington’s Francisco Amore in the pole vault at 16-00.

Wheeling Park was runner-up to Parkersburg with 81 points, while University (59) and Jefferson (53) finished third and fourth, respectively.