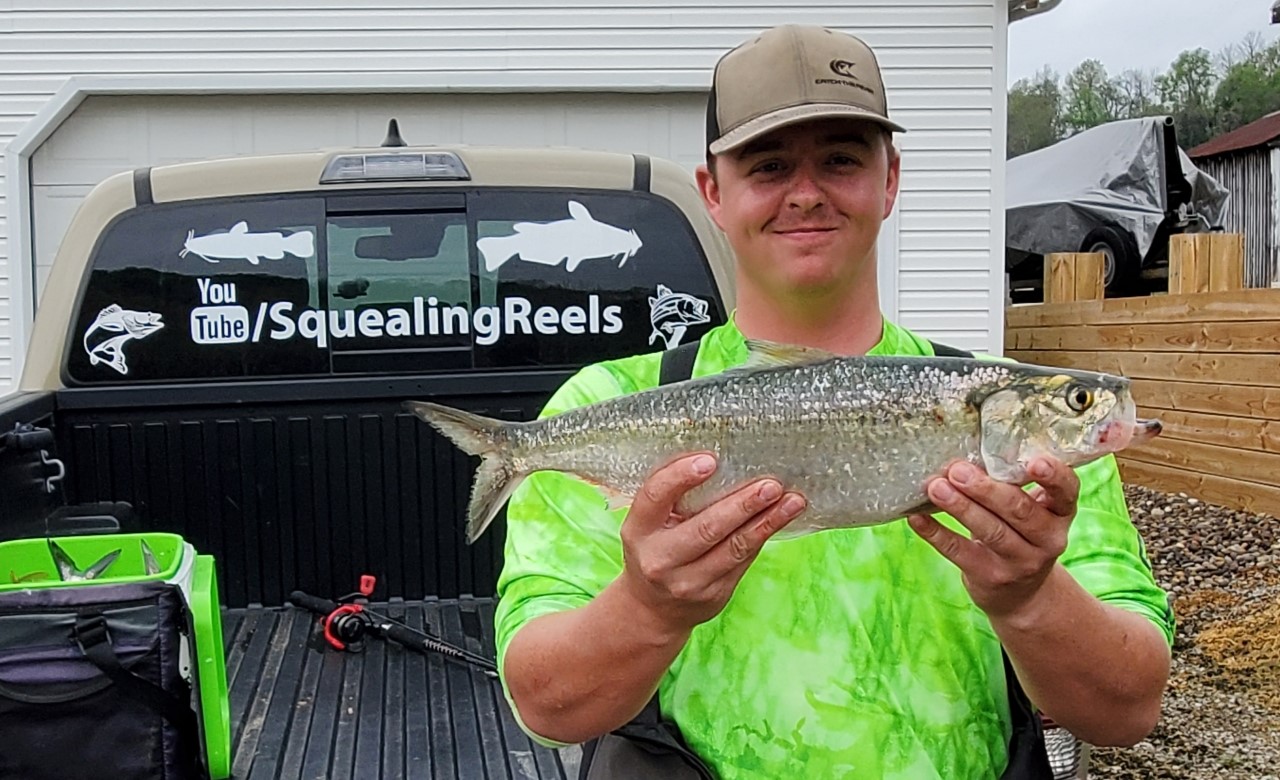 GALLOPOLIS, OH. — One blustery day in April, Ethan Moss of Gallipolis, Ohio and a buddy headed out for the Ohio River. Their ultimate aim was to put some big catfish in the boat. However, the first order of business was to catch some bait.

Little did Moss realize it was the effort to catch bait which would put him into the fishing record books for the state of West Virginia.

“I thought it was ironic that as a pretty avid cat fisherman, I catch a state record catfish bait,” laughed Moss when asked about it on a recent edition of West Virginia Outdoors.

Listen to “Ethan Moss on W.Va. Outdoors talks about record skipjack” on Spreaker.


He landed a large skipjack in the tailwaters of the Robert C. Byrd Lock and Dam which beat the old records for both length and weight.

“We started getting into them pretty good. I had actually caught several and one of them was 19 and change inches. I had also measured another which was pretty close to the state record. About 20 to 30 minutes later I caught this one. I had no clue, I thought he was a white  bass or a hybrid. I flipped him over the wall and the guy fishing next to me said, ‘That’s the state record.'” he explained.

It was a state record for West Virginia. Ohio doesn’t recognize the skipjack  in its records program However, it set the new record for weight at 3.1 pounds and for length at 19.21 inches in West Virginia.

“It was a really nice skipjack. I’ve been reading a lot and in a lot of states down south their records are in the three to three and a half pound range. The world record is only four pound,” he explained.

The big fish hasn’t been cut up for bait just yet. Moss hoped to get a replica mount made,  but is having a difficult time finding a taxidermist who can produce a body mold of the fish.

“A shout out to anybody who can get a blank to make a replica of a skipjack herring, give me a shout out on Facebook. Everybody I’ve talked to said they’re having trouble getting a blank since it’s such an obscure species,” Moss said.

Moss is now back to his passion chasing blue catfish. He’s confident we may be talking again, possibly about the next record blue cat caught from the Ohio or Kanawha Rivers.