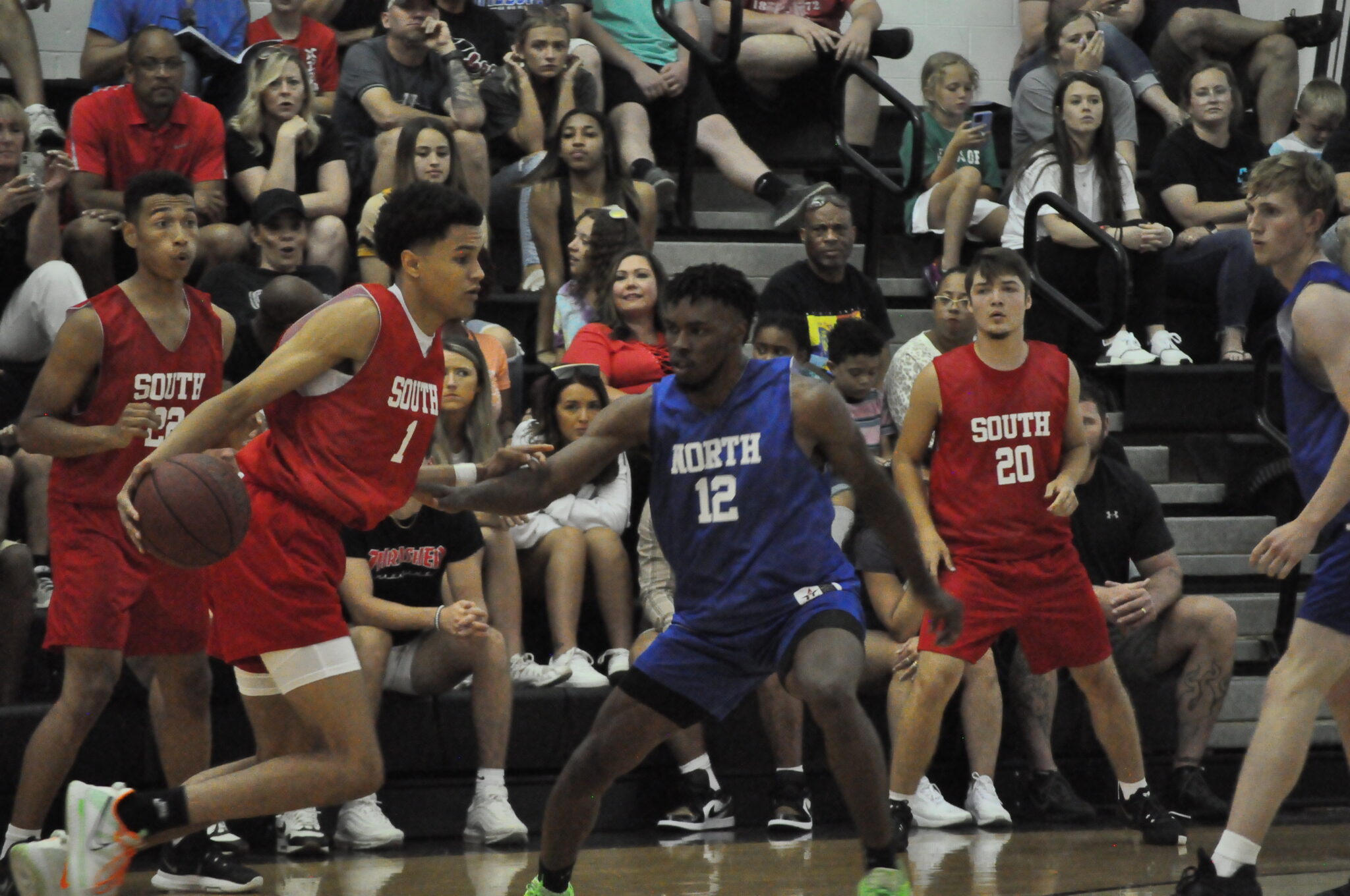 The performance of Aiden Satterfield in last Friday’s North-South All-Star Basketball Classic was much like what people across the state had come to expect from Satterfield during his career at Charleston Catholic.

A 6-foot-7 senior, Satterfield led the South with 25 points in a 105-104 loss to the North at South Charleston Community Center. Satterfield scored in a variety of ways. He made four three-pointers, one of which was part of a four-point play. He also had multiple dunks, scored on drives to the rim and displayed a mid-range jump shot with a release that makes it difficult to block and contest.

Despite being the tallest player on the court for the majority of his games as a senior, Satterfield showed he was just as — if not more —comfortable playing away from the basket instead of under it. The two-time first-team all-state selection, who will play at West Liberty, says that’s by design.

“I feel like in West Virginia it’s a stigma to where taller kids have to stay under the basket, but that’s not the case,” Satterfield said. “If you work hard and get a good skill set as a guard, than you can play any position at any size. I’m just trying to change the narrative a little bit.”

Satterfield’s versatility should suit him well at West Liberty. The Hilltoppers have consistently been among the nation’s highest-scoring teams over the last decade and like to space the floor and shoot an abundance of three-pointers.

Having the height and length to play at and above the rim is a major plus for Satterfield, who won the dunk contest prior to the North-South game. So, too, is his ability to score on the perimeter, handle the ball and keep opposing defenses spread — all traits that should help him on the Hilltoppers.

“I’ve been in the gym every day and two times a day sometimes,” Satterfield said. “I’m working as hard as I can and I want to be able to help the team next year in some type of way hopefully.”

Were it not for late-game heroics from Poca’s Isaac McKneely (the state player of the year), Satterfield would have led the Irish to the Class AA final after he scored 22 of his team’s 40 points in a state semifinal against the Dots. His layup in the final seconds gave the Irish a one-point lead before McKneely connected on a game-winning three-point just before the buzzer sounded.

“I love Charleston Catholic. They’ve done so much for me,” Satterfield said after his final time representing the Irish. “The least I could do is play my heart out for them.”