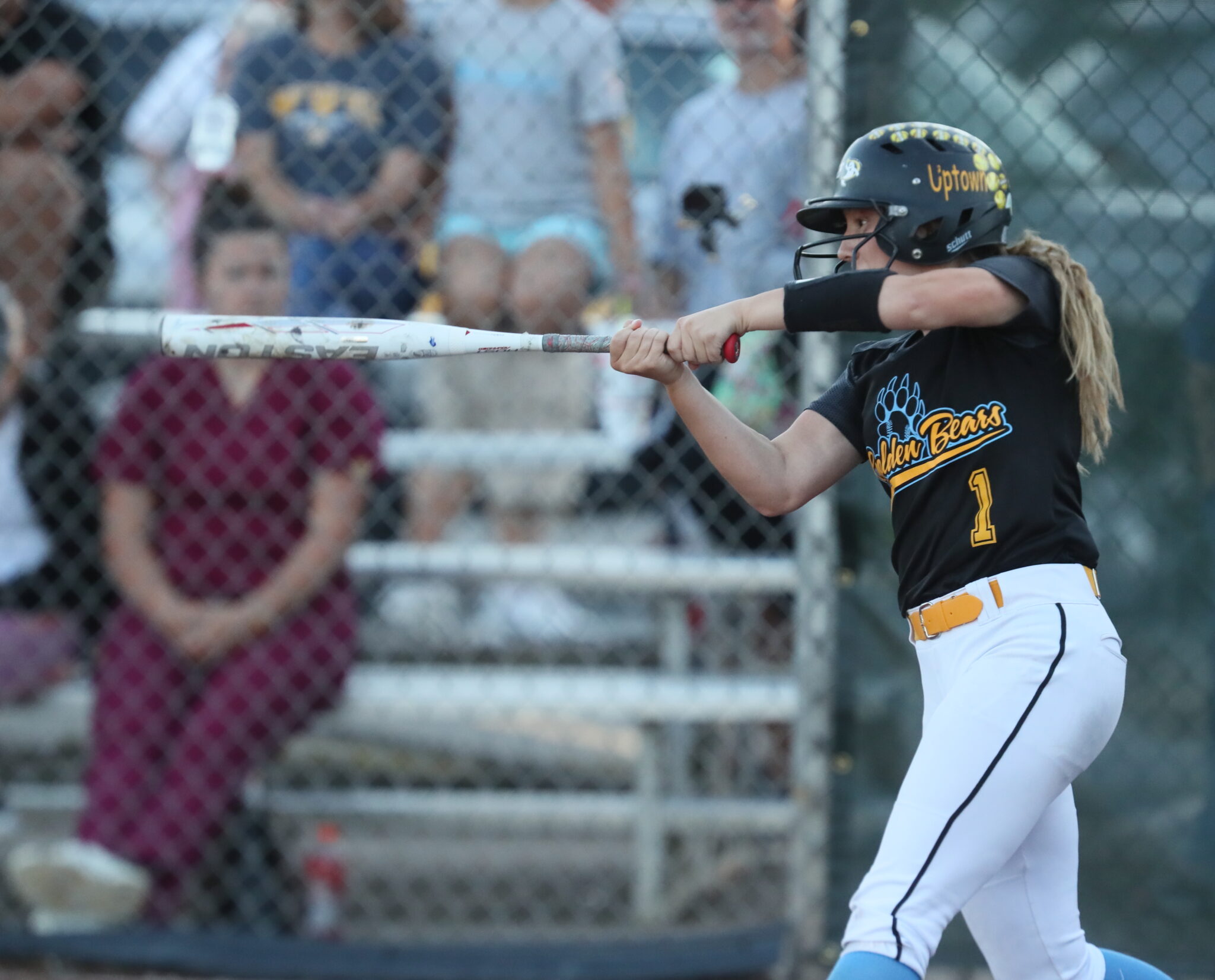 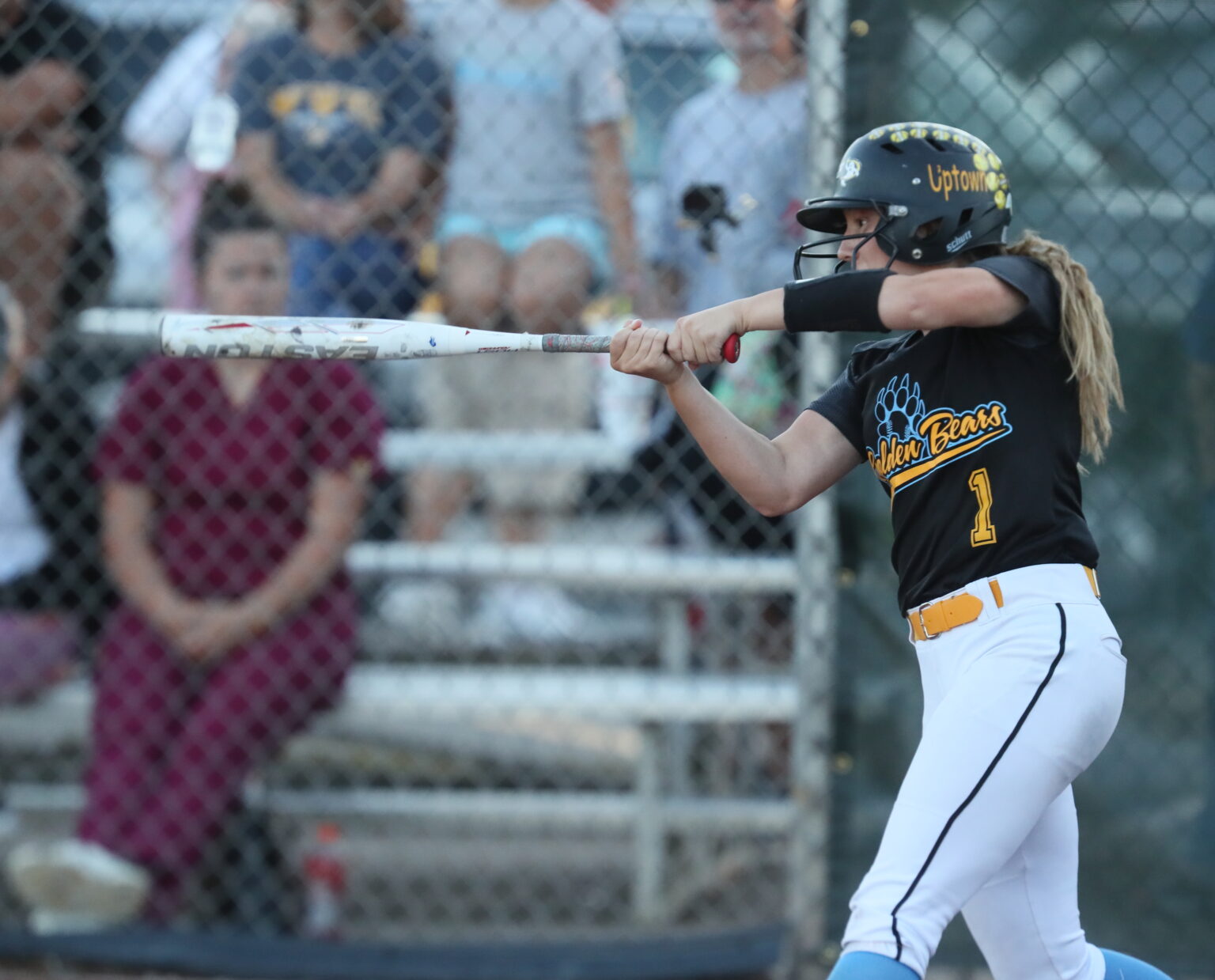 Oak Glen's Sydney Brown connects for a hit in the Golden Bears' victory over Sissonville. Photo by Eddie Ferrari 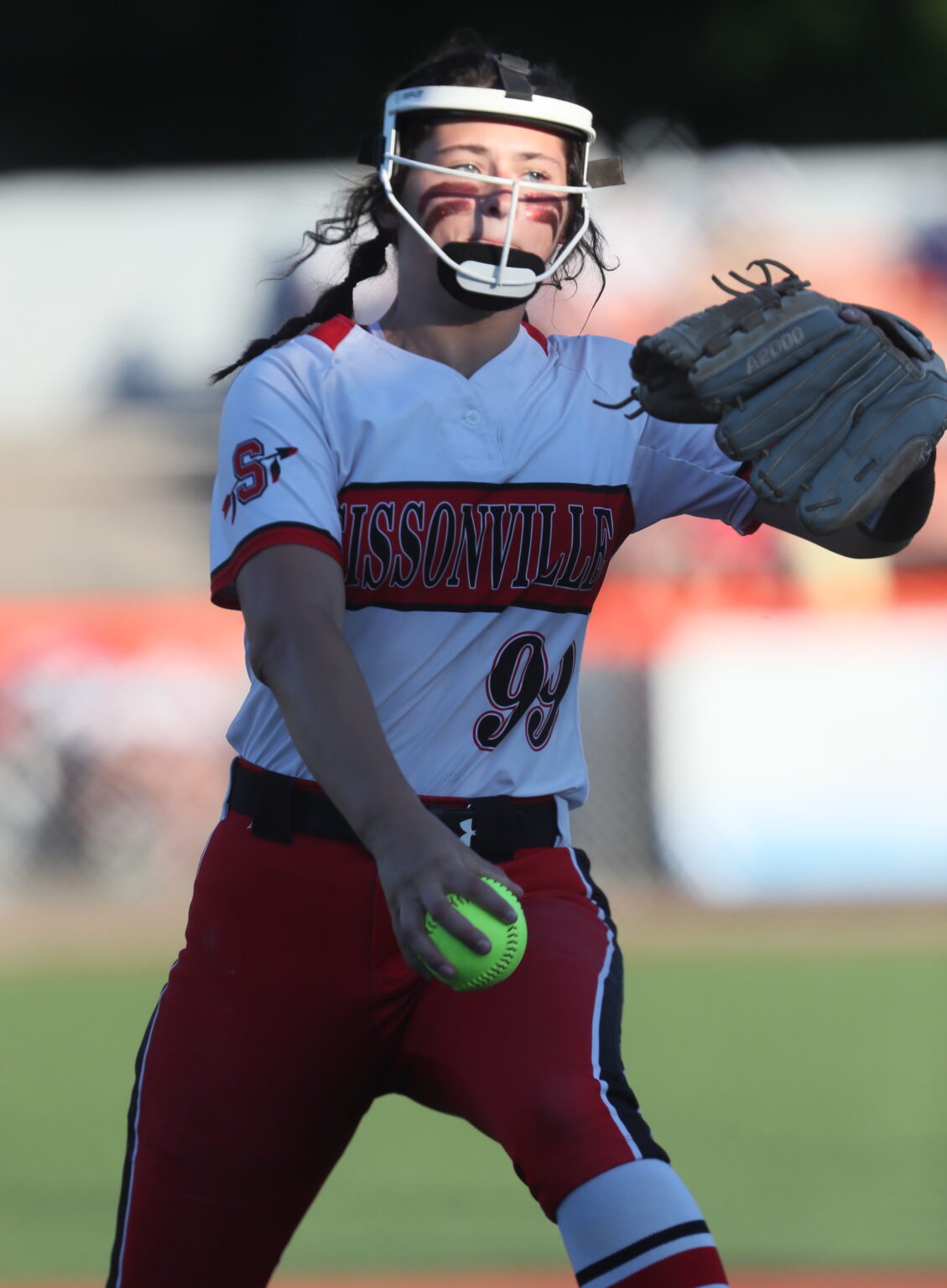 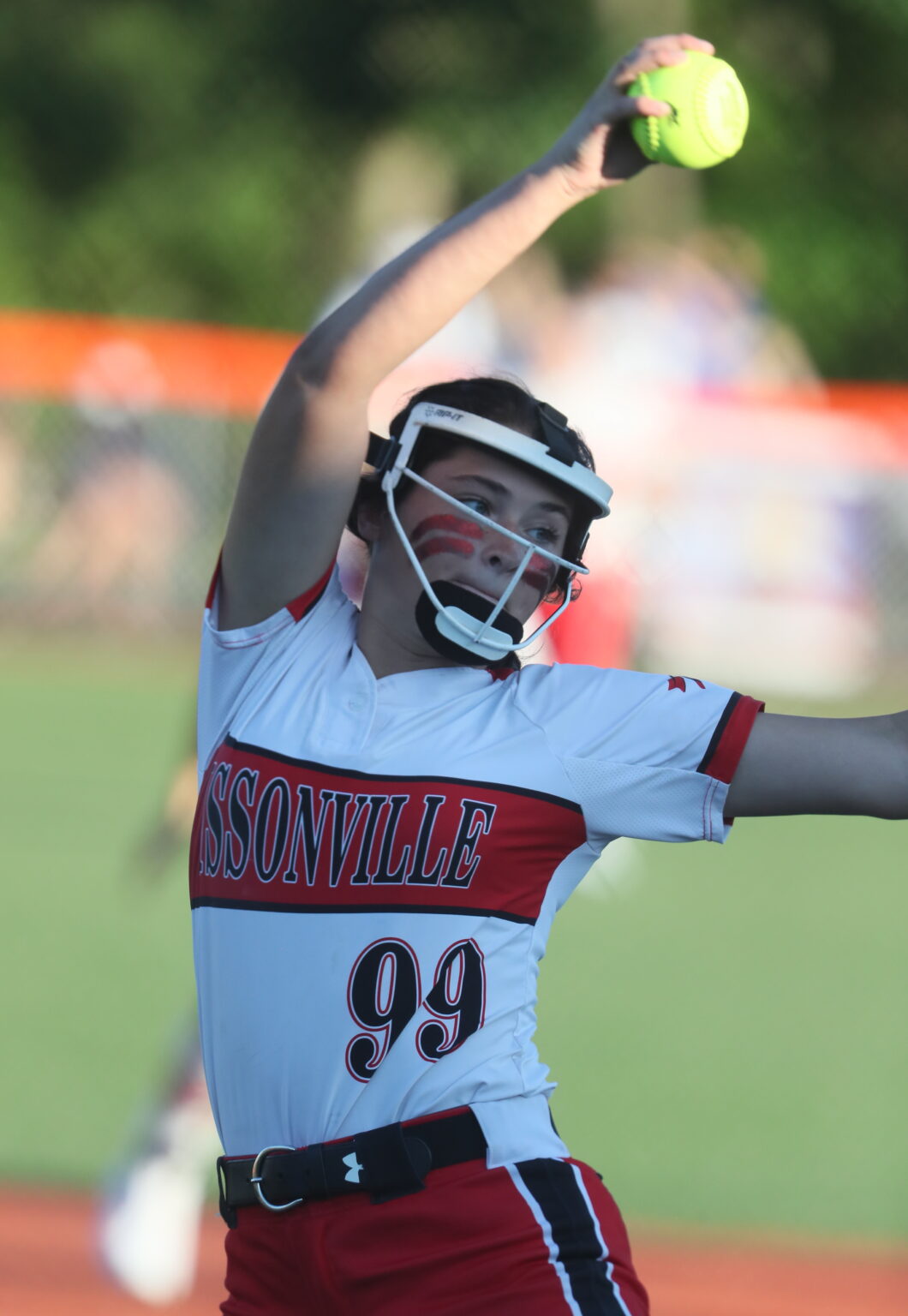 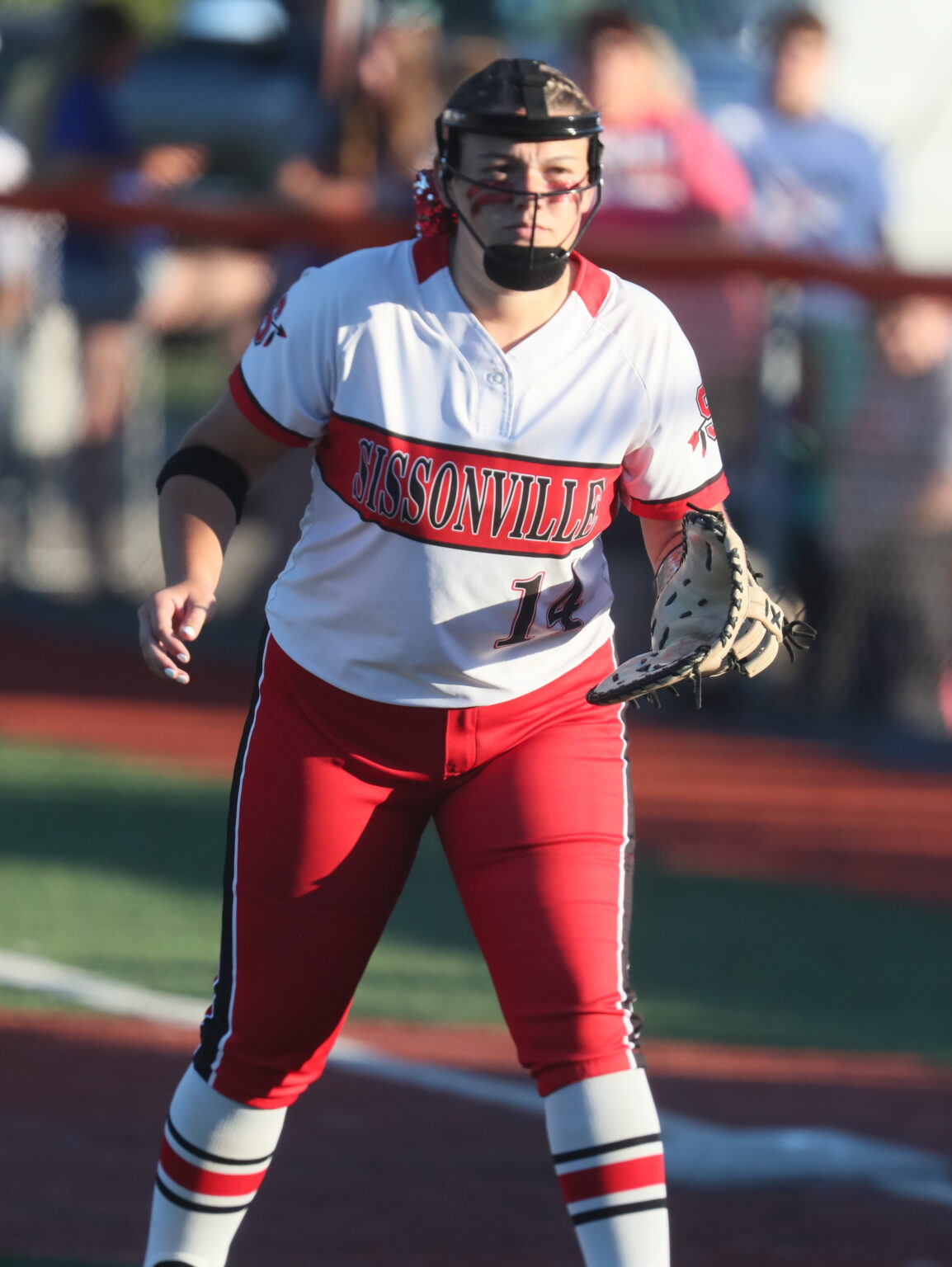 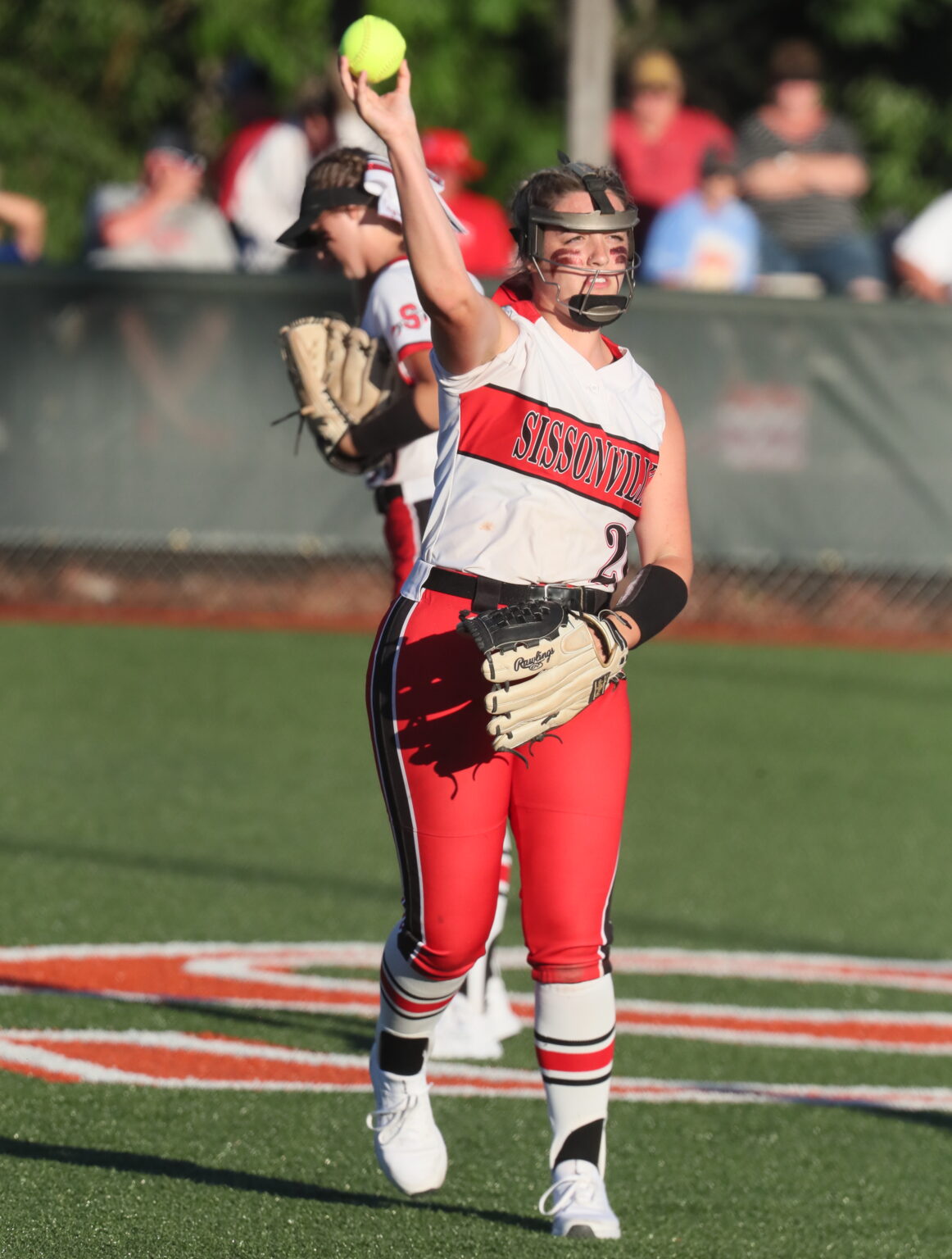 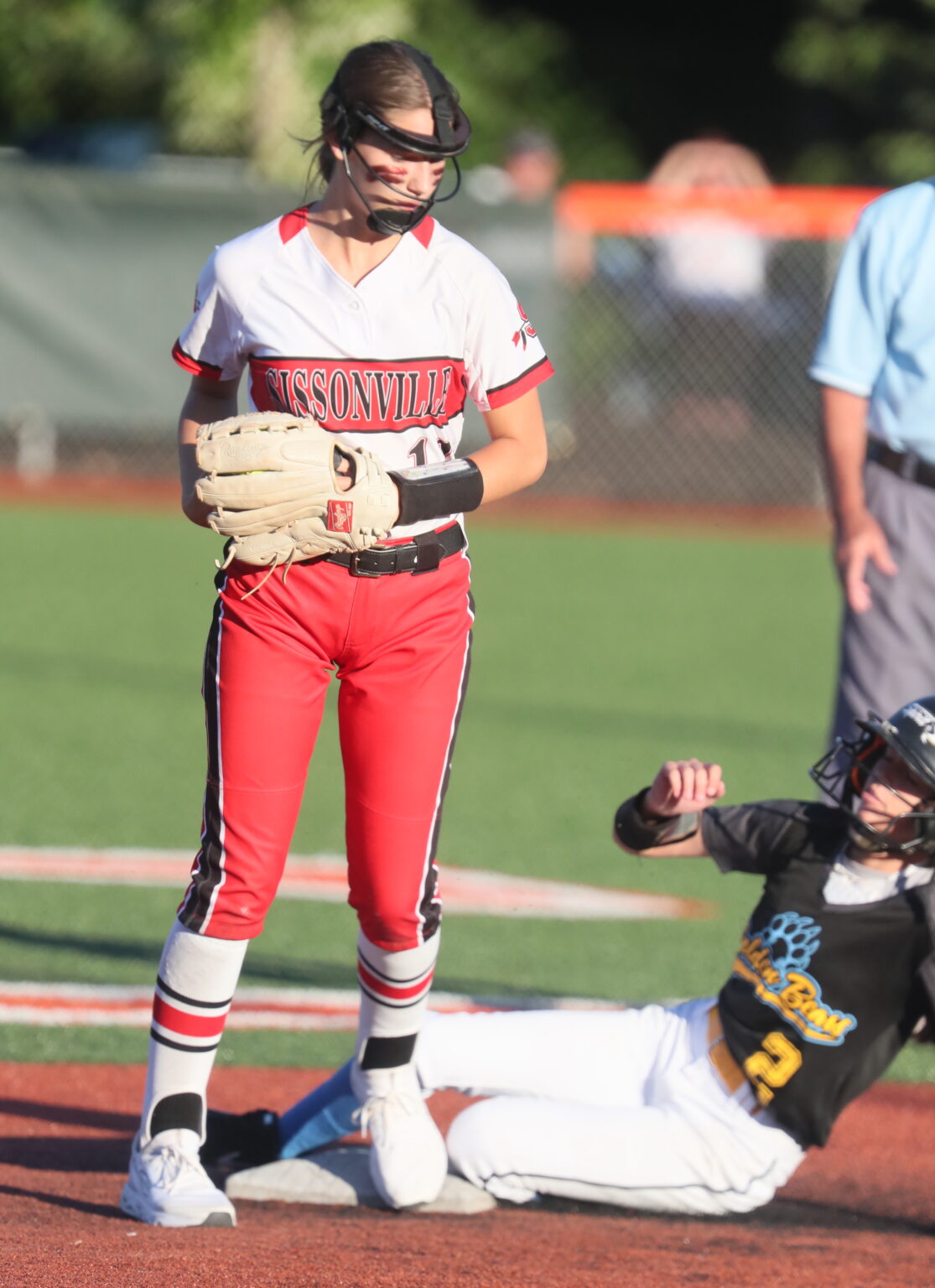 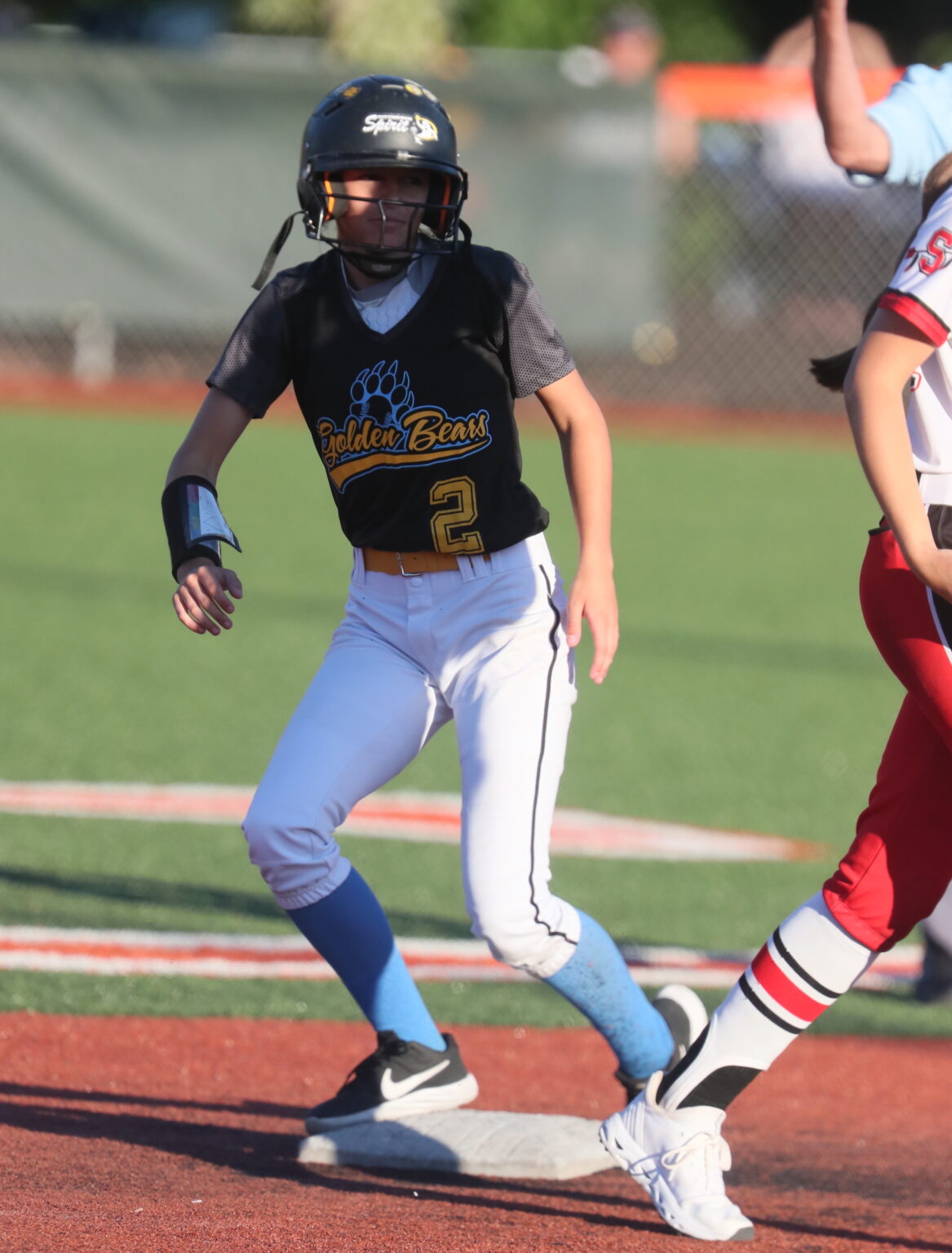 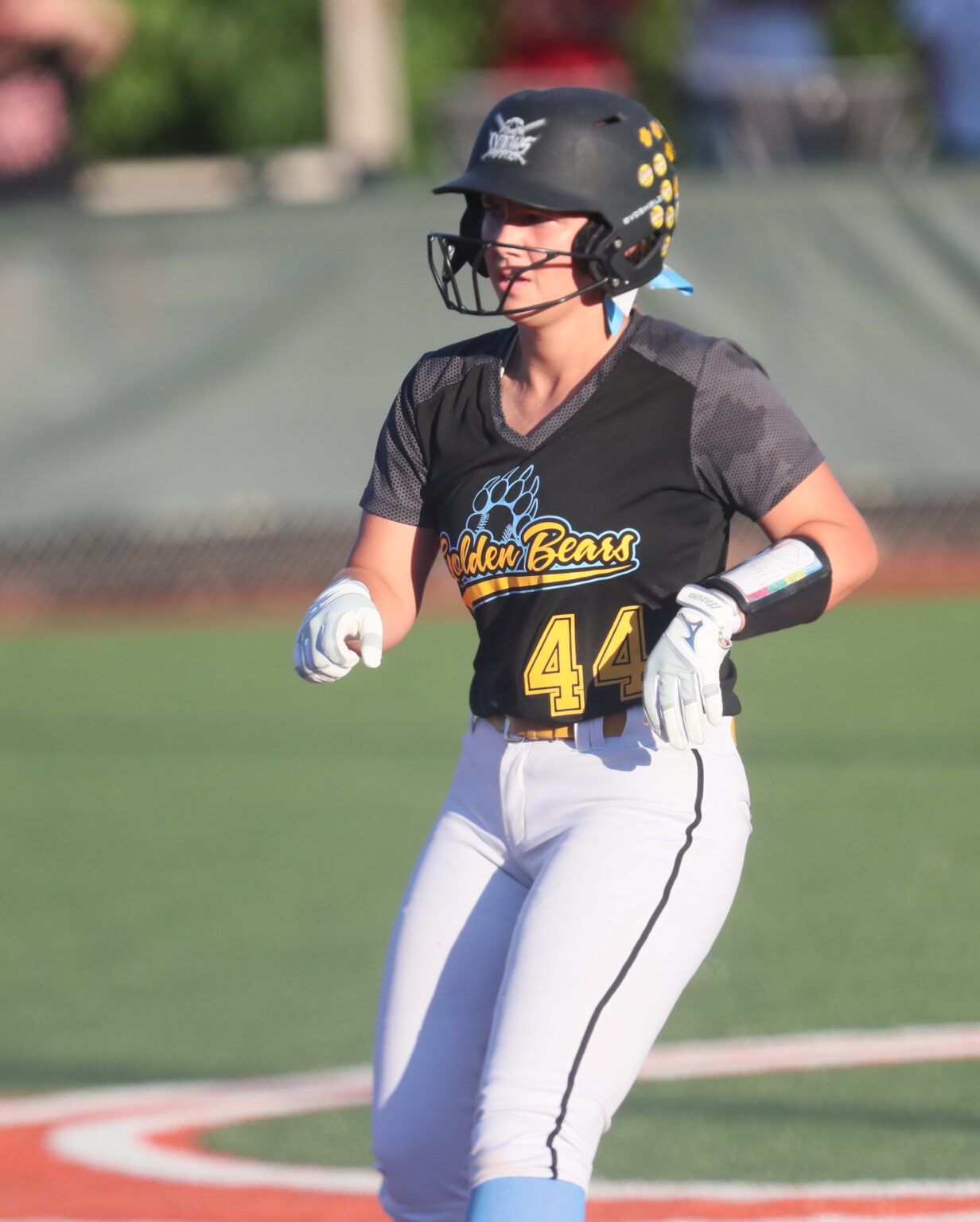 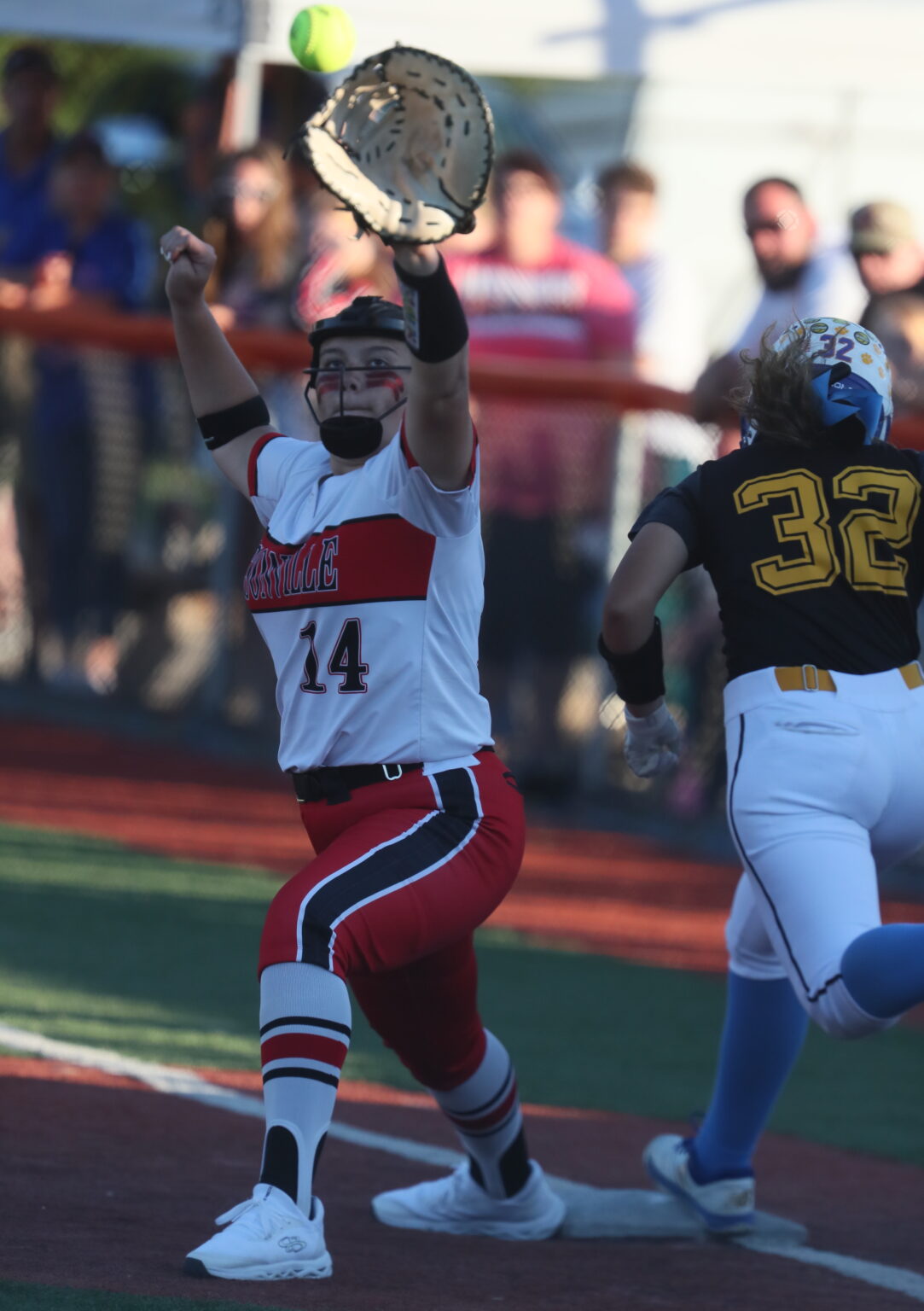 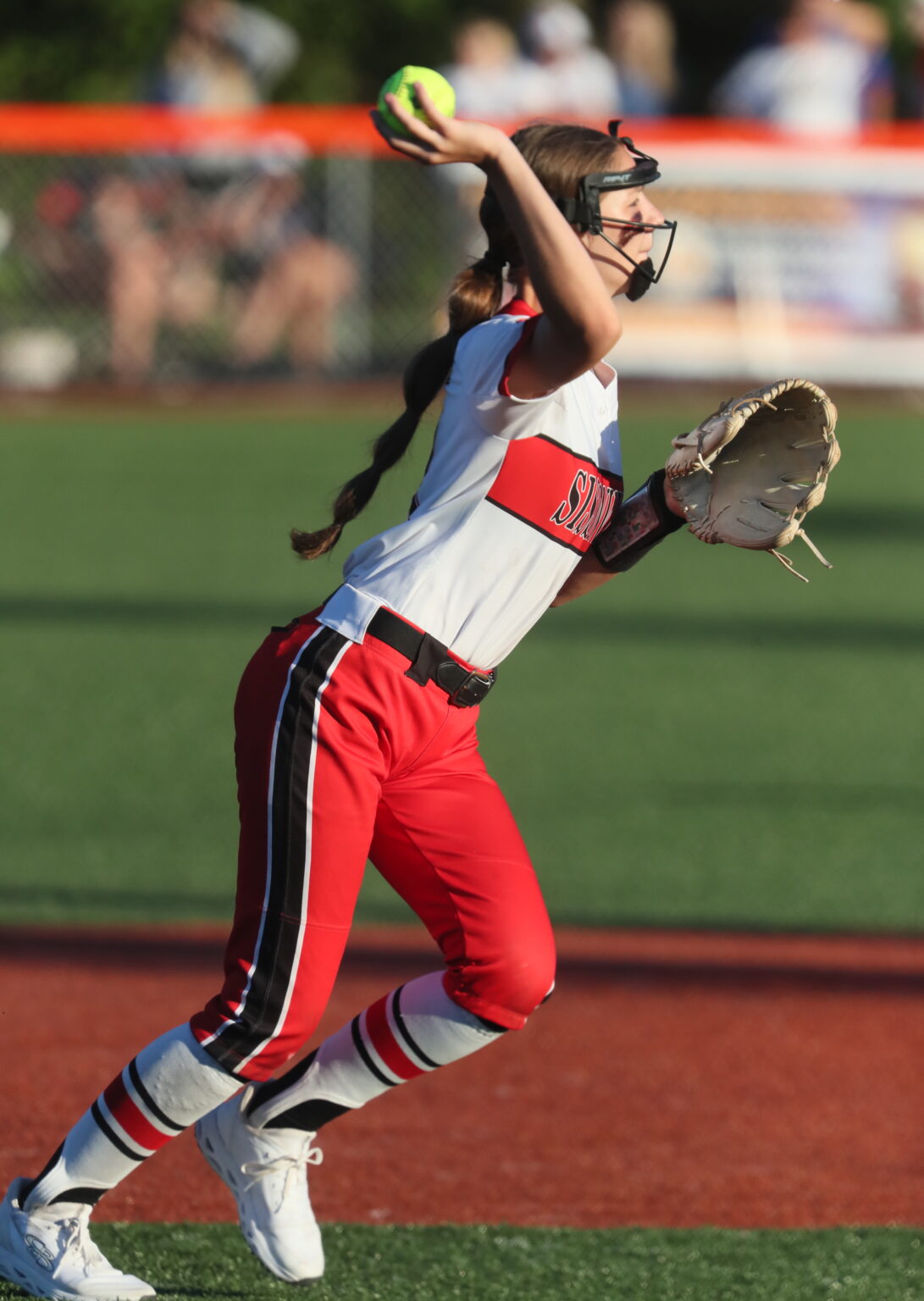 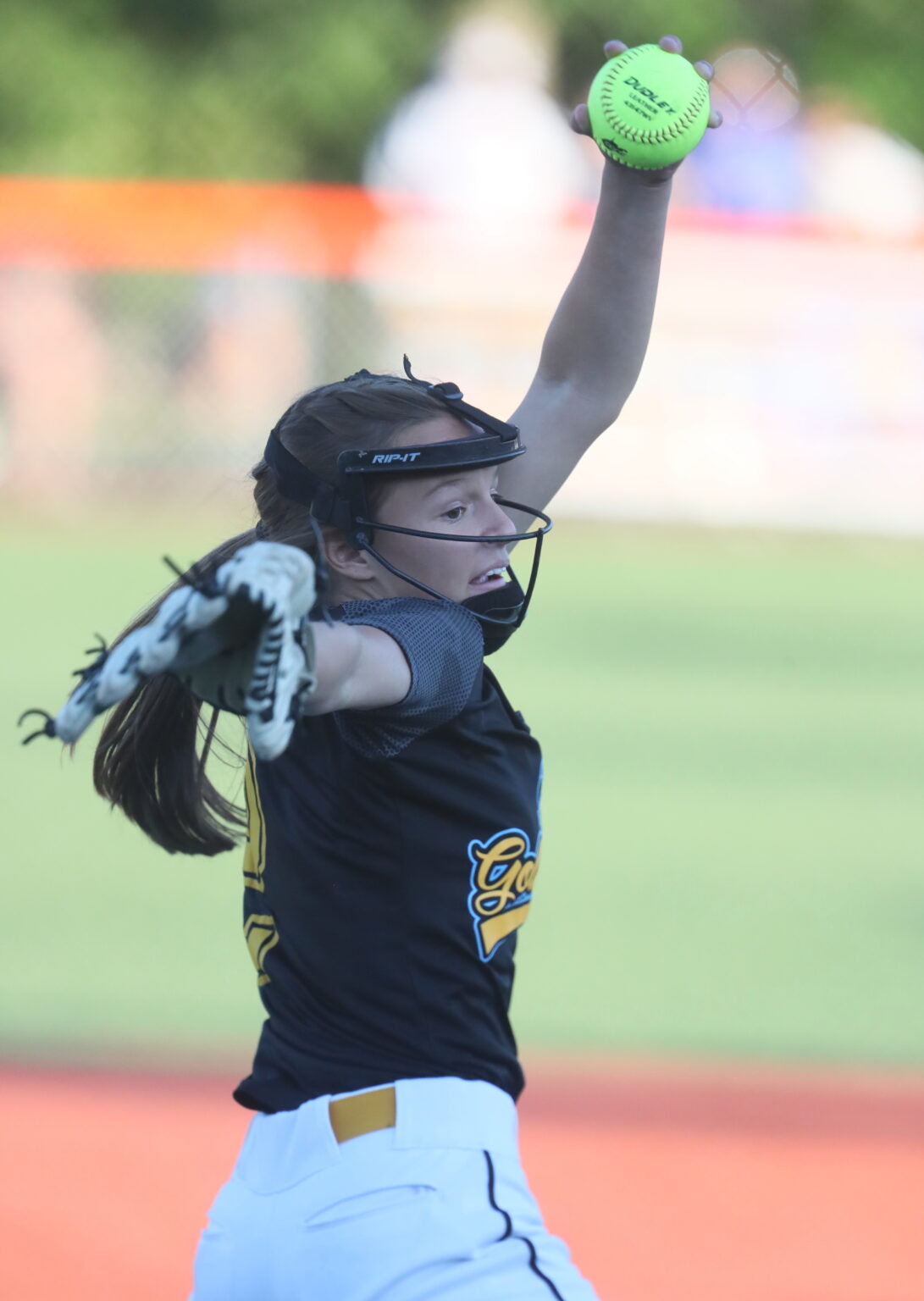 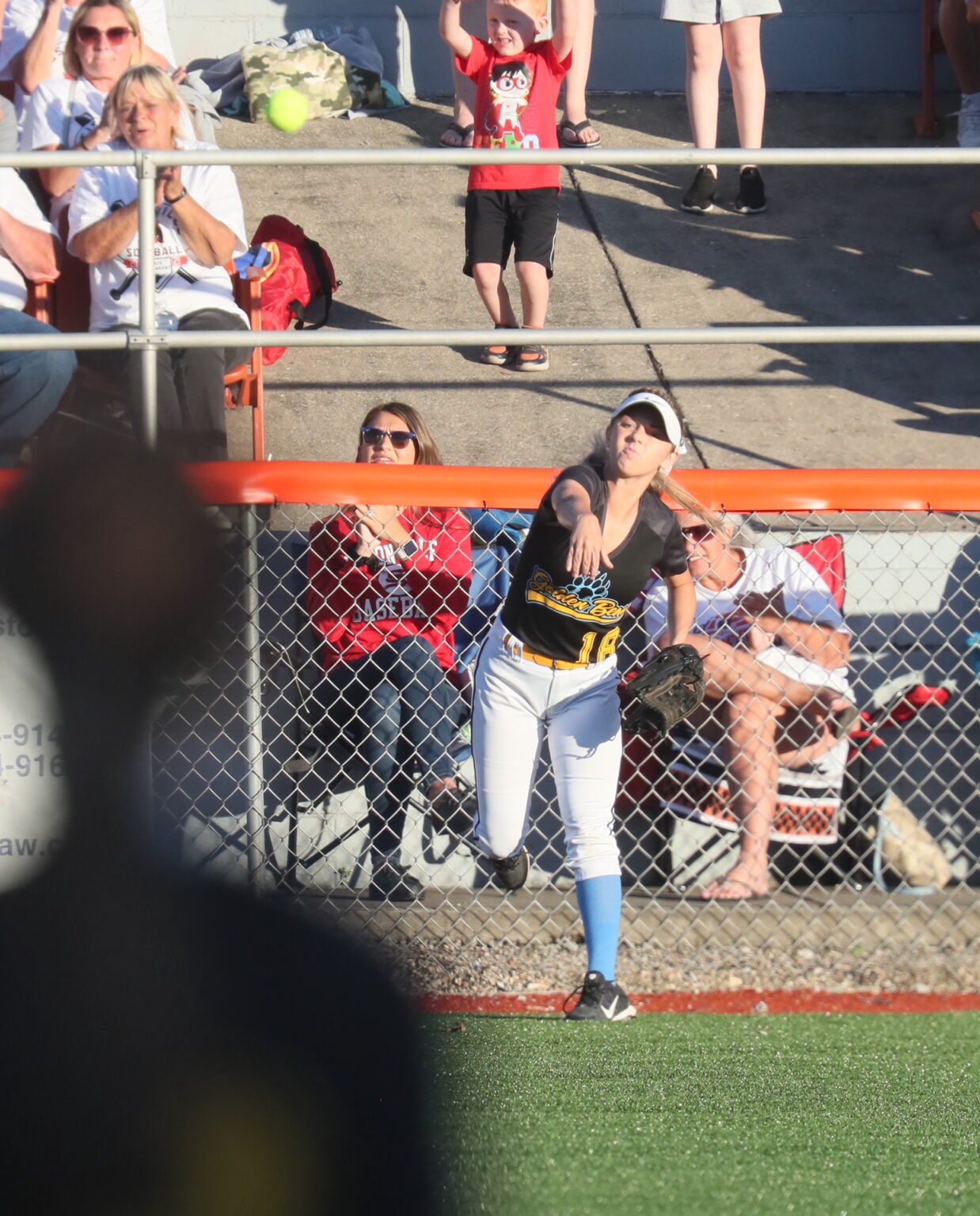 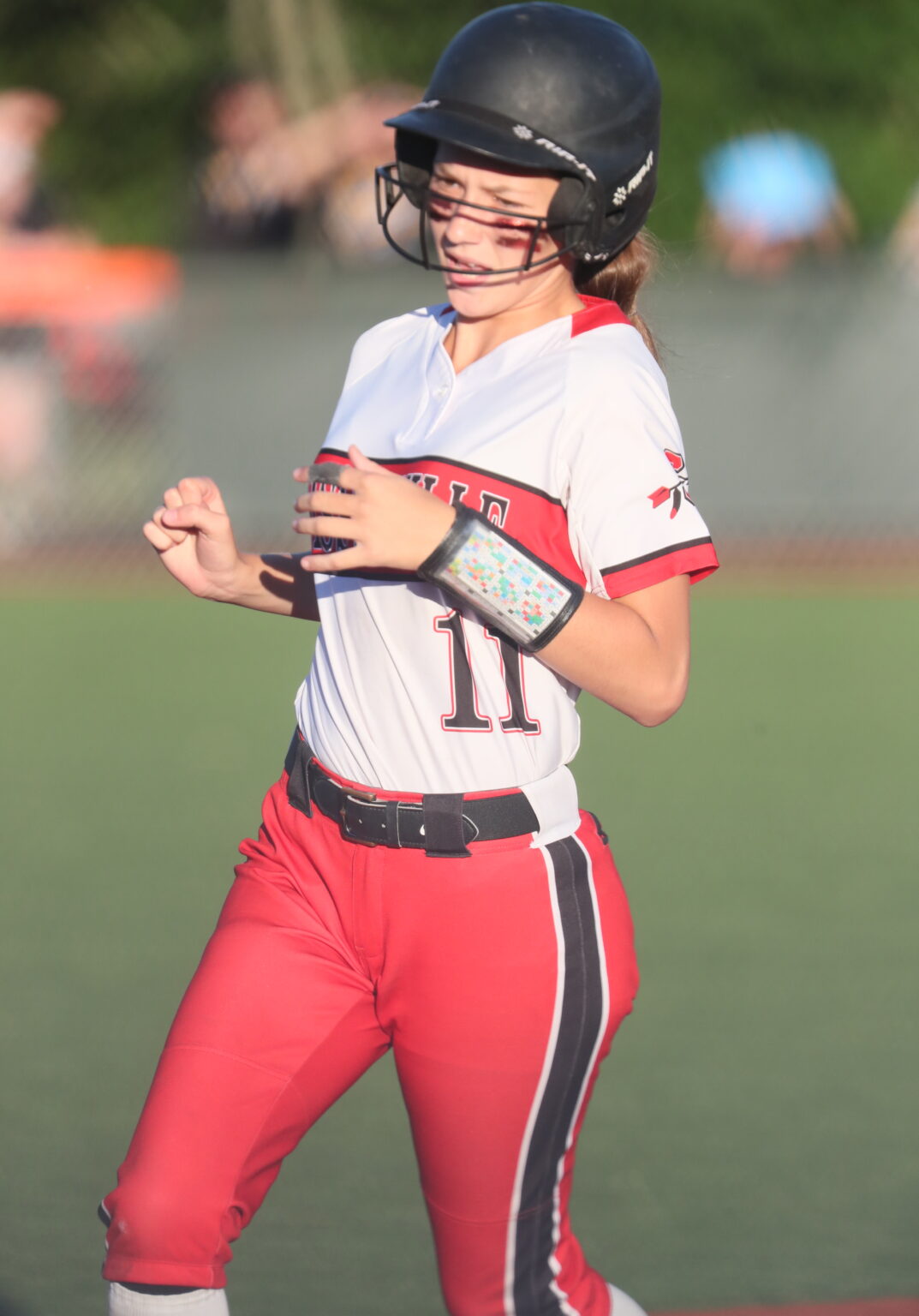 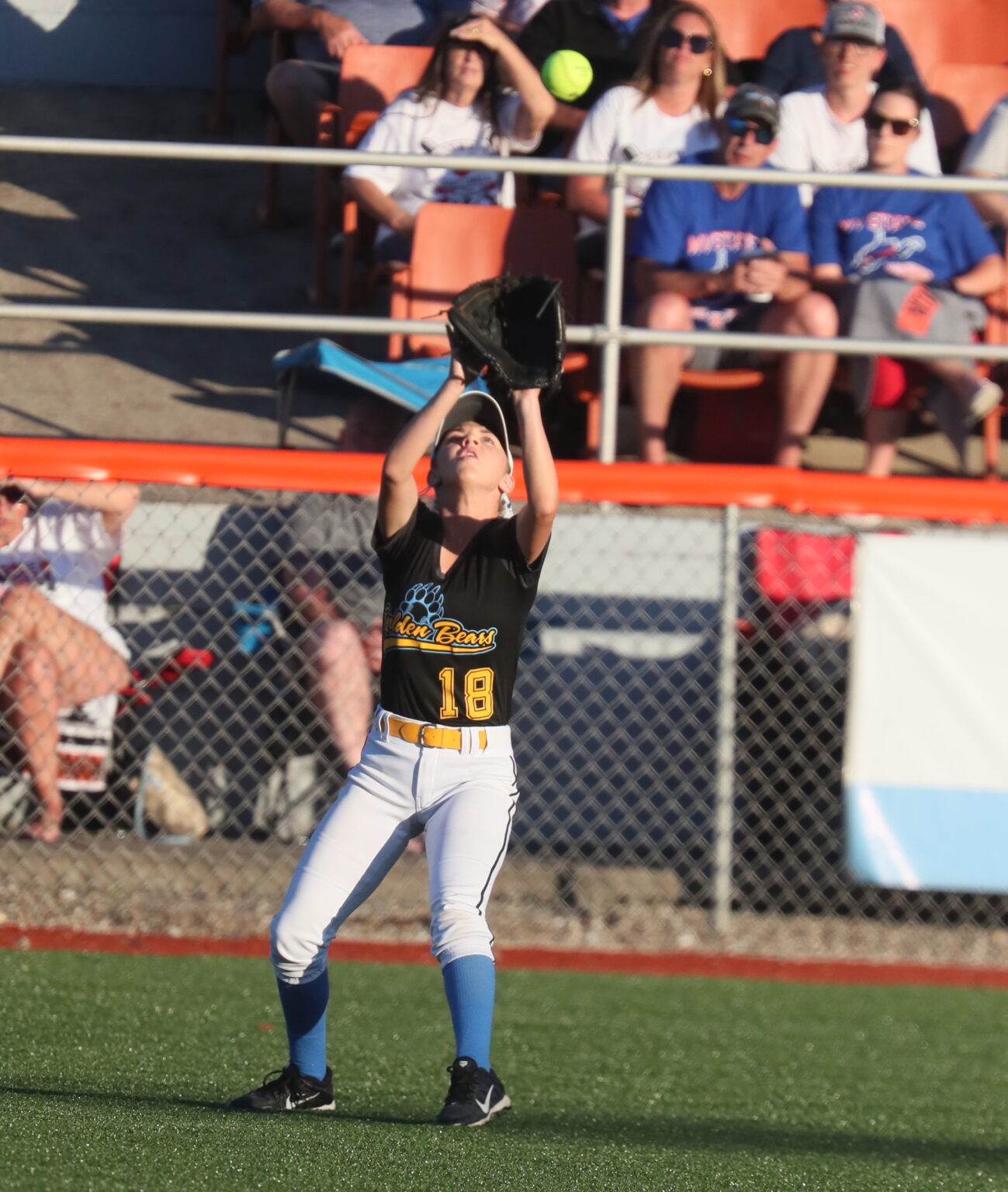 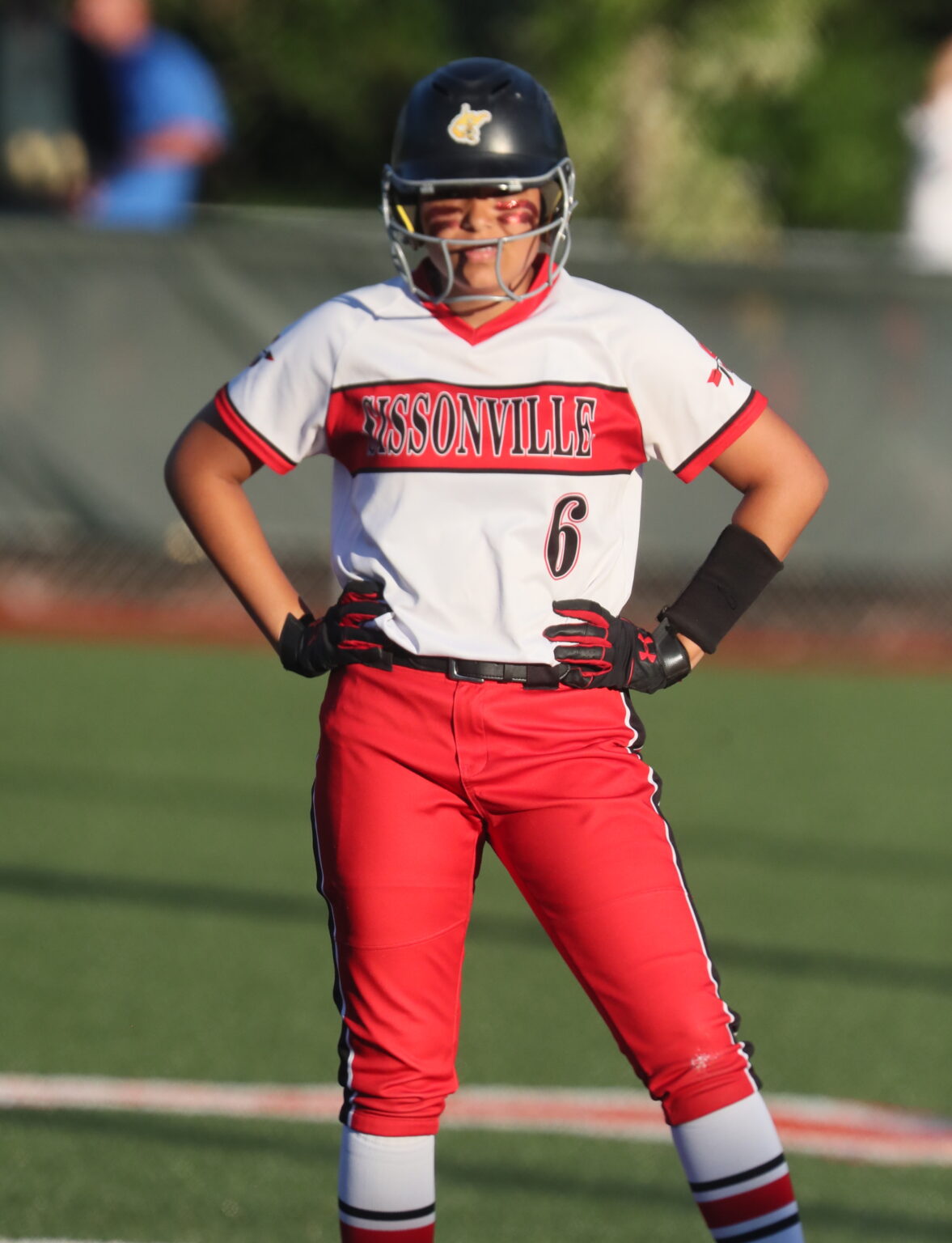 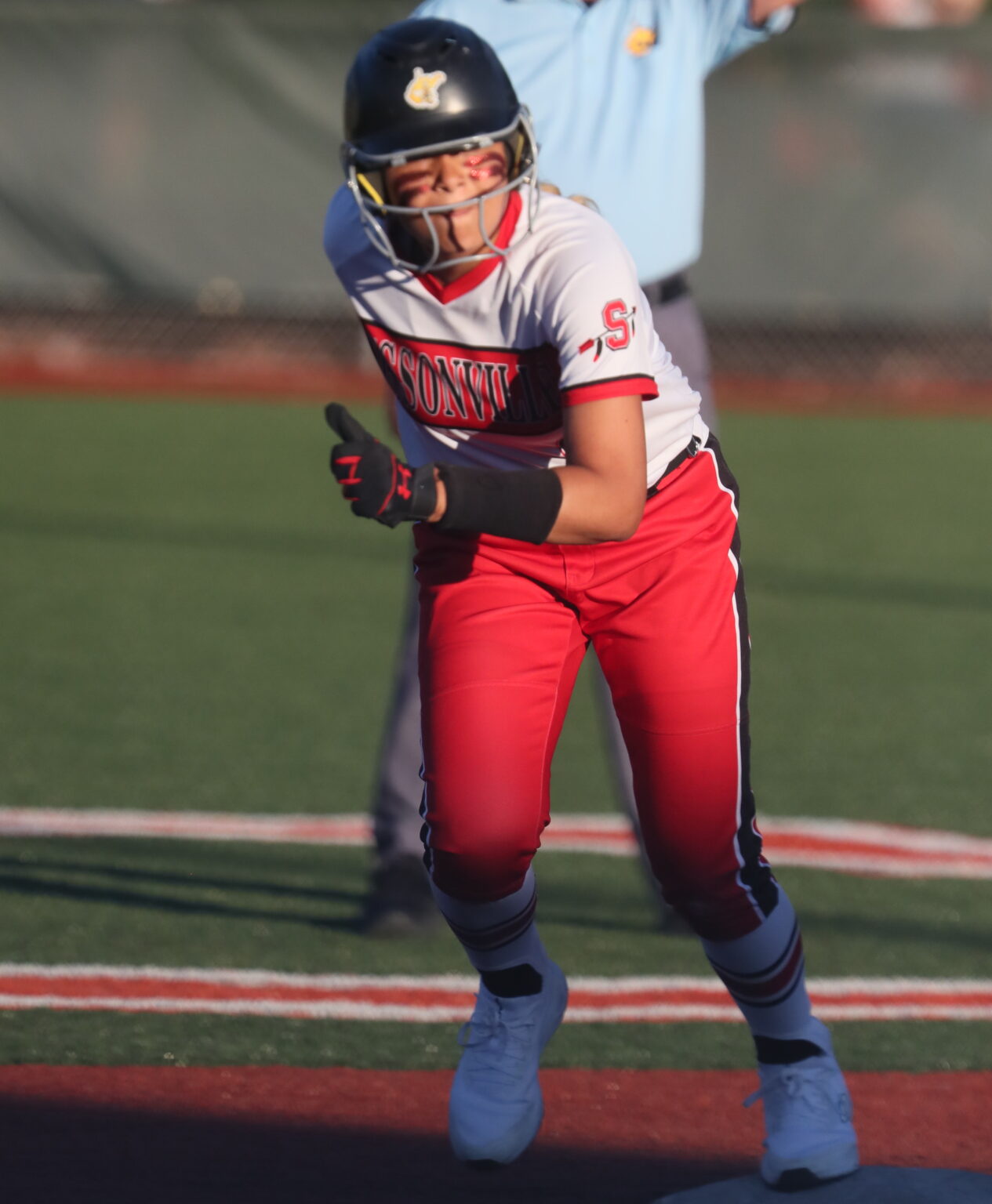 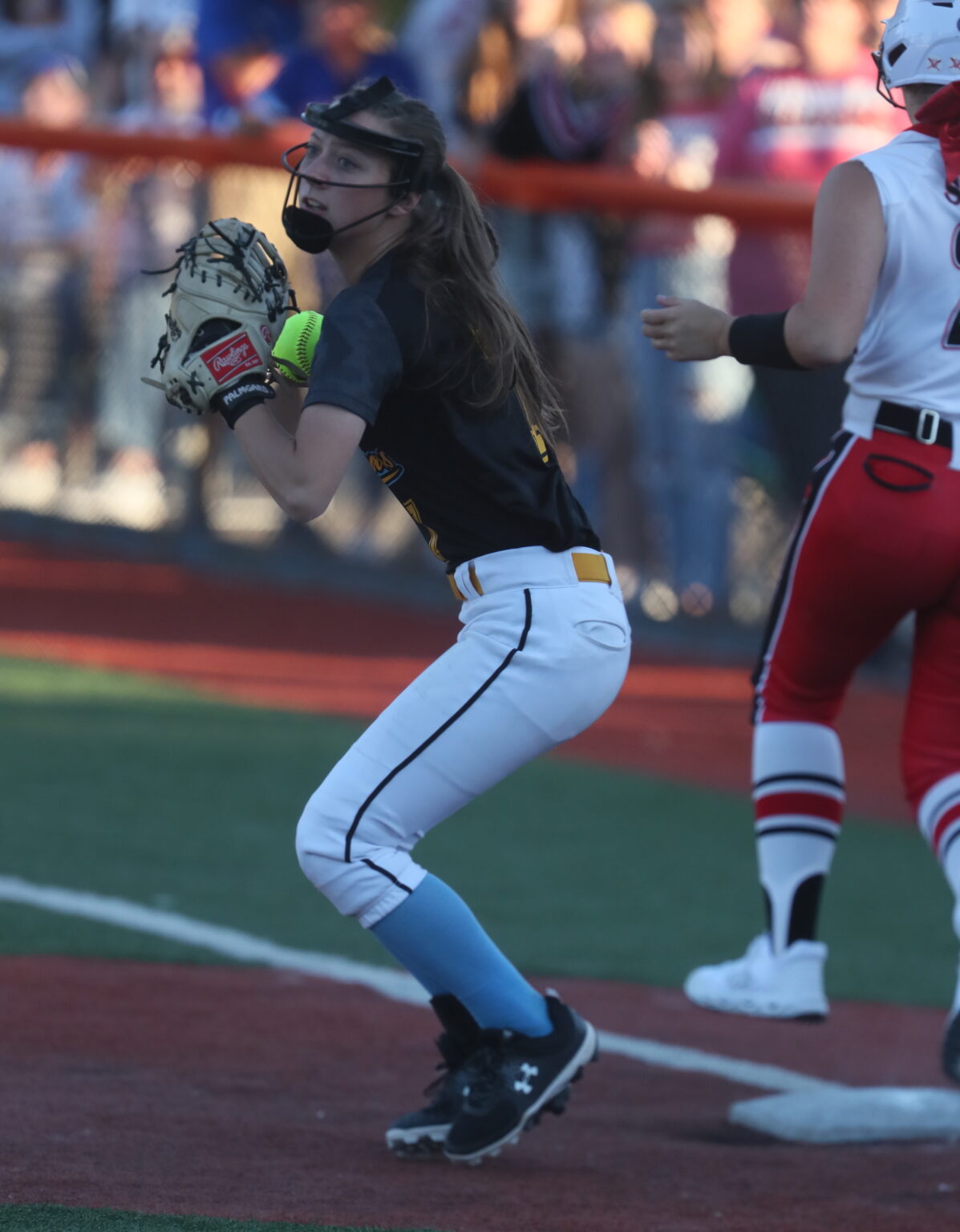 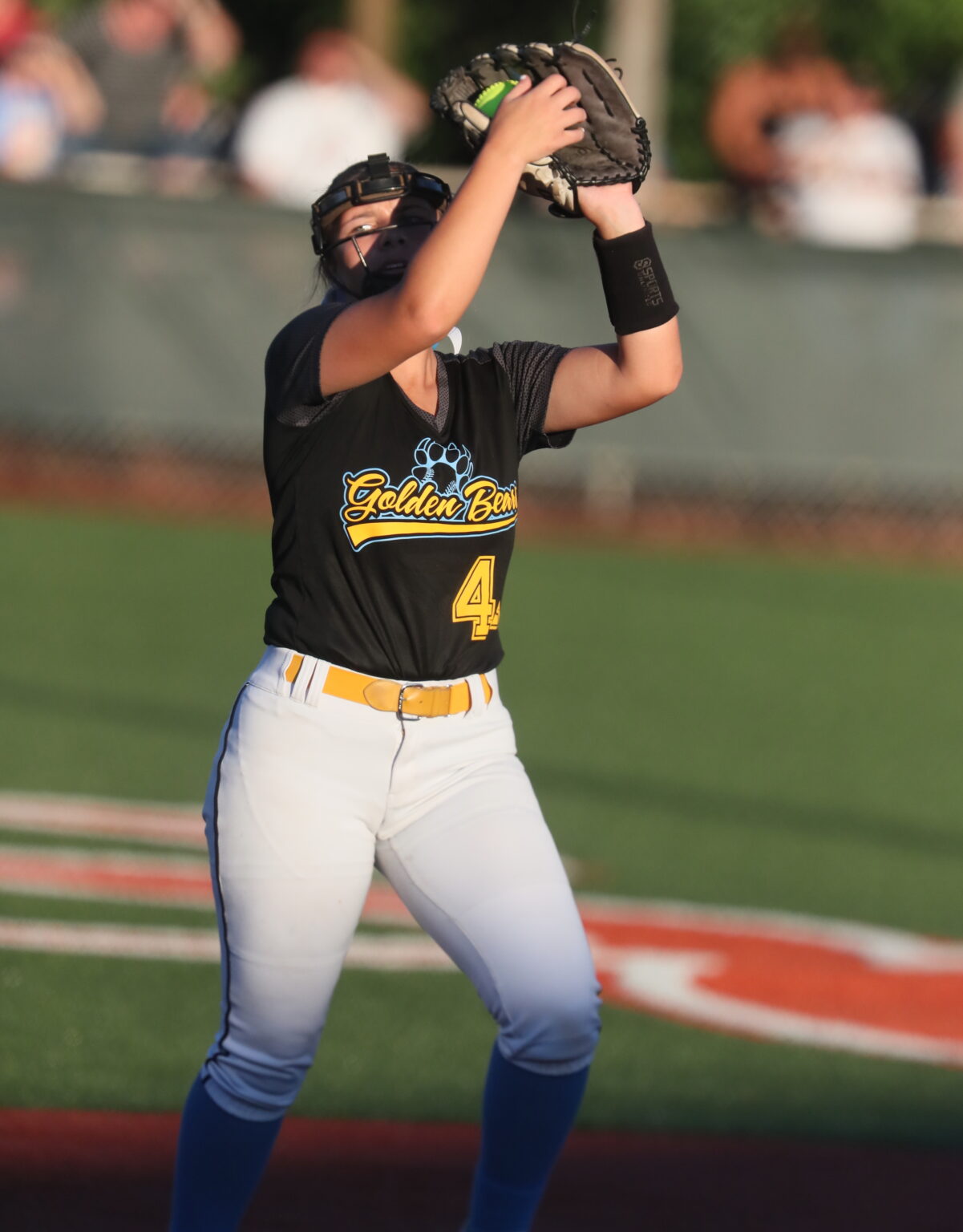 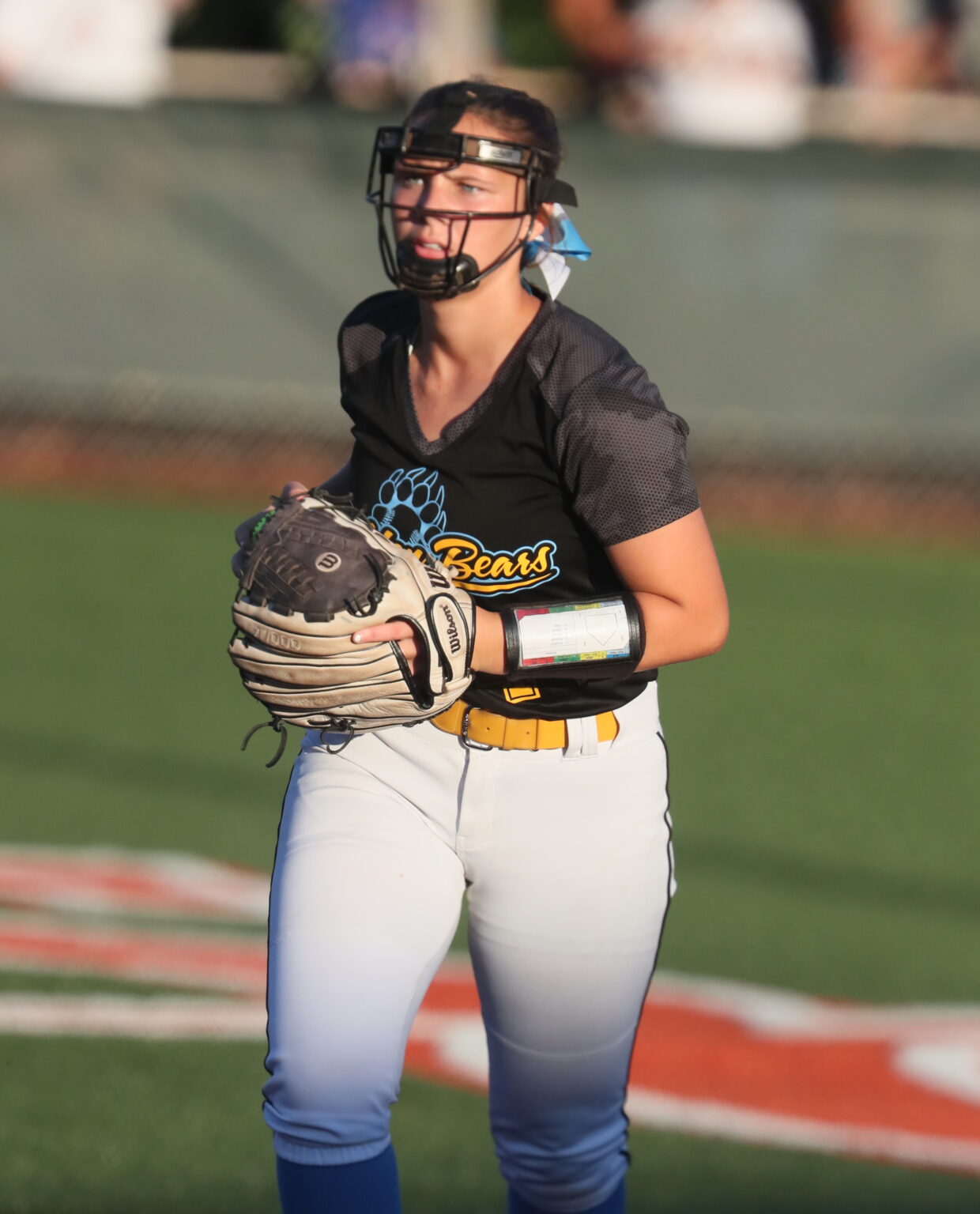 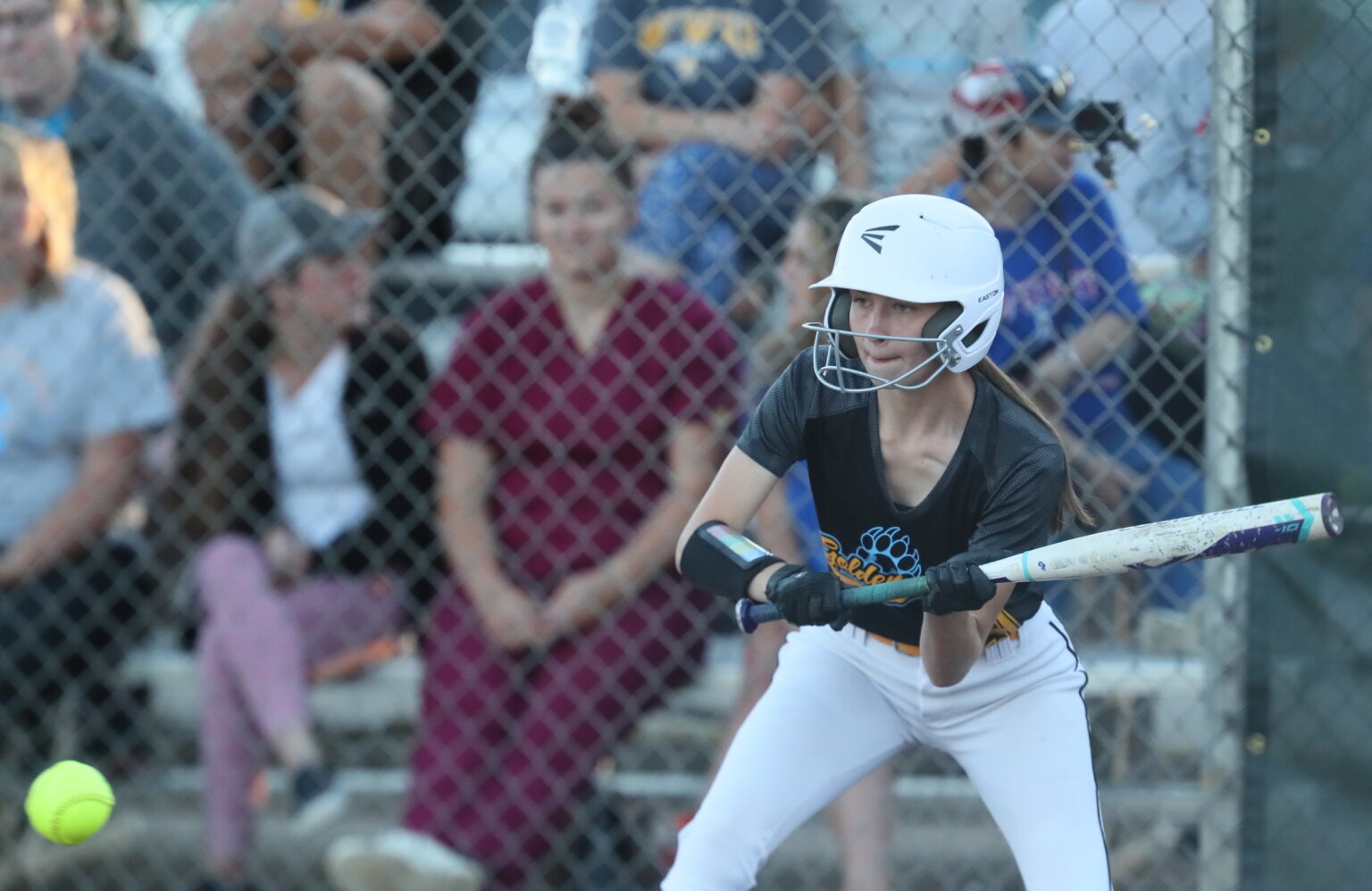 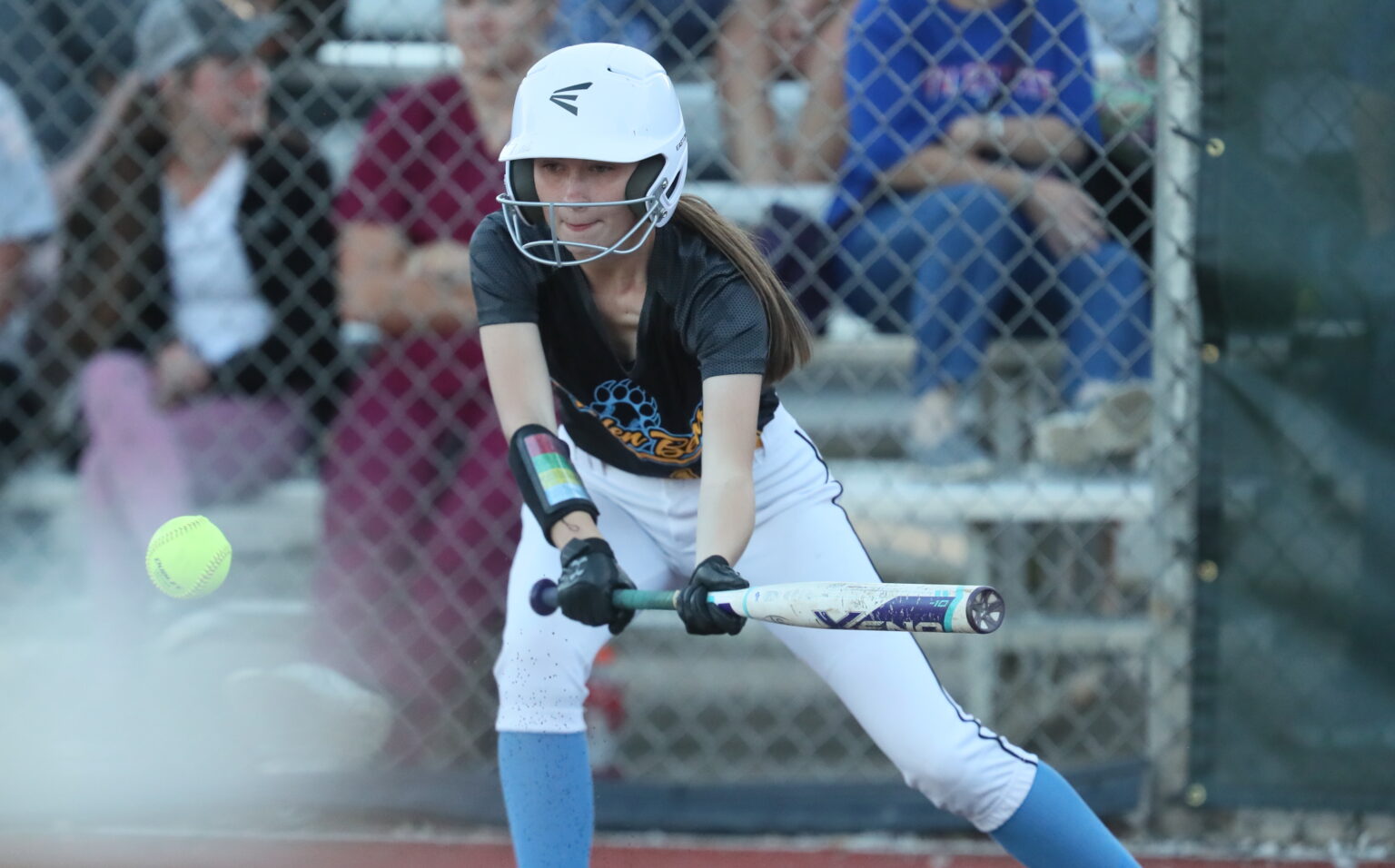 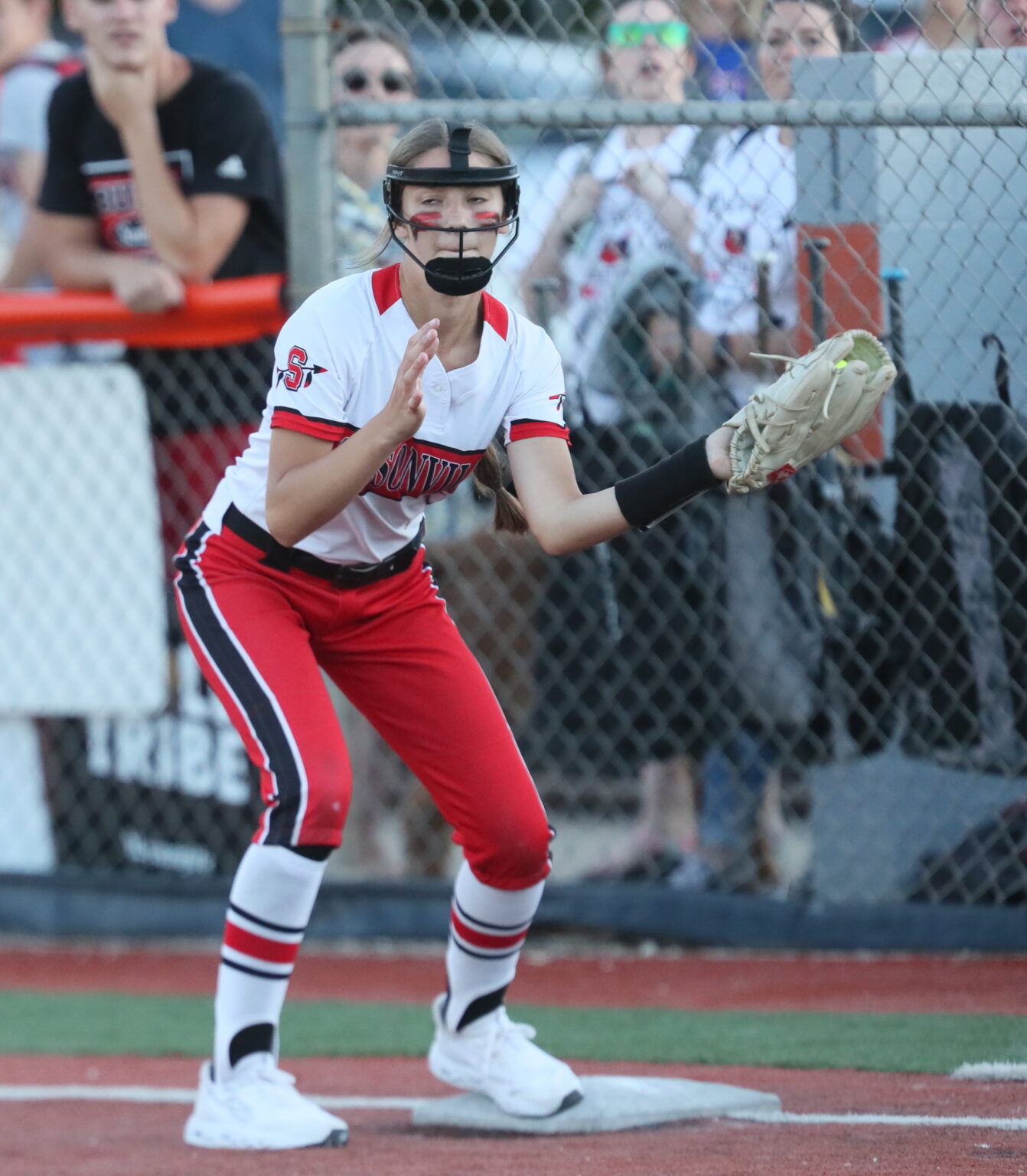 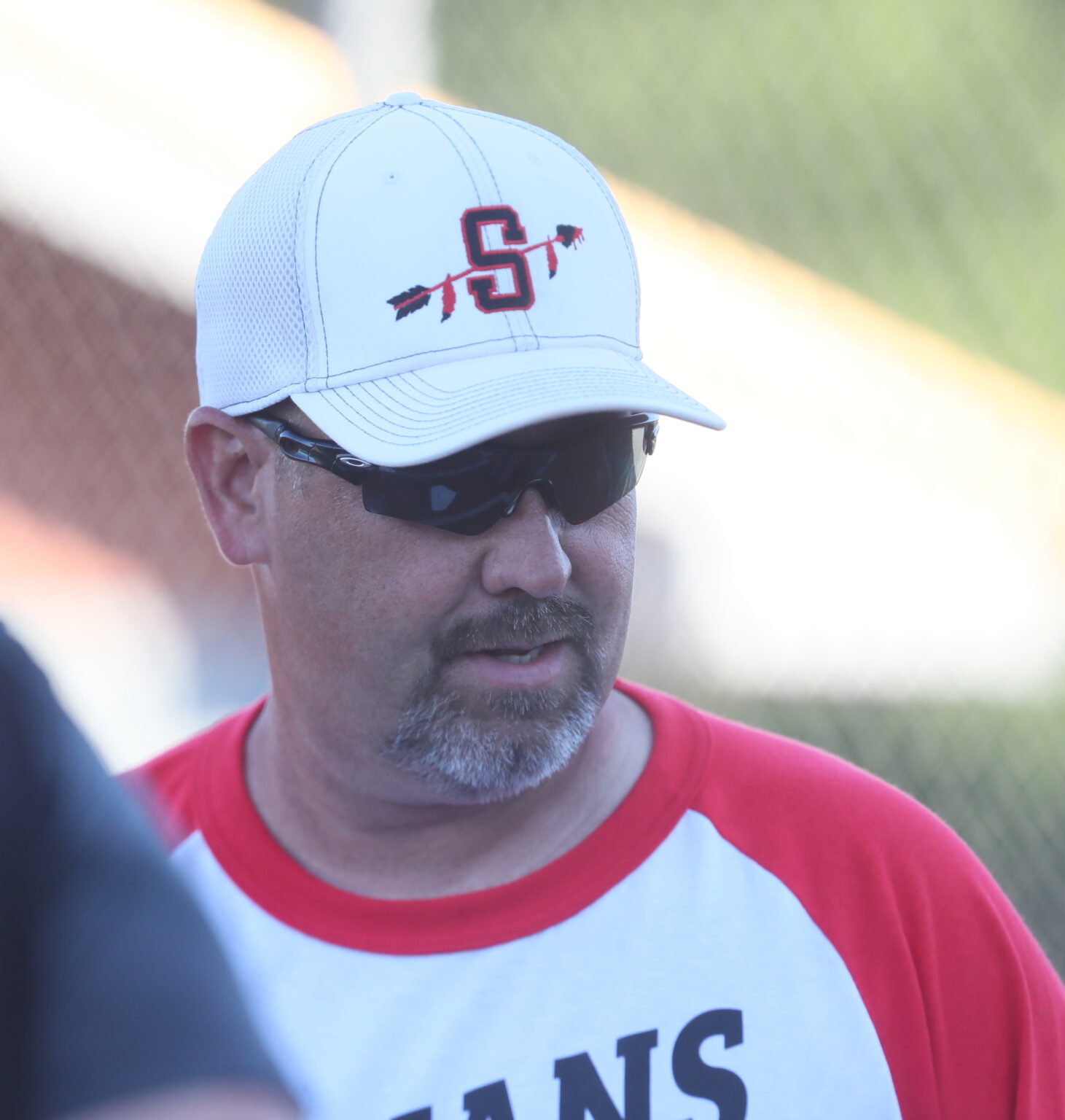 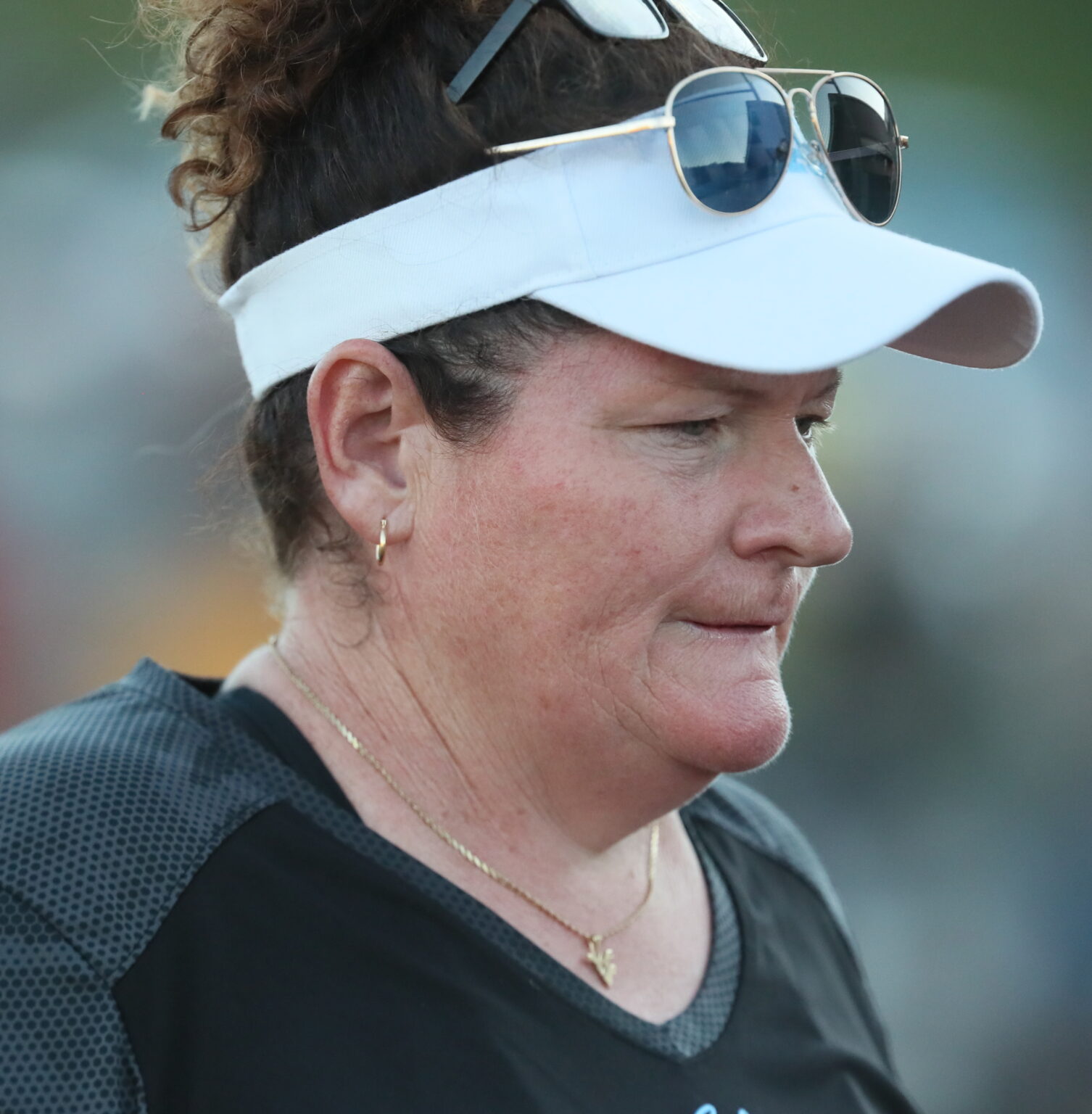 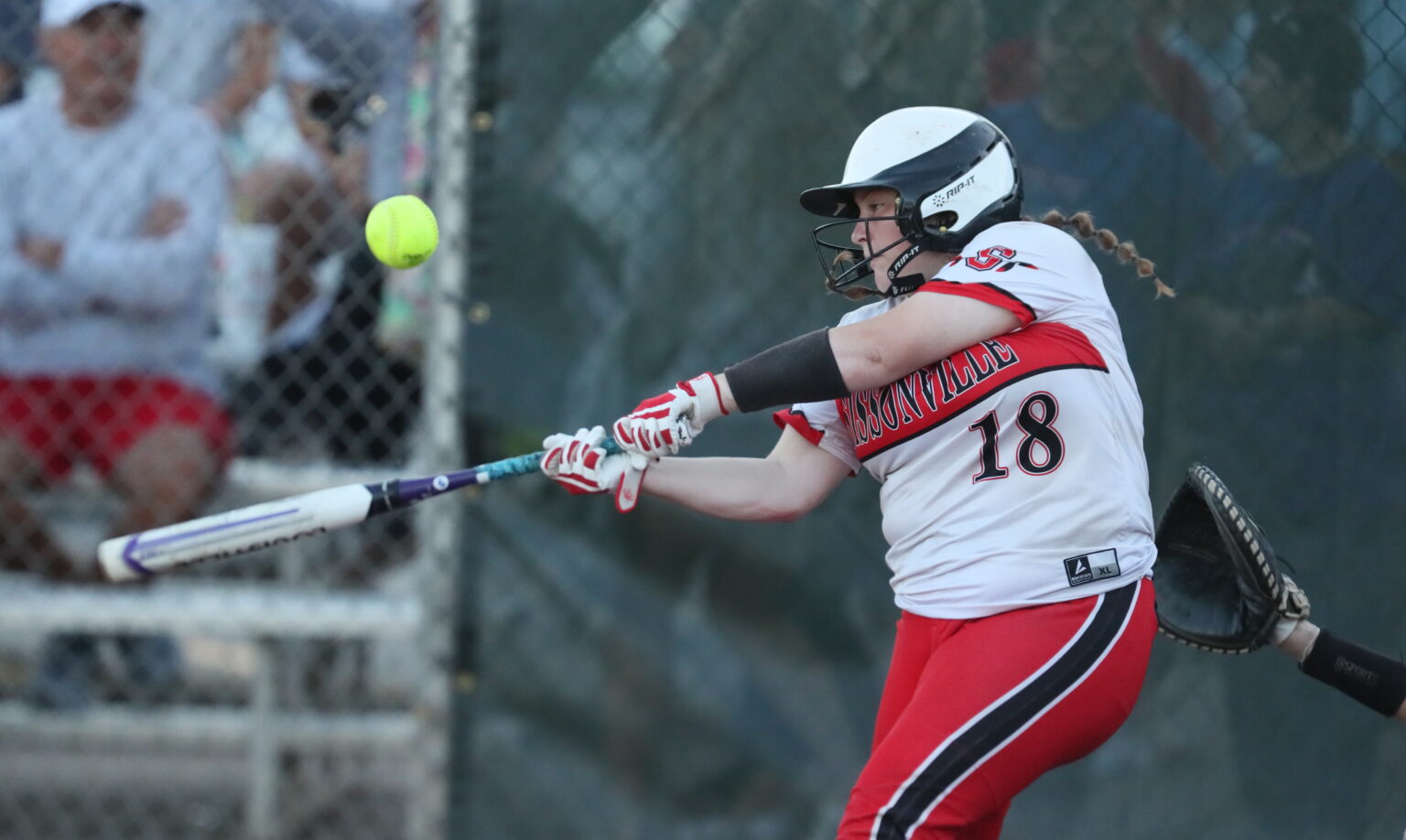 SOUTH CHARLESTON, W.Va. — After squandering a one-run lead in the bottom of the seventh inning, Oak Glen never panicked.

Instead, the Golden Bears buckled down and forced extra innings, where they squeezed across a run to regain a lead that stood in a 3-2 victory over Sissonville at Little Creek Park.

The victory moves Oak Glen (30-1) one win away from the Class AA championship, while Sissonville (20-5) will have to defeat Herbert Hoover for a fourth time this season in an elimination game to get another crack at the Golden Bears.

With the game tied at 2 in the top of the eighth inning, the Indians’ Alyssa Soblit was forced to relieve Madison Legg in the pitching circle as Legg had reached her 14-inning limit for the day.

Soblit struck out the first batter she faced, but Olivia Munoz followed with a solid single up the middle. A key sequence followed in which SHS made an error that allowed Makayla Zoellers to reach and Munoz to take third.

Amber Moore followed with a squeeze bunt that scored Munoz for what proved to be the winning run.

“We get to sleep in tomorrow and rest is important at this point,” Garner said. “This is a grueling tournament.”

Maddie McKay, who earlier Tuesday pitched a complete game shutout in a 5-0 win over Independence, retired Sissonsville in order in the eighth to seal the win.

McKay didn’t pitch against the Indians until the start of the fourth inning, allowing her to throw when the game went to extras.

Instead, the Golden Bears started Lizzie Kell in the pitching circle. Kell allowed a leadoff triple to Emma Meade, who scored in the first inning to give the Indians the early 1-0 lead.

Oak Glen got even in the third on McKay’s double that scored Kell, who had led off with a triple.

Kell tripled again in the fifth to score Sydney Brown for a 2-1 lead — the Golden Bears’ first advantage of the game.

“She’s called the little nugget for a reason,” Garner said. “She’s something special. She really is everywhere. Defense, pitching and she can come through and hit and she did. She had a fantastic day.”

But Oak Glen couldn’t add any insurance, with Legg working around Kell’s triple to keep the deficit at one run for Sissonville.

The Indians got a leadoff single from Soblit in the seventh and Legg followed with a single. A third consecutive single from Gracelyn Hill allowed Soblit to score the tying run and with no outs, the Golden Bears appeared to be in trouble.

Autumn Bailey’s sacrifice bunt put the winning run at third base with one out, but McKay struck out the next two batters to send the game to extra innings.

“They absolutely trust each other and believe in the next girl to come through,” Garner said.

McKay earned the win by allowing one run in five innings. She struck out six after taking over for Kell, who threw three solid innings and also allowed one run.

Kell led all players with three hits in the win.

“I’ve been in a little bit of a slump lately,” Kell said. “I was just glad to get on base, help the team out and make life easier on Maddie.”