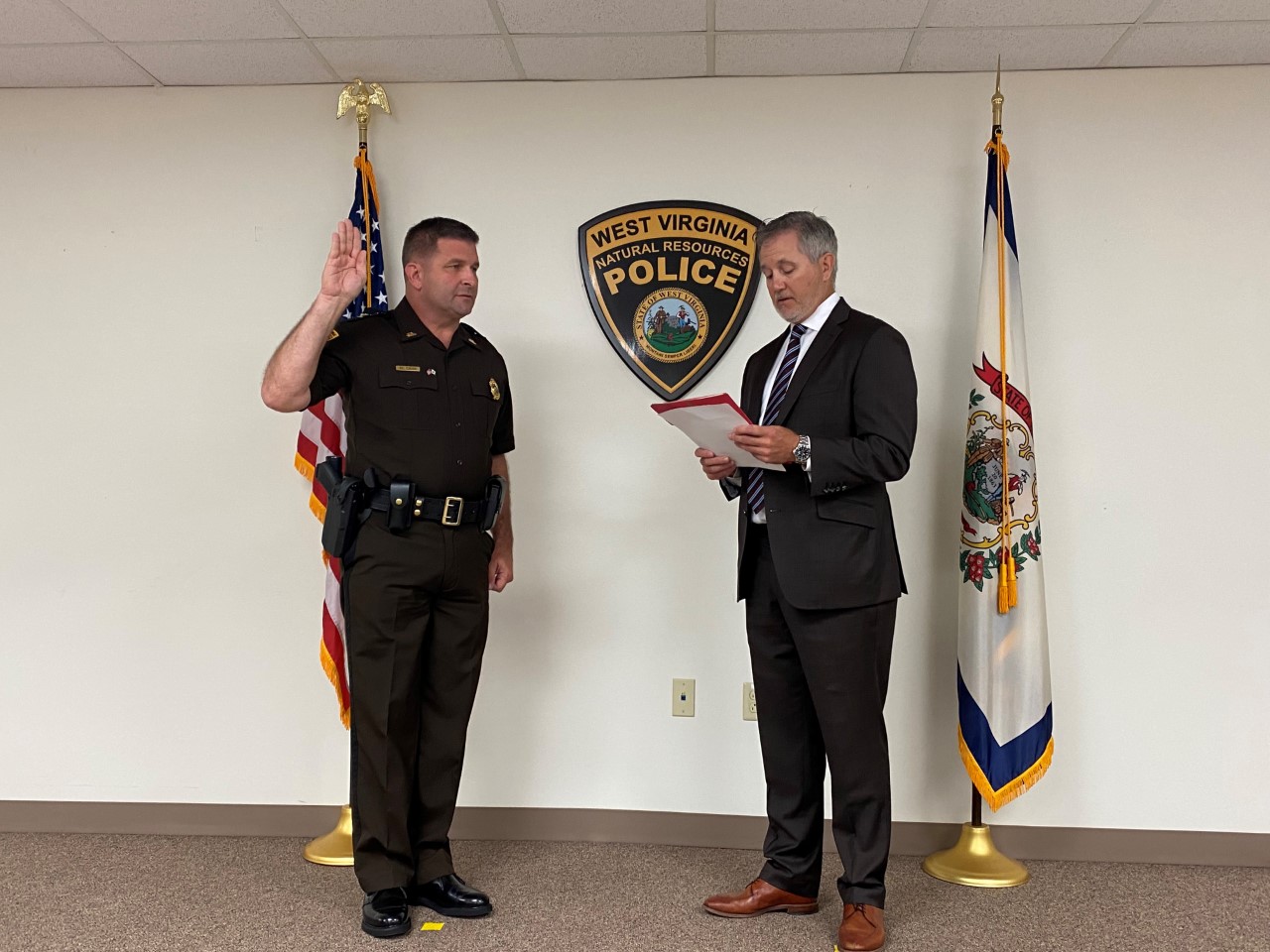 SOUTH CHARLESTON, W.Va. — Bobby Cales spent most of his life working up the ladder of the West Virginia Natural Resources Police. He rose to the rank of Captain before he left the agency in 2017 to take a job with the West Virginia Military Authority.

“I left the department in good graces and decided to move on and try something different. I quickly found out, this is where I belong. I’m a fish out of water unless I’m a Natural Resources Police officer,” said Cales.

Cales was sworn in Thursday to become the new Colonel of the law enforcement section of the DNR. He admitted he’s aspired to reach the position for many years and jumped at the opportunity.

“I plan on picking up the torch Colonel (Jerry) Jenkins has had burning so bright since he became the Colonel. He’s moved this agency to a level that is exceptional in advancement for officers. I’m going to try and carry that to the next level,” he explained.

The first order of business may involve just keeping people on the force. Recruiting and retention are among the agency’s highest priorities at this point. The department will soon stage Physical Agility Testing for prospective officers to add to the ranks in just a few days. Cales said he’ll meet with his staff and work on new ideas for recruitment and retention.

“Law enforcement nationally is in a trend right now where retention and recruitment is complicated,” he said.

Another key part of the job is working with the Legislature. His previous position enabled him to develop key relationships with the House and Senate leaders. He believed the relationships from his time as the state’s resiliency officer from 2019 to 2021 would serve him well as he navigated the halls of the State Capitol during future legislative sessions.

Most officers love the excitement of the job and complain it loses a lot of its luster when you transfer from the field to the desk. But Cales hasn’t been kicking in doors and chasing poachers through the woods in a few years. He’s been behind the desk before in his previous role as Captain and doesn’t mind it. Although, he did indicate he planned to stay active working closely with officers under his command.

“I do miss the outdoors and treading through the woods with the officers. I still plan to do some of that. I plan to get out there with my people and get to know them,” he said.

Cales is a native of Summers County and started his career in 1995 as a member of the Hinton Police Department. He came to work for the DNR as a Conservation Officer in 2000 and rose to the rank of Captain before leaving in 2017 for a position with the West Virginia Military Authority. He’s also retired from the West Virginia National Guard.. There he rose to the rank of Command Sgt. Major and was twice deployed. Among his decorations was the Bronze Star.

He and his wife Stacy live in Jackson County and they have one son.