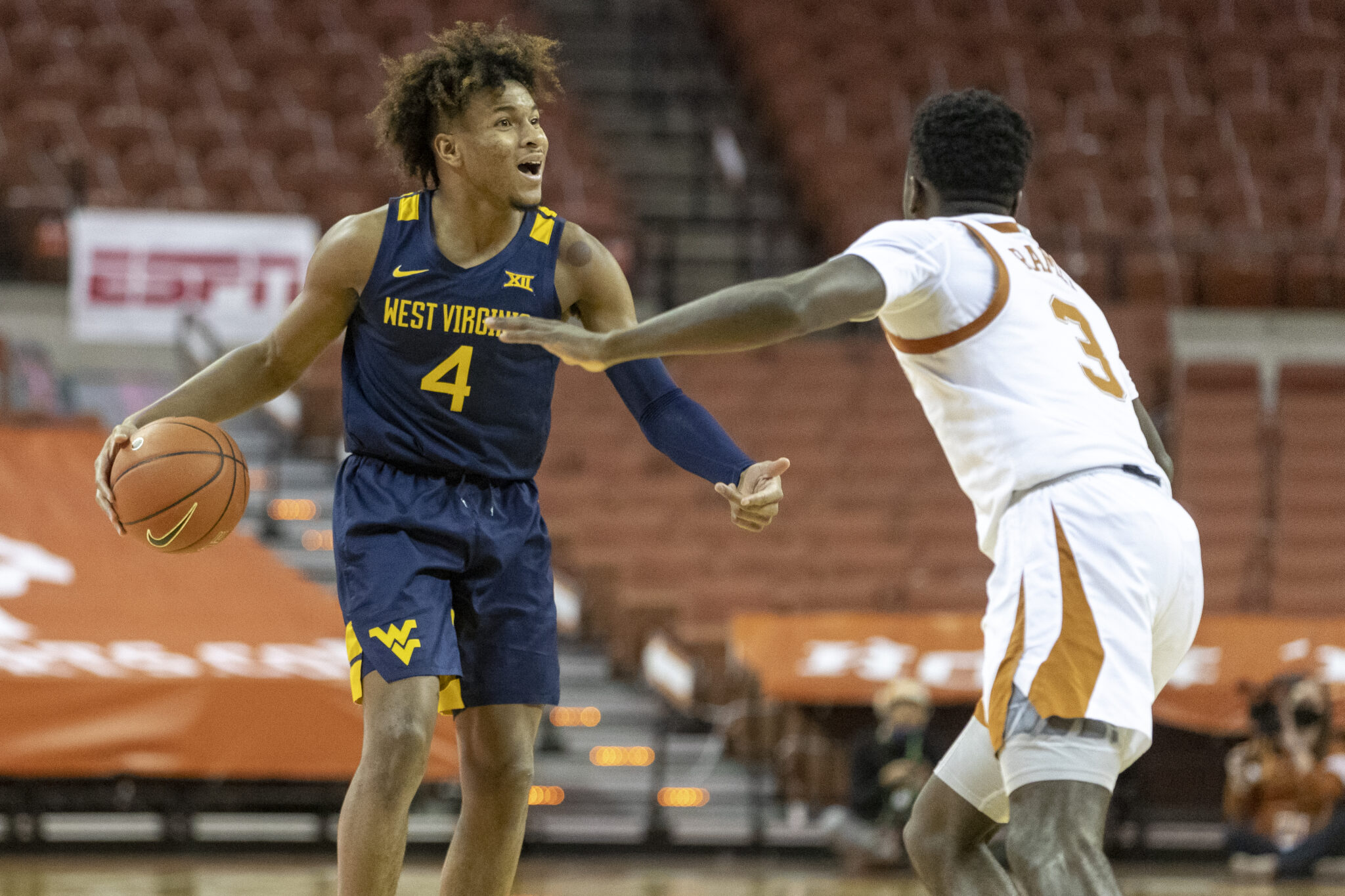 West Virginia guard Miles McBride will remain in the NBA Draft and forego his college eligibility. (Photo by Stephen Spillman)

Sources confirmed to MetroNews Friday that McBride informed WVU coach Bob Huggins of his decision to remain in the upcoming NBA Draft and forego his college eligibility.

McBride had until July 7 to decide whether to return to college or pursue a professional career.

During the NBA Combine in June, the 6-foot-2 McBride impressed to the point that his stock is considered to have risen — potentially allowing him to be selected in the first of the draft’s two rounds.

First-round NBA draft picks are guaranteed the first two years of a four-year contract to begin their career, with the team holding an option on the third and fourth years of the deal.

He led the Mountaineers with 34.1 minutes played on average and shot 43.1 percent, including 41.4 percent from 3-point range. McBride, who was an All-Big 12 Conference second-team pick, had more steals (55) than turnovers (53) and made 81.3 percent of his free throws as a sophomore.

In his first season at WVU, McBride averaged 9.5 points while playing just over 22 minutes on average to earn a spot on the Big 12 all-freshman team.

Should Sean McNeil decide to return to school, West Virginia would have has six guards on its roster for next season, four of which are seniors — McNeil, Taz Sherman, Kedrian Johnson and Malik Curry, a transfer from Old Dominion.