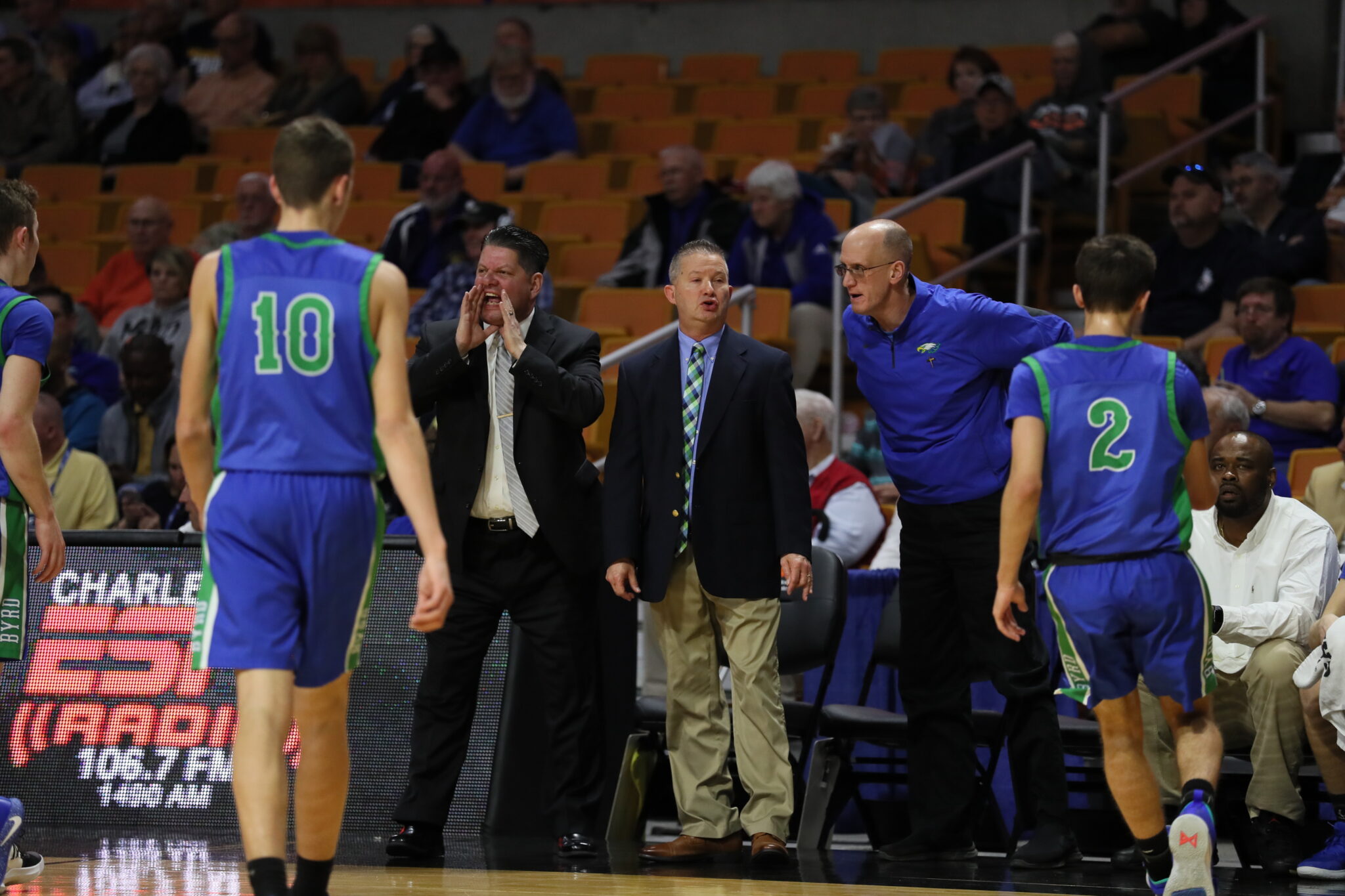 CLARKSBURG, W.Va. — After a successful nine-season stint as an assistant coach at Robert C. Byrd, Basil Lucas has stepped into the position he’s long desired.

“Robert C. Byrd is one of the best basketball programs in the state of West Virginia,” Lucas said. “To have that opportunity to lead that group is a dream come to true to me.”

Earlier this offseason, Bill Bennett retired after serving as head coach the last 19 seasons. The last nine seasons, Lucas was an assistant coach for the Eagles after he’d previously been an assistant at Bridgeport and then a head coach at Liberty Harrison.

“I knew that put me in line to have an opportunity to get the head coaching job,” Lucas said.

Lucas is a graduate of Washington Irving, which was renamed Robert C. Byrd in 1995.

While at WI, Lucas played for head coach Brad Underwood and then assistant Chris Springer — the only other head coaches in the history of Robert C. Byrd’s boys basketball program.

“They’ve been pretty darn successful, not only since 1996, but Brad Underwood has been successful since 1986 and we’ve always done the same stuff,” Lucas said.

The same stuff Lucas speaks of includes a motion offense and man-to-man defense — both of which have long been staples of the program. Neither will change under his guidance.

“You adjust to the talent that you have, but motion offense and man-to-man defense is always going to be the factor in what we’re doing,” Lucas said. “It’s been so successful to us over the years as a program.”

Lucas credits Bennett for long ago implementing the motion offense the team still uses today and feels the experience working alongside his predecessor will prove beneficial moving forward.

“It’s been awesome working with him the last nine years,” Lucas said. “Billy has been wonderful to coach with and it’s been a pretty consistent program.”

The Eagles qualified for the state tournament in six of the nine seasons Lucas served as an assistant. One of the three seasons in which they didn’t, the season stopped due to the pandemic with RCB 22-2 overall.

The Eagles were the top seed in the Class AAA state tournament last season before being upset by Hampshire in a quarterfinal. They have a 35-4 record the last two seasons.

“Being a head coach before, I absolutely believe it prepared me for this position,” Lucas said. “I was a young coach back then and there’s nobody that coaches that doesn’t learn and look at things and say, ‘I’m going to do this or this didn’t work, so I’m going to do this.’ It’s a process just like anything. I’m really excited for the challenge.”