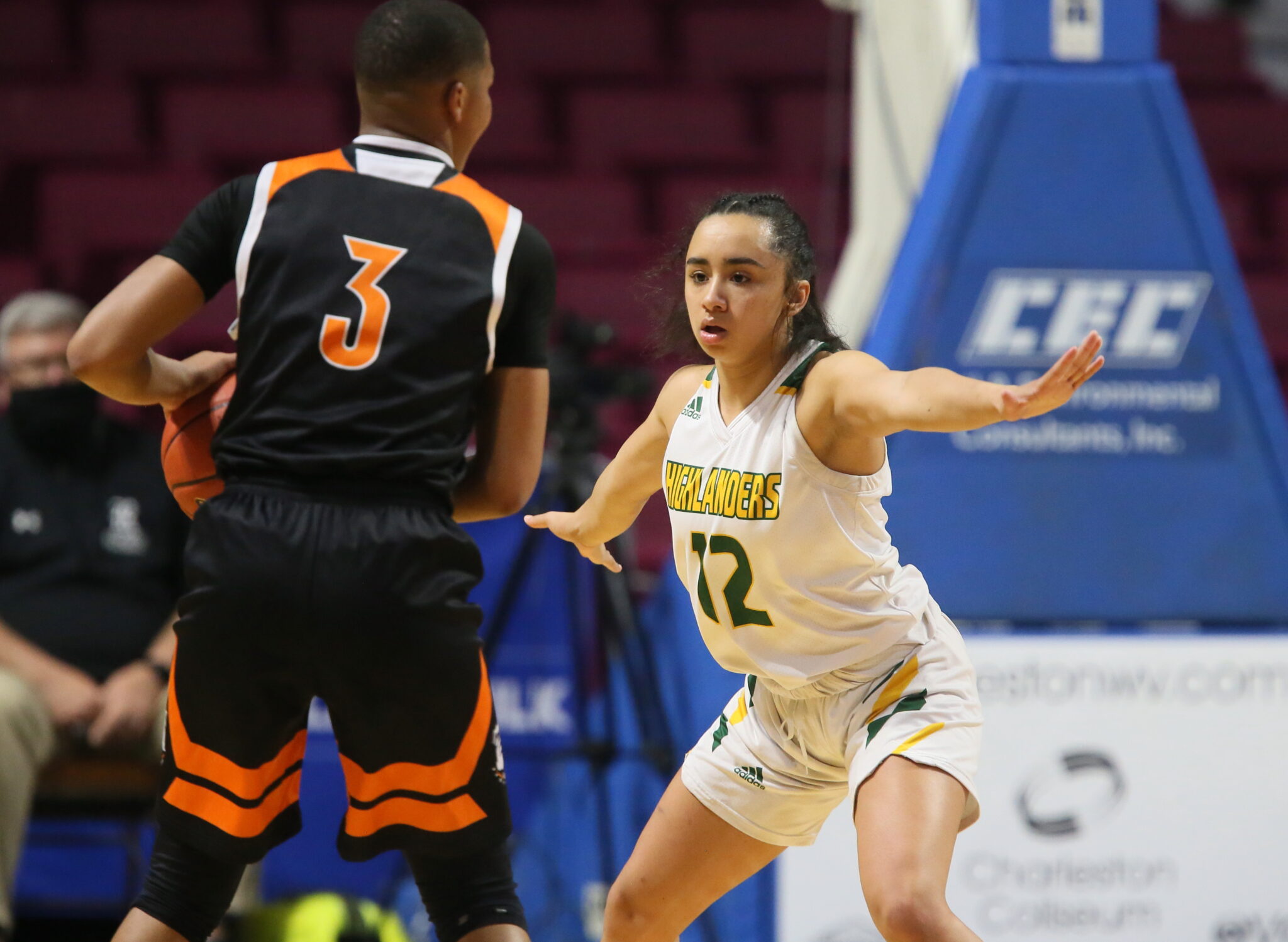 Huntington guard Dionna Gray (12) has given a commitment to Kent State. The rising senior helped lead the Highlanders to the inaugural Class AAAA championship last season. Photo by Eddie Ferrari

It’s been quite a two-month stretch for Dionna Gray.

A rising senior at Huntington High, Gray led the Highlanders to the inaugural Class AAAA championship in May.

Two months later, while navigating through a busy stretch on the AAU circuit for the West Virginia Thunder, Gray offered her commitment this week to play for Kent State University.

“Going into July, I’m sure more coaches were going to look at me and it was going to be fun,” Gray said. “But after visiting Kent, I knew that was the place for me. The coaches made me feel super comfortable — (head) coach (Todd) Starkey, (associate head) coach Fran (Recchia) and all the coaches. Meeting the players and seeing their type of play made me feel really comfortable and I knew it was the place for me, so I made my decision.”

The Golden Flashes, members of the Mid-American Conference, are adding a point guard that to this point has yet to end any high school season with a loss.

Gray spent her freshman and sophomore seasons at Saint Joseph Central High School. The Irish won the Class A championship in 2019 and the season came to an end before they could defend their crown in 2020 due to the pandemic.

Gray then keyed the Highlanders to the top seed in Class AAAA in her first year at Huntington, which overcame a scare from Martinsburg in a quarterfinal and went on to beat Morgantown and Cabell Midland in the final. In the victory over the Bulldogs, she scored 26 points — all in the second half. Gray followed that up with 13 points apiece against the Mohigans and Knights, giving her 52 in three state tournament victories.

Her recruitment, however, was somewhat of a whirlwhind.

Gray said East Tenessee State University and Marshall were the two other schools in her final three. She visited ETSU and has spent her fair share of time at nearby Marshall.

“I had my top schools and a lot of schools recruiting me, which I thank them for that,” Gray said. “After taking visits and talking with certain people and speaking with my family, I knew the best place for me was Kent for sure.

“A lot has happened with covid and coaches leaving schools.”

Offering her commitment to KSU in early July allows Gray to squarely focus on a successful summer in travel ball before she pursues a third state championship in her senior season.

“It’s even relieved me throughout this month because our games are filled with sidelines of coaches,” Gray said. “It’s been easier for sure. I’m not as stressed about where I want to go and deciding. Since this is my last season, I’m able to have fun with it. My teammates that haven’t decided, I can help them out and try to make them look better. It’s been fun.”