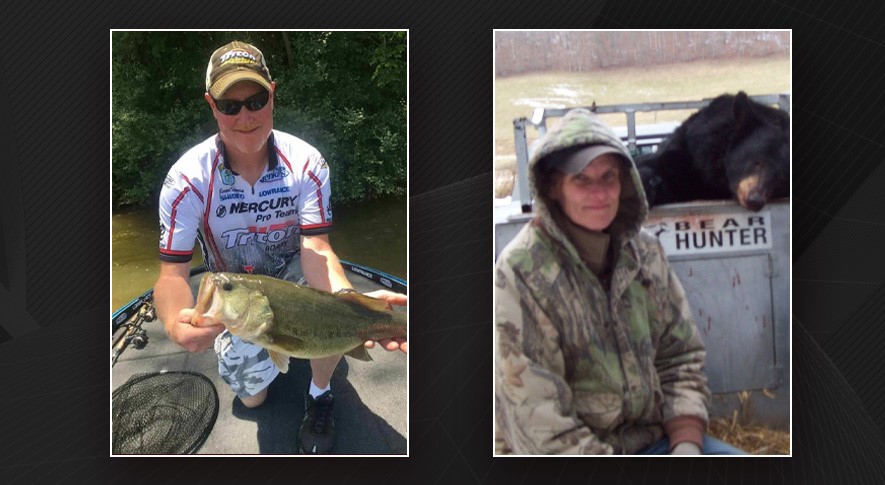 CHARLESTON, W.Va. — The body that guides decisions on game and fish management in West Virginia has been reshaped. Gov. Jim Justice announced Tuesday appointments to the recreated Natural Resources Commission.

Harman and Hodge are new to the commission, while the other five were already serving. Previously the commission was required to have at least one member from each Congressional District. When the commission was created West Virginia had six congressional districts. Those now stand at three and will soon be two. Division of Natural Resources Director Steve McDaniel successfully convinced lawmakers to make a change in representation to the body.

“The intent of this legislation was to get people in different DNR districts with concerns and give them a voice. Going to two congressional districts, it’s conceivable you could have two or three commissioners from one county. It’s just better served to have a commissioner from each of the DNR districts,” McDaniel said.

Under the law approved during the 2020 regular legislative session, there must be one commissioner from each of the DNR’s six conservation districts. The 7th member of the body is be an “at large” position. The new law also reduced the term for each commissioner from seven to four years and limited commissioners to a maximum of two terms.  Previously District 6 and District 3, Hodge and Harman’s Districts, had no representation.

Harman, from Buckhannon, previously served as the president of the West Virginia Wildlife Federation and continues to serve as the conservation director for the B.A.S.S. Nation West Virginia. He intends to keep the position.

“There doesn’t appear to be any conflict of interest in serving on the commission and these other non-profits as long as there’s no wages or salaries, but if it creates a conflict, then we’ll take care of it,” Harman said.

Harman relished the opportunity to represent sportsmen and hoped to hear from them about the direction of hunting and fishing management in the state, but said he comes to the table with no set agenda.

“Honestly no I don’t, but I have heard from many sportsmen over the years about the complicated regulations for hunting in West Virginia. I’d like to see if there’s an easier way to handle that; otherwise I’m very open minded,” he explained.

Hodge is from Smithville in Richie County. She previously served ten years as president of the West Virginia Trappers Association. She’s an avid trapper and bear hunter. She’s not the first woman to serve on the commission, but she is the first one in quite a while. That doesn’t seem to matter to her.

“There are a lot of women in the outdoors in West Virginia, but I really didn’t think about being a female appointed to the position. I see myself as a sportsman who was appointed to the position. I’m bringing a background of hunting and fishing. I don’t think I was picked because I was female, I was picked because I have a sporting background,” Hodge said.

Hodge, like Harman, said she came into the position with eyes wide open to serve.

“My biggest goal is to serve all sportsmen in the state and to bring together all of the various groups to hear their voices. Often we as sportsmen are our own worst enemy because we continually fight among ourselves,” she said.

The commission is certainly no stranger to conflict. In recent years one of the hottest issues has been pressure to change the number of bucks deer hunters can kill in West Virginia. A vote last year aimed at lowering the limit from 3 to 2 failed by a single vote. It wasn’t long after the vote that the proposal to make major changes to the commission was presented to the Legislature. McDaniel repeatedly denied the two things were connected.

“Not at all. Since I have been here, I have faced requests from hunters and anglers who didn’t feel they were adequately represented in their districts. That’s what this was about, it had nothing to do with the buck vote,” said McDaniel.

Two former commissioners, Pete Cuffaro of Ohio County  and Kenny Wilson of Logan County, were not reappointed. McDaniel had no comment on why those were the two members not retained. The new law codified the DNR director can recommend appointees to the governor, but McDaniel said he left the decision on who made that list up to his senior staff.

“We let our staff vote on that and I sort of removed myself. We gave them a list and let the staff vote by anonymous ballot and these were the results of what they turned in. That’s what we recommended to the governor and that ended up being the ones he appointed. But at the end of the day, the governor is the one who decides on who is appointed to the commission,” McDaniel said.

The director added he had no plans to put the buck limit back on the commission’s agenda, but was unsure if the matter is over.

“I have no idea. It’s not on any agenda right now. We have a meeting in three weeks. You’ve been involved a lot longer than me, and it’s always been an issue of contention, so I’m sure in the future it will be. But I have no intention to put it on the agenda,” he said.

The next Commission Meeting is set for 1 p.m. July 25  at Hawk’s Nest State Park.