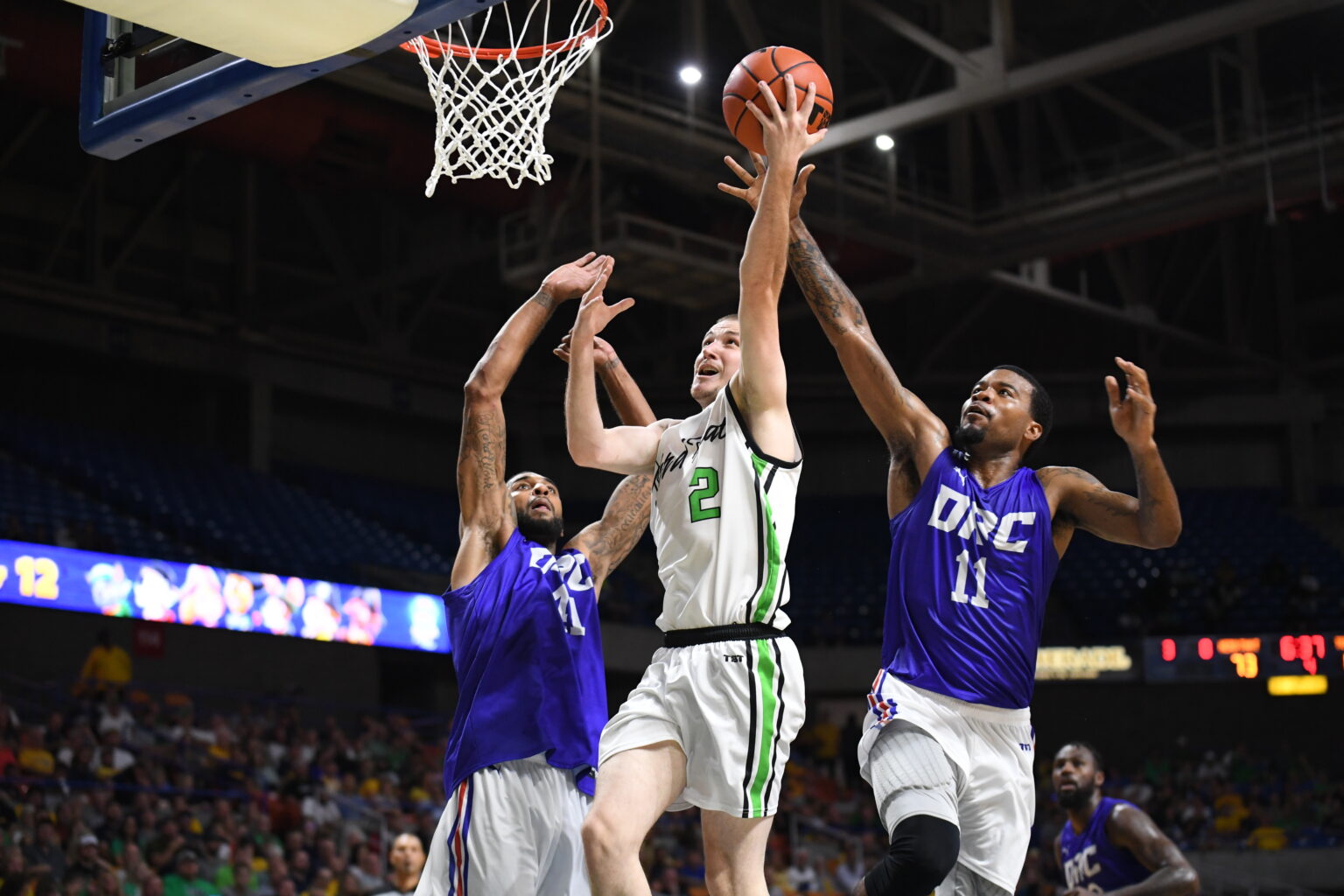 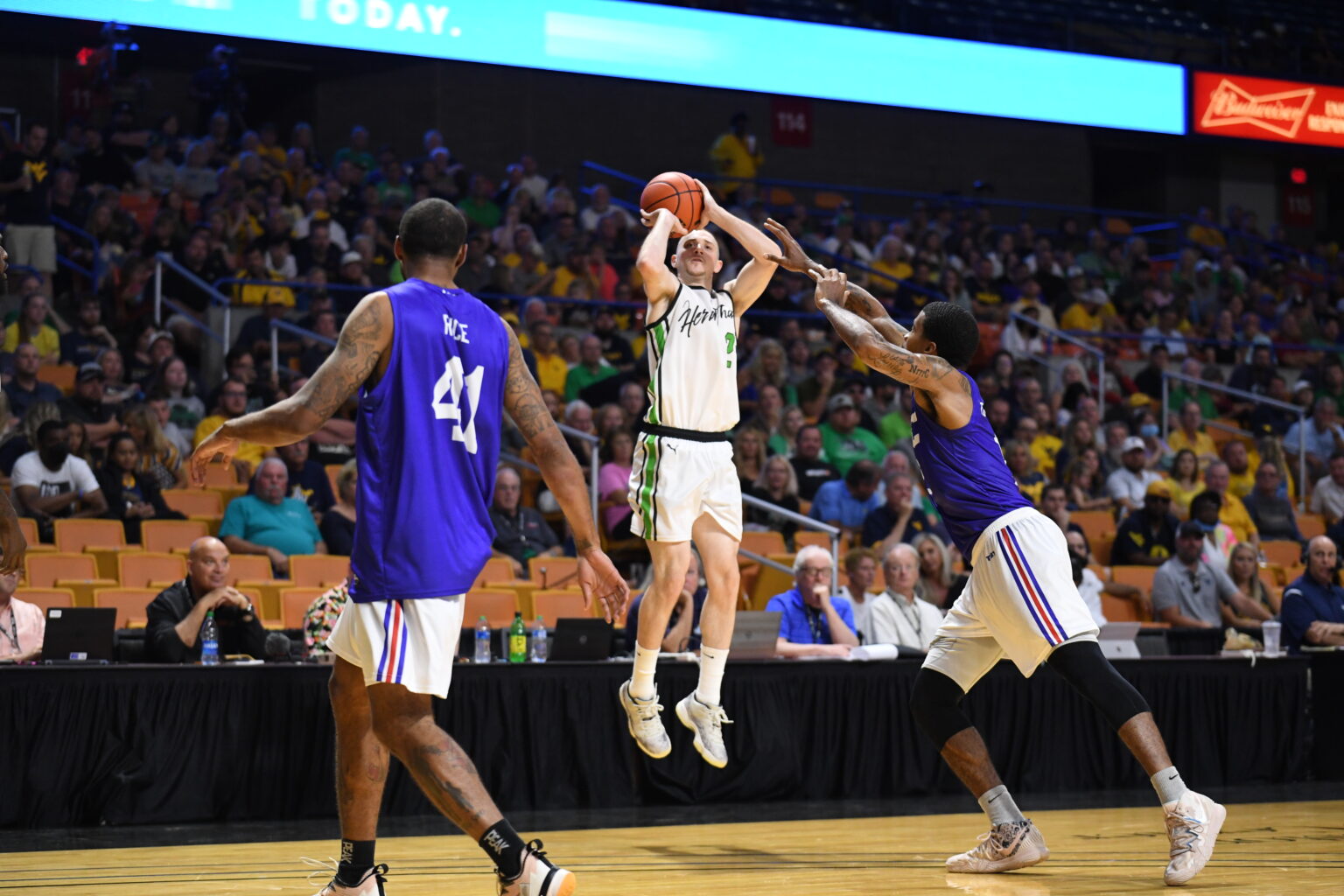 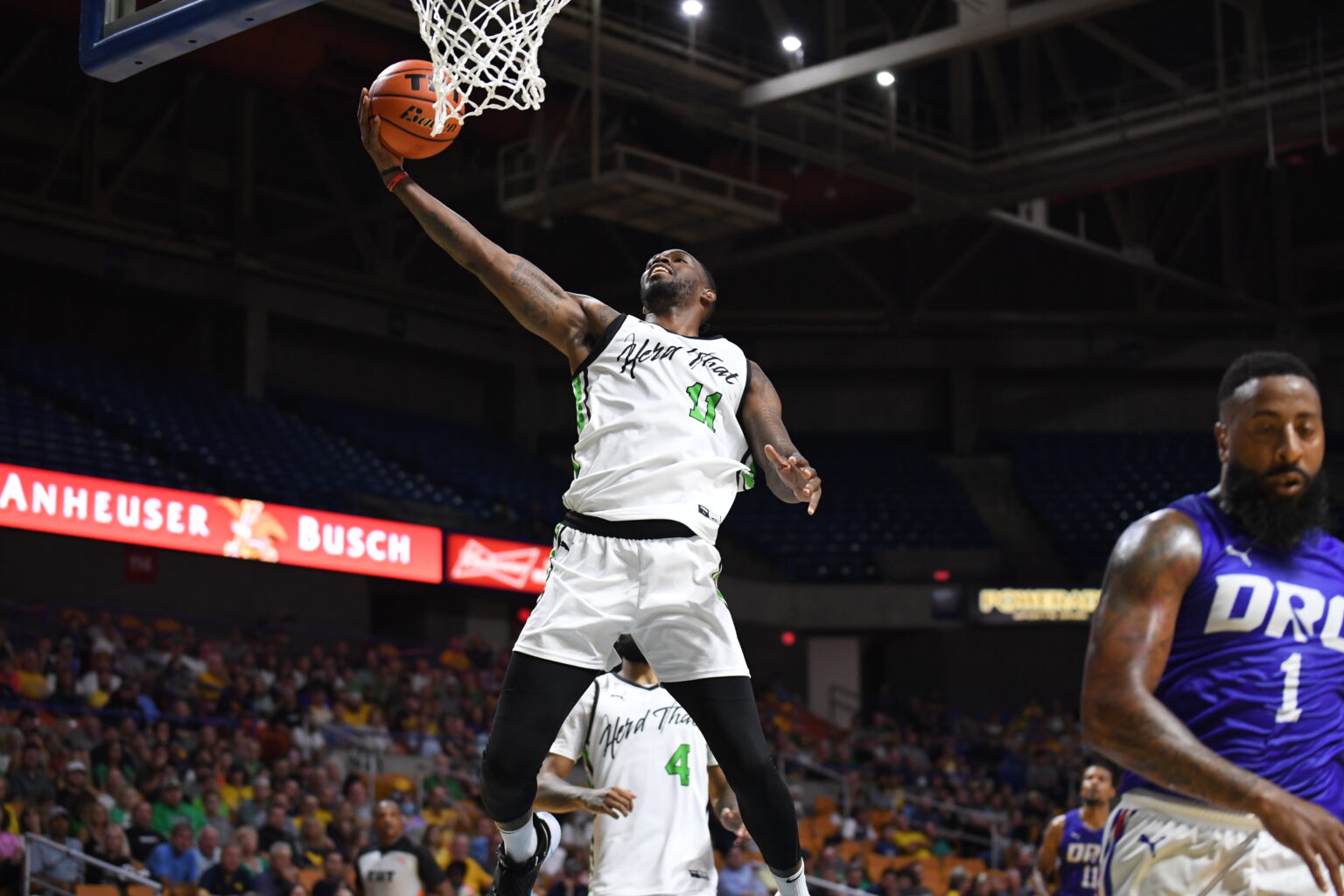 Derek Cooke Jr. lays it in for two points. Photo by Mike Lawrence/TBT 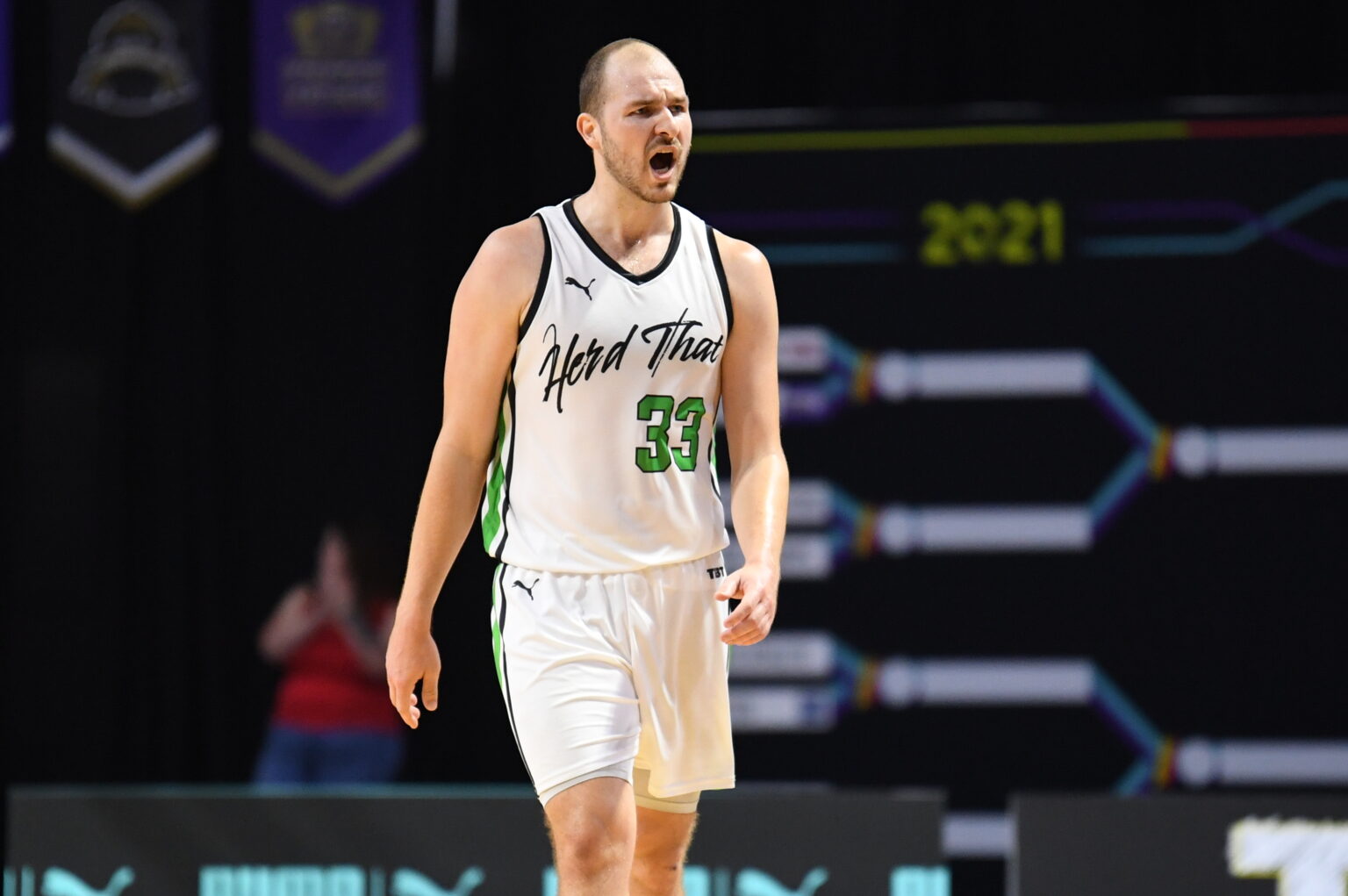 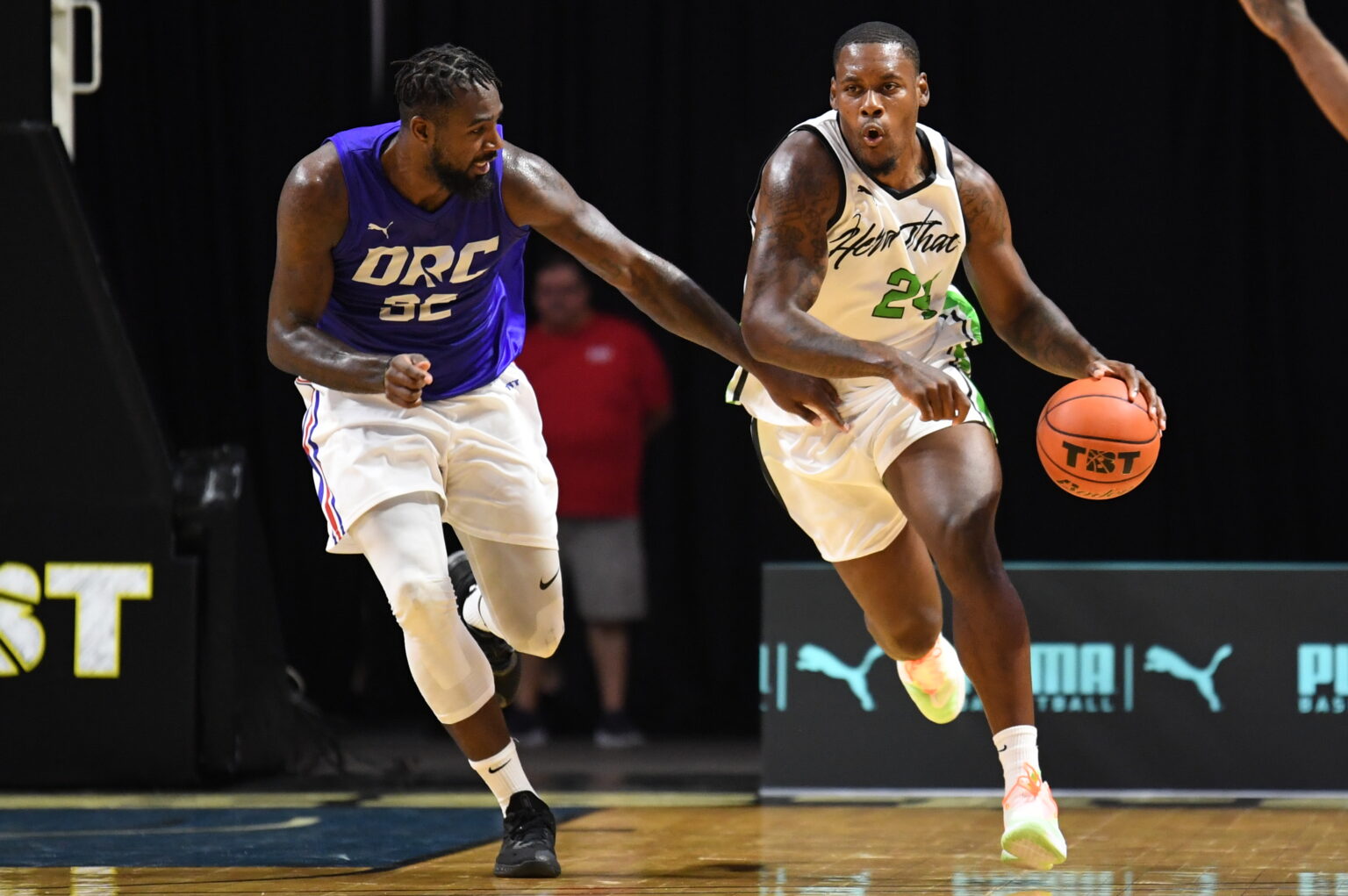 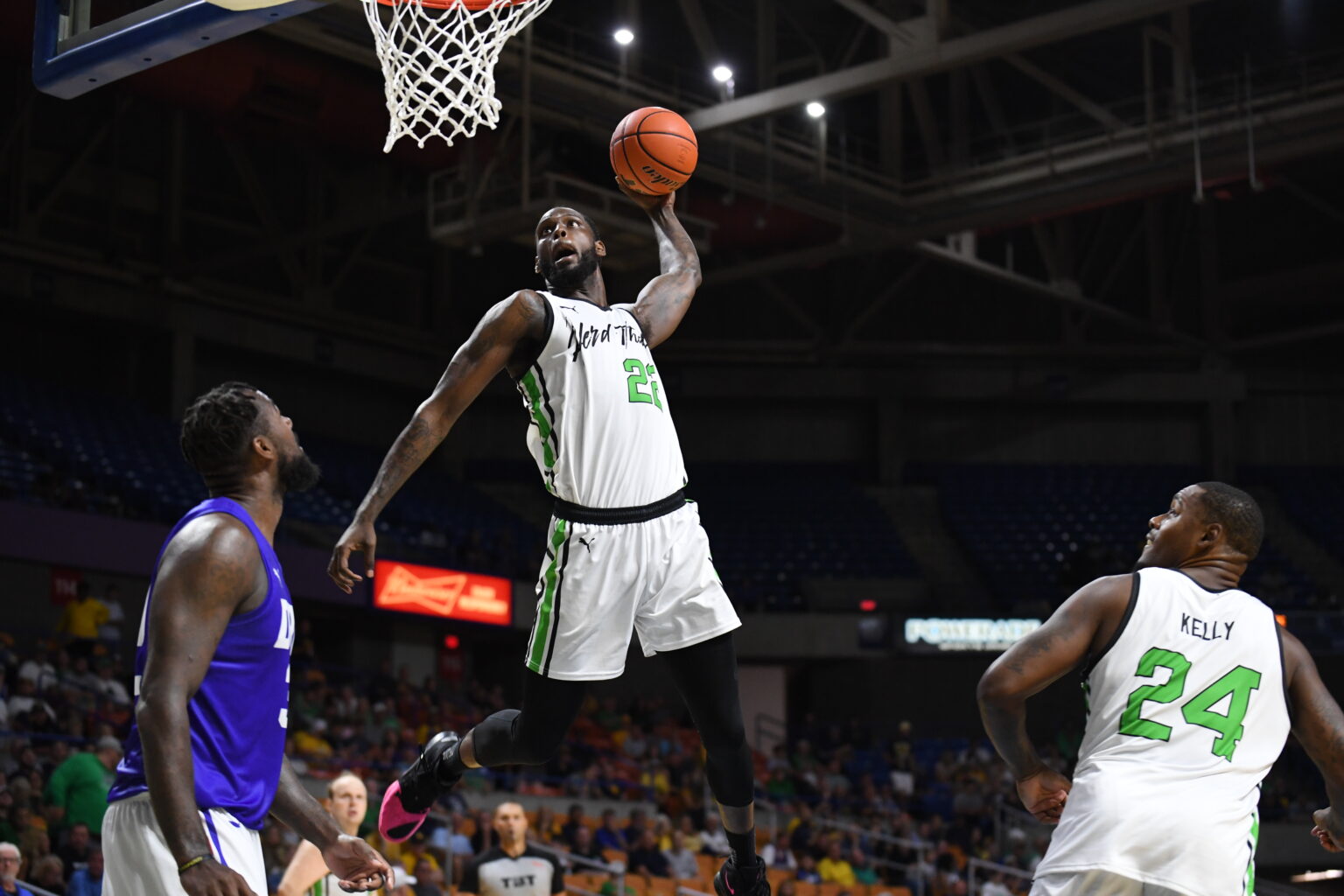 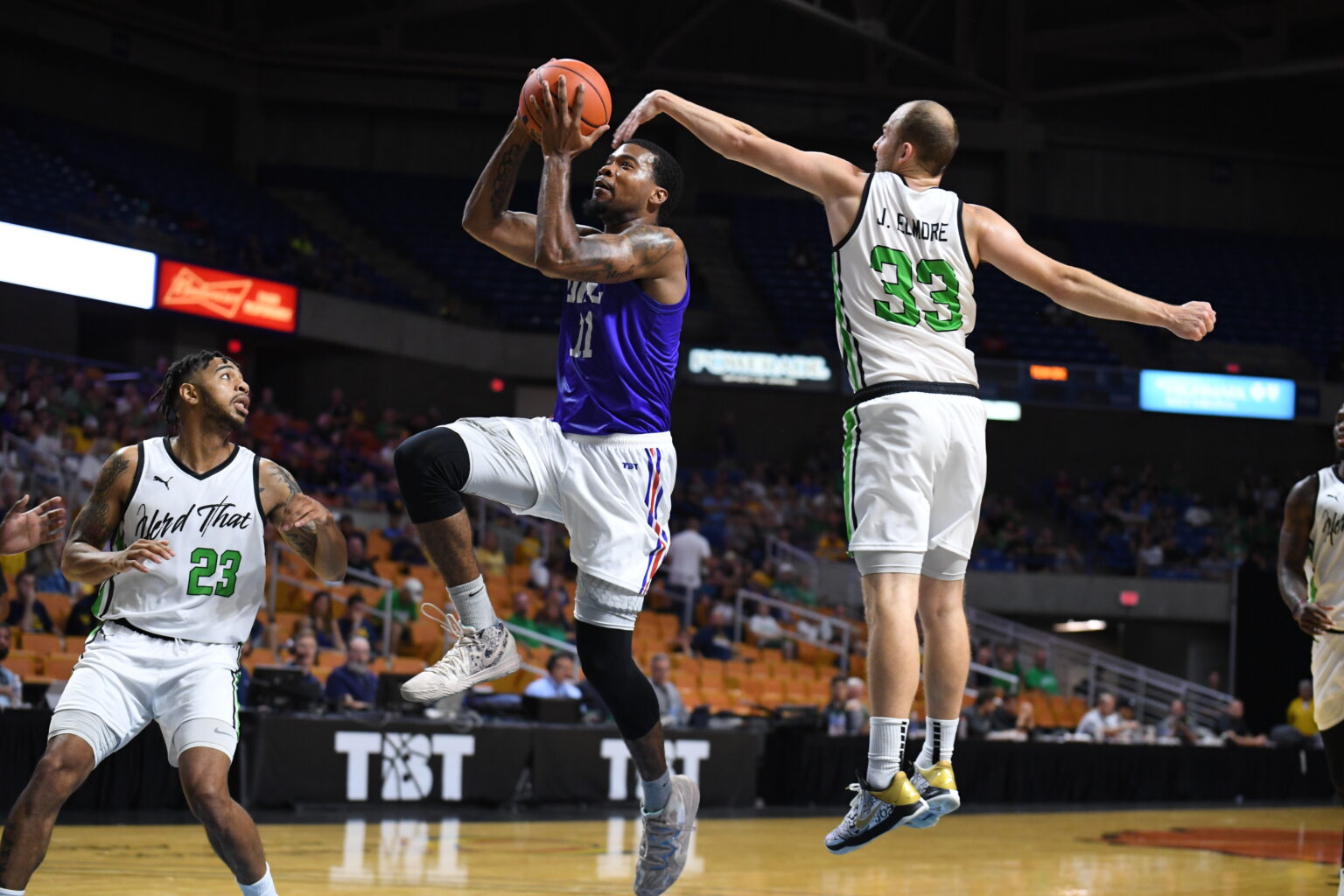 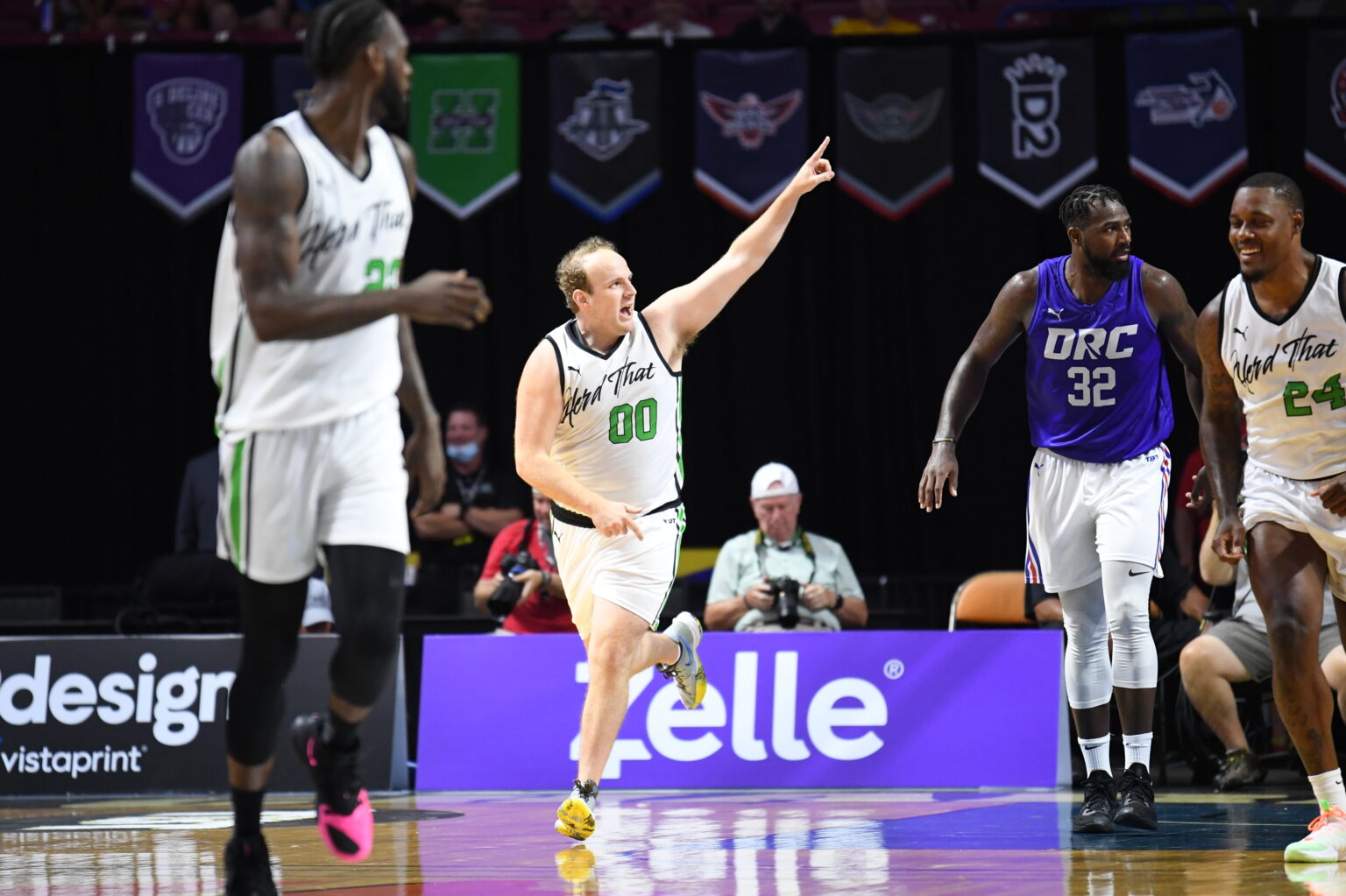 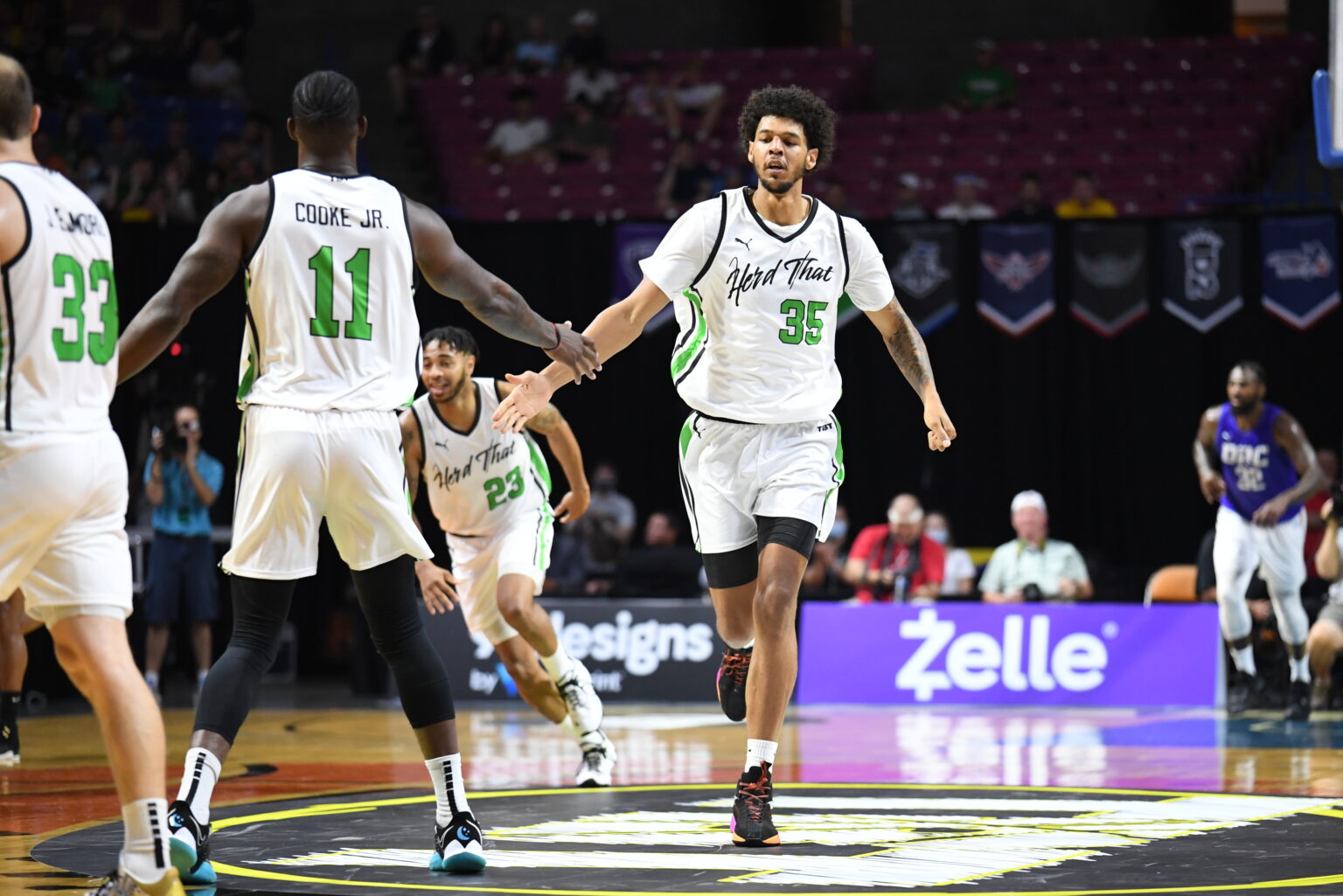 CHARLESTON, W.Va. — Having sputtered for stretches of the fourth quarter, Herd That was in danger of being eliminated in its The Basketball Tournament Opener against Team DRC on Saturday at the Charleston Coliseum.

But Marshall’s alumni-based team rattled off the final seven points of the contest, including a dunk by Rondale Watson that sealed an 85-76 victory, allowing third-seeded Herd That to advance to the second round of the TBT.

“It’s just a tribute to who he is as a person and how he plays,” Herd That guard Jon Elmore said. “Rondale could score the ball more and have more touches, but Rondale is a guy that wants to win. It speaks to how hard he plays.”

Watson, who made all three of his field-goal attempts, put the finishing touches on a victory that saw Herd That take a 77-73 advantage into the Elam Ending. The Elam Ending puts a target score of eight points past what the winning team has at the first dead ball inside of the 4-minute mark of the fourth quarter, though the HT lead was 13 entering the final period.

“We got stagnant a few times there, but in this thing you have to grind out wins,” Elmore said.

A dunk from James Kelly allowed Herd That to lead 77-65 with 6:05 remaining, but No. 14 seed Team DRC ran off the next eight points before the Elam Ending.

When Tyshawn Patterson connected on a 3-pointer, it pulled Team DRC to within 78-76 — as close as it had been since trailing 12-10. But Stevie Browning answered with a critical baseline jumper to double Herd That’s lead, and Team DRC never scored again.

Jacorey Williams made two free throws for a six-point advantage and Ronald Delph’s foul shot stretched Herd That’s lead to seven. All the while, Team DRC had four straight empty possessions after pulling to within two, before Watson’s slam ended it.

“It’s a game of runs,” Williams said. “With our style of play, the game can get a little out of control, but that’s why we have guys like Jon and Stevie that can kind of be the Chris Paul of the team.”

Outside of a slow start that saw Herd That fall behind 10-4, Team DRC faced an uphill climb throughout.

HT outscored DRC 20-5 over the final 5:44 of the opening quarter to build a nine-point lead. Herd That never trailed again, and after an even second quarter, it took a 42-33 advantage into halftime.

Williams and Elmore led the team with eight points apiece in the opening half.

“If you saw our bench, we were standing up the whole time,” Williams said. “The crowd had us into it and we were rolling.”

“We want to stay away from the isolations and tough shots and the goal is to get easy baskets and not take tough shots,” Elmore said. ‘We did a good job of continuing our flow.”

Williams led all players with 23 points on 10-of-17 shooting. Elmore added 21 points and made 4-of-6 triples. Delph, a 7-foot addition to this year’s HT team, provided a big lift off the bench by scoring 12 points on 5-of-7 shooting.

“It takes a lot of professionalism to buy in, because everybody wants to be a star and score 30, but when you have a team pulling for each other and playing together, that’s hard to beat,” Elmore said.

Former NFL all-pro cornerback Dominique Rodgers-Cromartie, for whom Team DRC is named after, was 3 for 3 with six points off the bench.

“I don’t know what would’ve happened had we lost our first game,” Elmore said. “I live here, so I’d have had to hear about that forever.”