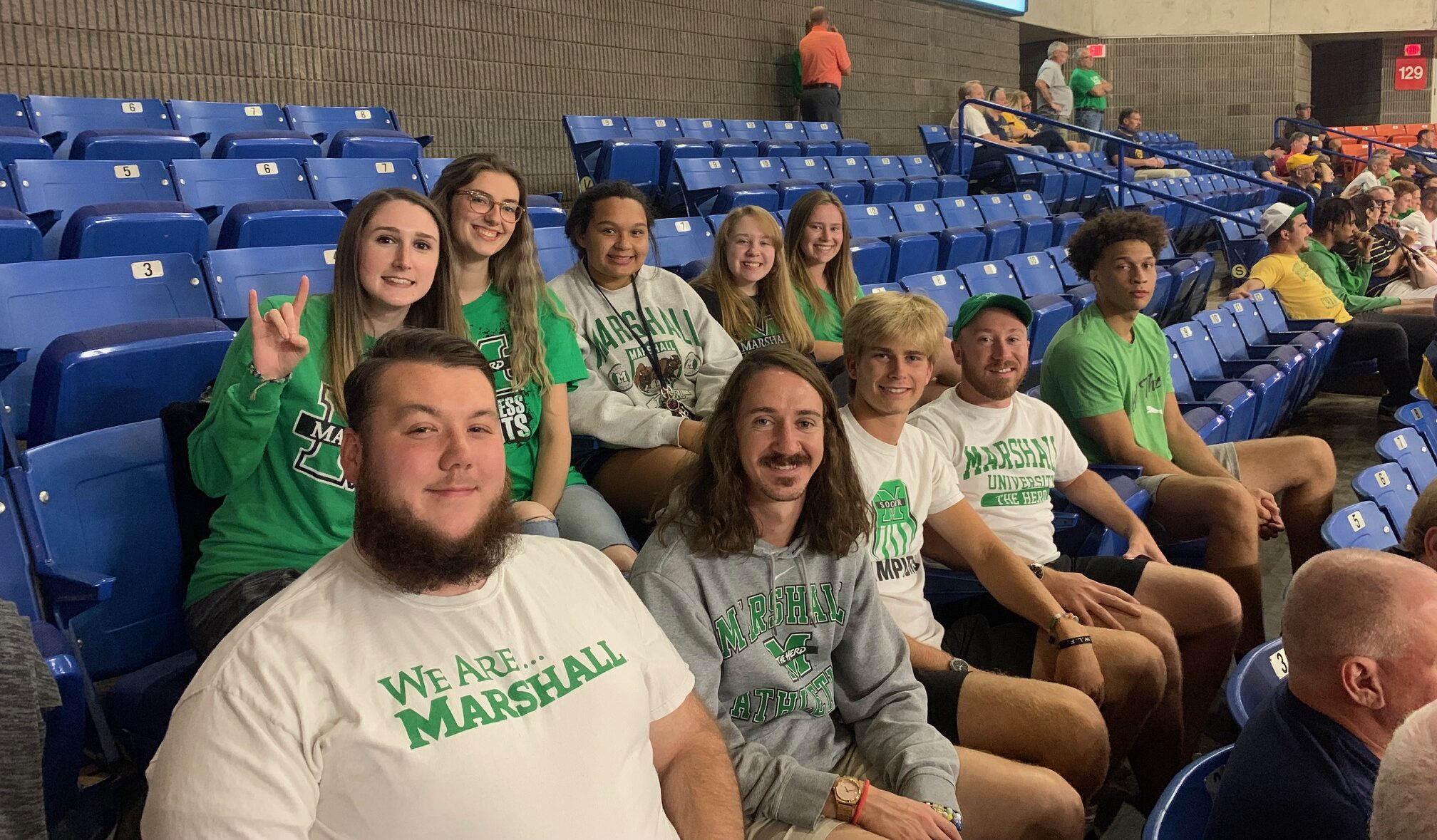 Fans of Herd That, a Marshall-based alumni team, and Best Virginia, a WVU-based alumni team, packed the lower bowl for The Basketball Tournament (TBT). The two teams played Round 2 games of the 64-team winner-take-all $1 million tournament as Charleston is one of four host cities.

Taylor Stephenson, a Herd That fan from Barboursville and Marshall alumna came with a group of around a dozen fans and told MetroNews she could not miss the opportunity.

“The TBT just being here in West Virginia this year. I could not miss the opportunity to see them (Herd That) when they are right here, 40 minutes from home,” she said.

“It’s such a good thing for West Virginia, the state and this area, you just want to come and support.”

Stephenson graduated from Marshall in 2016, but growing up a Herd fan, she has not missed a beat with the athletic program including the 2017-18 men’s basketball season that saw the Herd’s magical run to the NCAA Tournament.

Multiple players on that roster including Jon Elmore, Ot Elmore and Rondale Watson played on Monday for Herd That.

“I got to go to the NCAA Tournament when they played in it. Seeing Ot, Jon and Rondale, it brings back those memories of those super fun games,” she said.

Following the Herd That game, Best Virginia played. But it did not stop WVU fans from coming in early and taking in the Herd That matchup with Team 23.

“Being able to come and see the WVU game and Marshall game and some of the other teams as well,” Kettler said of why he purchased them.

Kettler, who received his master’s degree from WVU, said he’s been a WVU fan for life and seeing guys like John Flowers, Kevin Jones and Tarik Phillips brings back memories from when he was a college student.

Kettler said he went to the TBT in 2019 when Best Virginia played in Richmond. He then had tickets to the 2020 tournament in Charleston but it was canceled due to COVID-19.

With the 2021 event back in the capital city, Kettler said he bought tickets right away with friends.

“We were looking forward to it last year and when it got canceled, we were bummed. But then with it being back in Charleston and being able to see the guys again, it’s been a good time,” he said.

Herd That lost to Team 23 74-71. Best Virginia beat D2 63-51 to advance to the Round of 16. The final games of the Charleston regional for the TBT are set for Wednesday. Full coverage can be found at wvmetronews.com.