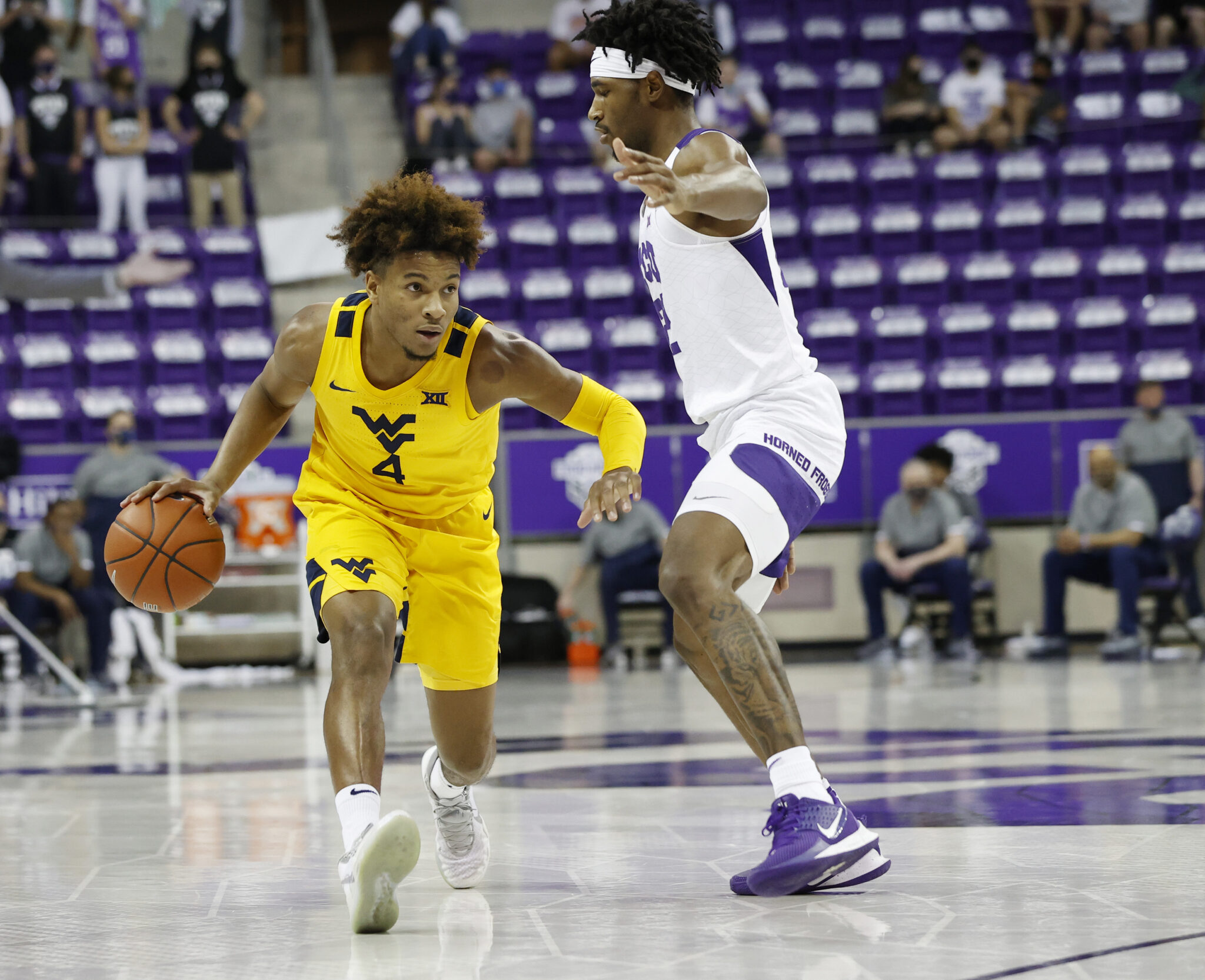 The decision by guard Miles “Deuce” McBride to forego his remaining two years of college eligibility and remain in the NBA Draft did not pay off into a first-round selection Thursday night.

It did, however, leave McBride with an opportunity to prove he belongs in the Big Apple. McBride was the 36th selection in the second round by the Oklahoma City Thunder, though the pick was made on behalf of the New York Knicks in a trade involving the 32nd pick for Nos. 34 and 36.

Had he been chosen in the first round, McBride would have been guaranteed the first two years of a four-year contract to begin his NBA career, with the team he was on holding an option on the third and fourth years of the deal.

Instead, McBride will have to prove he’s worthy of a guaranteed contract in New York.

The 6-foot-2 McBride announced in early July he would stay in the NBA Draft after a successful sophomore season for the Mountaineers, along with what was considered a strong impression at the NBA Combine.

While not every mock draft had him being chosen in the first round, more projections showed McBride as a top 30 pick than a second-round selection.

A Cincinnati native, McBride was West Virginia’s leading scorer last season with an average of 15.9 points to go with 4.8 assists and 3.9 rebounds. McBride also recorded 55 steals to 53 turnovers and shot 41.4 percent on 3-pointers and 81.3 percent on free throws.

One year after earning a spot on the Big 12 Conference’s all-freshman team, McBride was named all-league second team.

As a freshman, McBride averaged 9.5 points in slightly more than 22 minutes of playing time.

McBride was a two-sport standout at Archbishop Moeller High School and starred at quarterback before suffering a serious foot injury that caused him to give up his playing days on the gridiron.

Several players at McBride’s position who made an impact on the Knicks last season are free agents this offseason, including guards Derrick Rose, Elfrid Payton and Alec Burks. Fellow point guard Frank Ntilikina is a restricted free agent.

McBride isn’t the only guard from West Virginia heading to New York City as it was announced earlier Thursday former Mountaineer Jevon Carter was traded from the Phoenix Suns to the Brooklyn Nets.

Carter, the 32nd overall selection by Phoenix in the 2018 NBA Draft, was traded with the 29th pick in Thursday’s draft for guard Landry Shamet.

McBride became the first West Virginia player drafted since Carter, though the Mountaineers remain without a first-round selection since Joe Alexander went No. 8 to the Milwaukee Bucks in 2008.

West Virginia’s other early entrant to the NBA Draft, Derek Culver, was not selected. The 6-foot-10 Culver opted to turn pro after a junior season in which he was an All-Big 12 first-team performer with averages of 14.3 points and 9.4 rebounds and a league-high 11 double-doubles.

Culver averaged double-figure scoring in each of his three seasons at West Virginia and became the 54th player in program history to reach 1,000 career points late last season.