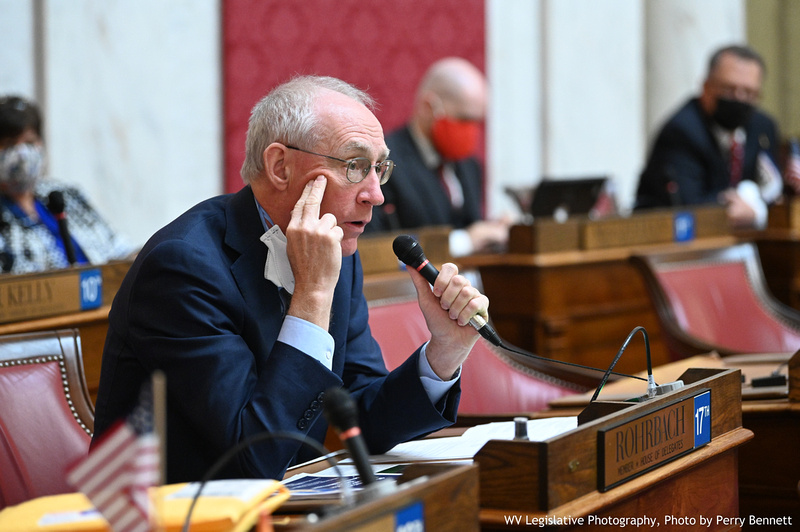 Delegate Matthew Rohrbach, a Huntington physician, has been named the new chairman of the House Health and Human Resources Committee.

Rohrbach, R-Cabell, had previously served as vice chairman of the committee. The chairman’s position opened up after last week’s resignation of Delegate Jeffrey Pack, R-Raleigh, from the House after taking a managerial position at the Department of Health and Human Resources.

“I’m confident this leadership team will bring a deliberate approach to the important work ahead of this committee so critical to improving the lives of West Virginians,” stated Hanshaw, R-Clay.

“Delegate Jeffries was a dogged co-chairman of our Committee on Flooding and knows how to get answers from reluctant bureaucrats who must be held accountable; Dr. Rohrbach has been front and center on addressing the state’s crippling substance abuse crisis.

Hanshaw said Rohrbach and Jeffries could work collaboratively for the committee.

“These gentlemen both have experience as members of this particular committee, but most importantly, they view the realm of health through distinct lenses. Dr. Rohrbach brings his years as a healthcare practitioner to the podium, and Delegate Jeffries knows the ins and outs of the insurance world. I have full faith in they will lead us through even more reforms that will help our most vulnerable West Virginians.”

Jeffries, a Charleston native, earned a bachelor’s degree in health care administration from the University of Charleston. He was appointed to the House in September 2018 and was elected later that year.