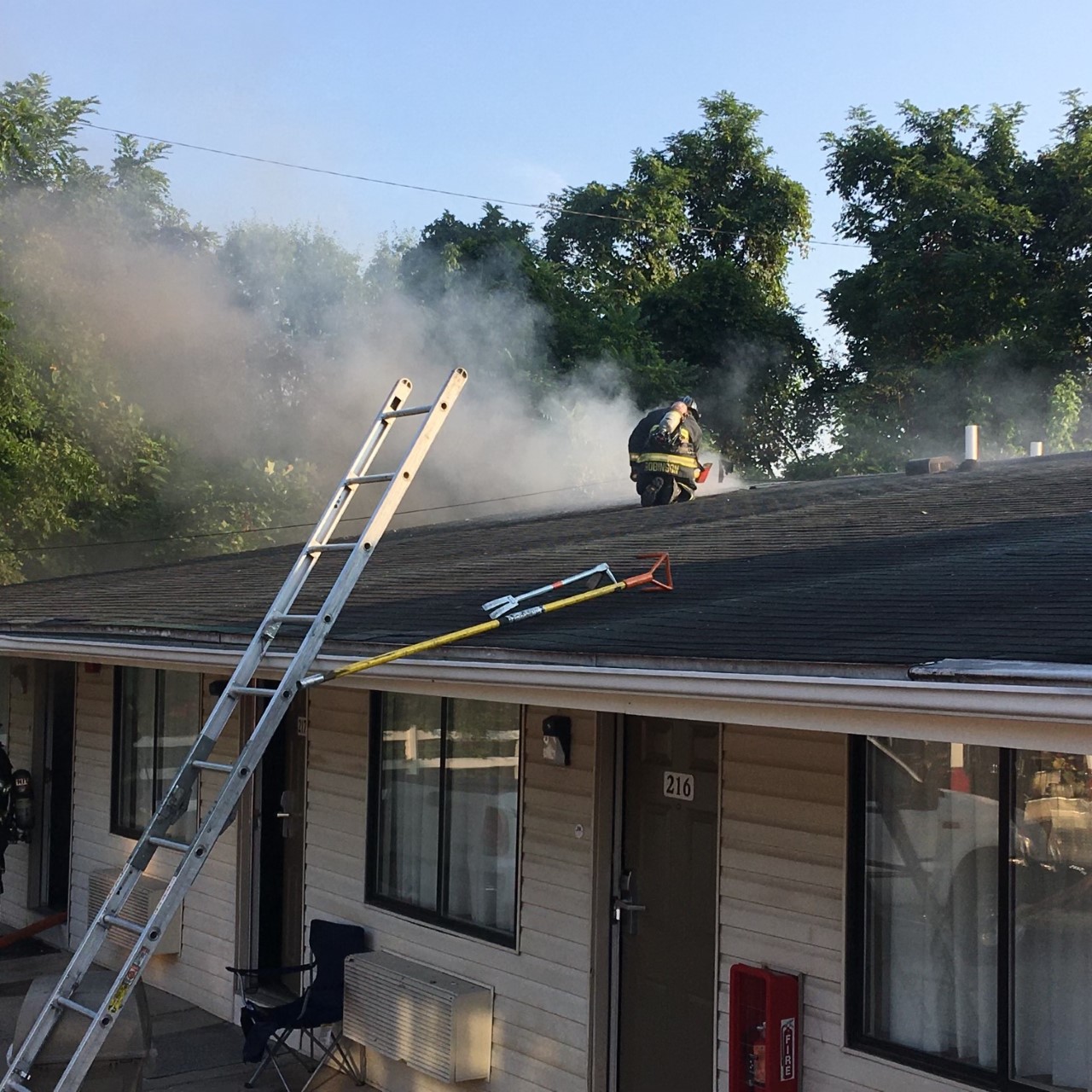 CROSS LANES, W.Va. — Damage is extensive to several rooms at a Kanawha County motel from a Monday morning fire. Heavy smoke and some flames were showing at the Rodeway Inn when the fire department arrived around 7:20 a.m. Monday.

“We think at this point it started in the exterior and spread into the structure,” said Nitro Fire Department Chief Casey Mathes.

The motel was occupied, but firemen cleared seven rooms, but nobody was found inside.

The time of day slowed the response time for the department with the normal heavy morning rush hour traffic in the Cross Lanes area. The traffic was made more difficult by the first day of school in Kanawha County and heavy school traffic as well.

Crews from Nitro, St. Albans, Institute, West Side, Teays Valley, and Poca were all dispatched to help battle the fire.

There were no know injuries from the blaze.