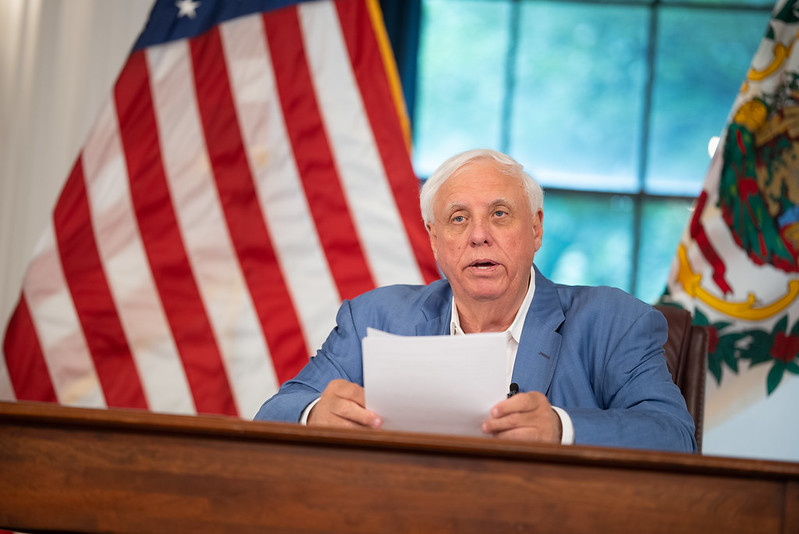 Gov. Jim Justice says he isn’t ready to say West Virginia should be a destination for people fleeing Afghanistan.

“That decision is a long ways from something that should come to my desk today,” West Virginia’s governor said in a briefing today.

Thousands of people, including Afghans who aided Americans over the past 20 years, are trying to get out of the country after its government’s collapse. United Nations groups have warned of a humanitarian catastrophe.

Some governors have already offered to allow Afghan refugees to settle in their states.

One is Maryland Gov. Larry Hogan, a Republican, who said in a video posted to Twitter “many of these Afghan citizens, our allies, bravely risked their lives to provide invaluable support for many years to our efforts, as interpreters and support staff. And we have a moral obligation to help them.”

Another is Massachusetts Gov Charlie Baker, a Republican, who said on Twitter that the state “is ready to assist Afghan refugees seeking safety and peace in America.”

“Those people … helped protect Americans,” South Carolina Gov. Henry McMaster, a Republican, said in response to a reporter’s question. “Now it is our duty to help them. We need to help them.”

Utah Gov. Spencer Cox, a Republican, said that state “stands ready to welcome refugees from Afghanistan, especially those who valiantly helped our troops over the past 20 years.”

Oklahoma Gov. Kevin Stitt, a Republican, says he welcomes Afghan refugees “to come to Oklahoma and live in the freedom we hold so dearly.”

“As far as bringing in others, that’s a decision for later,” Justice said.

Justice called the current Afghanistan situation a mess. He said his concern is the estimated 15,000 Americans still in Afghanistan: “It’s not that I don’t care about the others, but I want us to get our people home.”

Speaking on MetroNews’ “Talkline” earlier this week, state Senator Ryan Weld described frustration that American allies have been having a hard time leaving Afghanistan. Weld served as an intelligence officer to a joint Army/Air Force team in the Zabul province.

“We worked with a lot of good Afghans who really wanted to make where they lived a better place,” said Weld, a Republican who serves as the Senate’s majority whip. “So now to see those kinds of people without a route out of the country, being stuck there, it’s just really frustrating to us.”

He added, “Those people are desperate to get out because they know what Taliban rule will mean to them. It means they can’t dance any longer. They can’t play music.” He added that girls schools will be closed, and women will have no educational or professional opportunities. “It’s just going to be a momentous step backwards.”

State Senator @RyanWeld (R-Brooke) joins @HoppyKercheval to discuss the situation in Afghanistan and his perspective as someone who served as an intelligence officer to a joint Army/Air Force team in the Zabul https://t.co/Smt3ZGrMc3: https://t.co/wkudfIRZCB pic.twitter.com/j16Nh7AirH

Forty-six U.S. senators signed a letter asking the Biden administration to expedite the evacuations of at-risk Afghans and create a specific humanitarian parole category for female leaders, journalists, activists, security forces and others who are at risk.

West Virginia senators Joe Manchin, a Democrat, and Shelley Moore Capito, a Republican, were not among those who signed.

“In areas captured by the Taliban, there are reports of war crimes including summary executions, public beatings and flogging of women, sexual violence and forced marriage, as well as clampdown on media and other forms of communication, the 46 senators wrote.