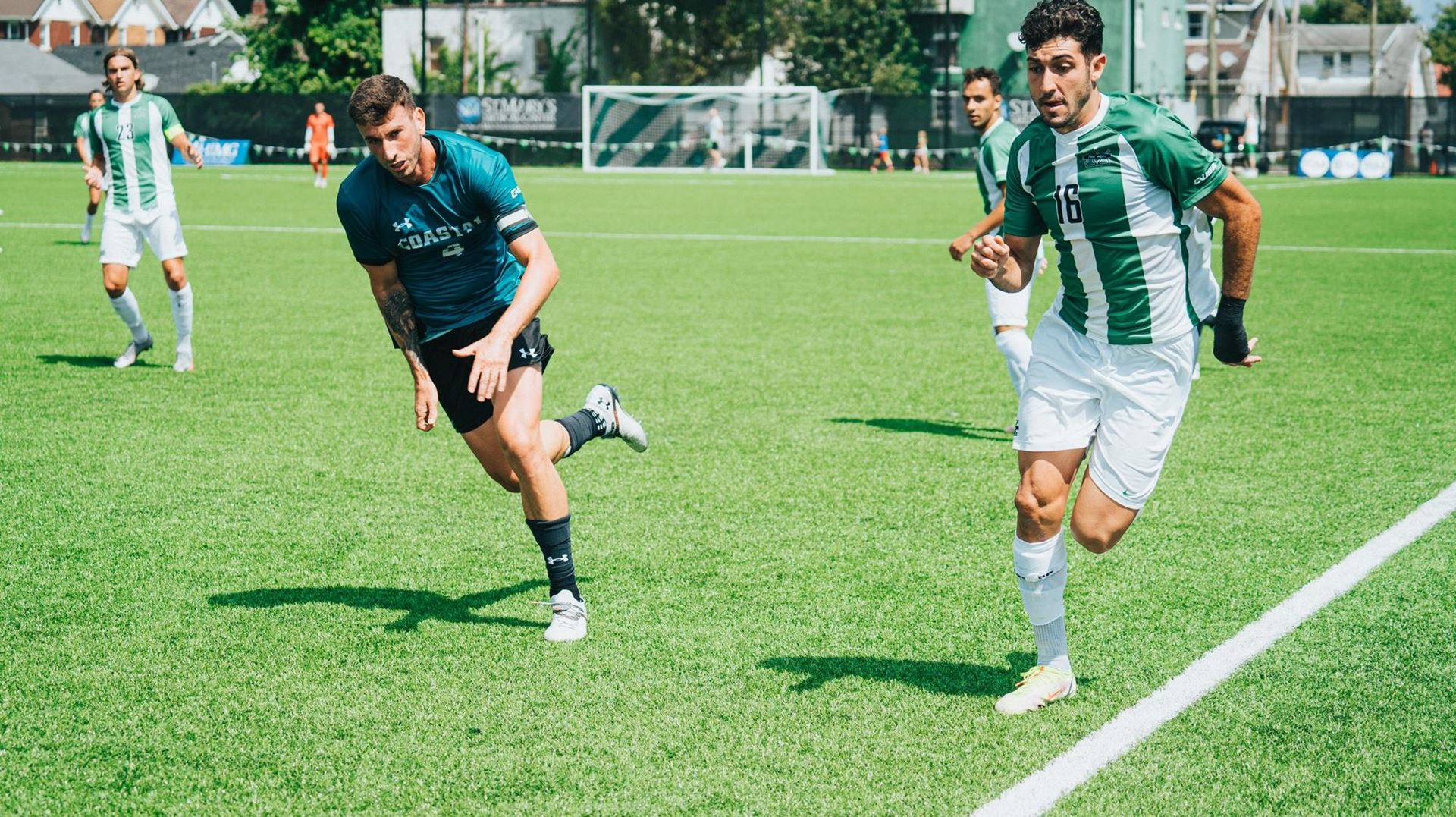 HUNTINGTON, W.Va. — Marshall and Coastal Carolina each came back from a goal deficit and played to a 3-3 double overtime tie Saturday afternoon at Hoops Family Field/Veterans Memorial Soccer Complex.

This was the first match for the Thundering Herd at home since it won the NCAA Championship last May.

“Just disappointed that we gave up two quality points today in the standings,” Herd coach Chris Grassie said in a university release.”I feel like sometimes we are just going through the motions. Disappointed for the crowd (1,078), because we had a great crowd and they were really into it and we couldn’t pull out the win for them. We need to be better.”

Marshall (1-1-1) had dropped from No. 1 to seventh in the latest United Soccer Coaches/NCAA Top 25 after a 3-2 loss to Virginia Tech on Aug. 29 in Harrisonburg, Virginia.

The Chanticleers, in their first season in Conference USA, are now 0-1-2 with an earlier draw against Kentucky. The three goals were the first three of the season for the Chanticleers.

Paulo Lino scored at 34:34 to get Marshall even with the visitors at 2.

Noah Raphael gave the Herd the lead at 3-2 at 73:45 when he took a feed from Alexander Adjetey and sent a shot past Chanitcleers keeper Joey Batrouni. Adjetey made a nice run down the left side and crossed the ball to Raphael.

However, Coastal Carolina wouldn’t quit and got the tying goal from freshman Alvaro Garcia-Pasqual at 77:25. He headed a ball home off the post off a pass from Emile Rzepecki.

Garcia-Pasqual scored Coastal Carolina’s other goal. The third came on an own goal in the 32nd minute.

Vinicius Fernandes got the Herd on the board at 13:23 with an assist from Vitor Dias.

With less than 30 seconds left in regulation, the Herd’s Milo Josef fired a hard shot in the box and Coastal keeper Joey Batrouni deflected it over the crossbar. Batrouni also denied Yosef from point-blank range in the first overtime.s

Marshall plays its next two matches on the road. The Herd visits East Tennessee State on Tuesday and Bowling Green next Saturday. The next home match is September 17 against in-state rival West Virginia.

Herd keeper Oliver Semmle made five saves and the team got credit for one.