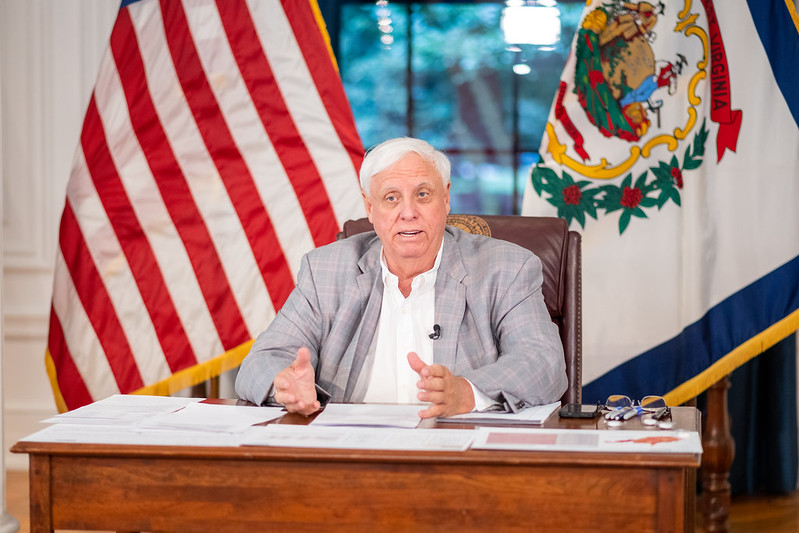 Forty-one of the state’s 55 counties were red on today’s state map.

Data compiled by the New York Times showed that West Virginia has among the highest rates of covid spread in the nation with an 89 percent increase over the past 14 days. The worst states in terms of that increase right now are Maine, South Dakota, Ohio and West Virginia.

West Virginia has now reported 3,148 deaths, up 24 since Friday’s update.

“I know we’re going to continue to have people who are going to die,” Justice said today. “Get yourself vaccinated to stop this. I don’t know for sure that it’s preventable but it could surely cut down on these numbers in a big way.”

The governor continued today to say decisions about other precautions such as masks should be left to officials at the local level.

“I have tried so hard to leave it to the local level in thinking the local people will make the right decision,” Justice said.

But he also said the delta variant, more contagious than earlier strains, is likely to continue to make conditions worse.

“I personally believe we’ve got more bad days in front of us than good right now.”