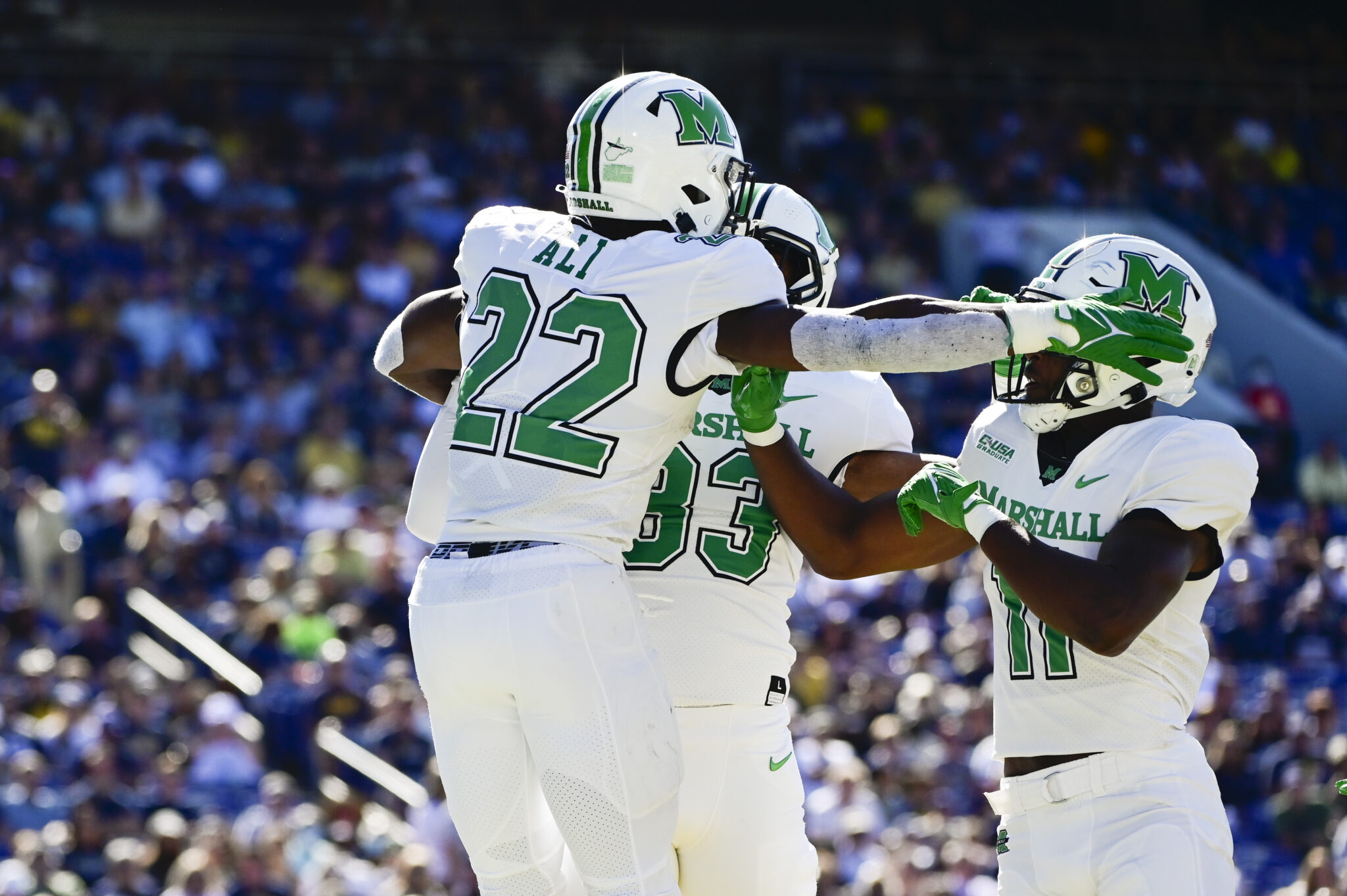 NC Central had last weekend off after opening the season August 28 with a 23-14 victory over Alcorn State in the MEAC/SWAC Challenge in Atlanta.

Saturday’s game is the first between the Herd and Eagles.

The Eagles are led by head coach Trei Oliver, who is 5-8 overall.

What to watch for Saturday:

Huff promised a high-tempo offense when he got the MU job and his offense delivered in the Navy win.

The Herd offense only had the ball for 18:41 in the game.

Huff says that Herd fans will see much of the same against North Carolina Central.

“I’m pleased offensively with the guys’ buy-in to the tempo, buy-in to the next play mentality, buy-in to the standard of excellence whether you’re a receiver, running back, quarterback, whatever it is,” Huff said.

Coming into the Navy game, Marshall’s special teams were a question mark.

There was a punting battle won by senior Robert LeFevre over highly-touted freshman John McConnell, a Morgantown native. LeFevre responded by averaging 47.7 yards per kick on three boots in the opener.

Huff and staff also made a change at placekicker as veteran Shane Ciucci was supplanted by senior transfer Andrew Sanders, who was perfect on seven PATs and consistently placed deep kickoffs. Return numbers were limited, but another area of special teams shined brightly as Marshall blocked two Navy kicks —a first-quarter field goal block by TJ Johnson and second-quarter punt block by Naquan Renalds.

“A lot of those guys on those units are not full-time starters on offense or defense, but they accepted their role in contributing to the success of the team,” Huff said, “and I think it was a really good start continuing to grow as a program.”

Despite being a clear underdog vs. Marshall this weekend, the NCCU Eagles have the full attention and respect from Huff, his staff and his team.

The Eagles showed some offensive firepower in the win over Alcorn State and the NCCU defense slowed Alcorn’s offense.

Huff knows the fire that the Eagles’ players will bring to Huntington in the search for an upset, and he has been in a similar role previously as a player at Hampton.

Everything for the Eagles’ offense revolves around Davius Richard, who is effective as both a passer and runner.

He threw for 184 yards against Alcorn, while running for 64 yards and two touchdowns.

Central’s top defender is cornerback Brandon Codrington, who is also a threat as a punt returner and returned one 77 yards for a touchdown in the opener.

“Aas a coach, when you put the film on, you’re not looking at the logo on the helmet,” Huff said. “You’re looking at the execution. We have a one-game synopsis because the coaching staff is a little bit new, but what you see in that Alcorn game is a team that can execute.”

Conference USA announced its policies for event cancellations in all sports for the 2021-22 seasons as COVID-19 continues to be an issue. If a team is unable to compete in a regular season conference game due to COVID-19, that team will forfeit the contest, which counts as a loss in the league standings. The team available to play will be awarded a victory. In the event both teams cannot play due to COVID-19, a no-contest will be declared … Marshall athletics is debuting a new addition to the tailgating options for Herd fans on Saturday. The concept is called “Thunder Street” and offers musical entertainment, food vendors and more along 20th Street between 3rd and 5th Avenues just west of Joan C. Edwards Stadium. “Thunder Street” is also where the Marshall players “Thunderwalk” will take place two-and-a half hours before kickoff. “Thunder Street” will open four hours before kickoff at each MU home game. 20th Street will close to through traffic six hours before game time … Richard was a teammate of Marshall sophomore safety E.J. Jackson at Glades Central High School in Belle Glade, Florida.