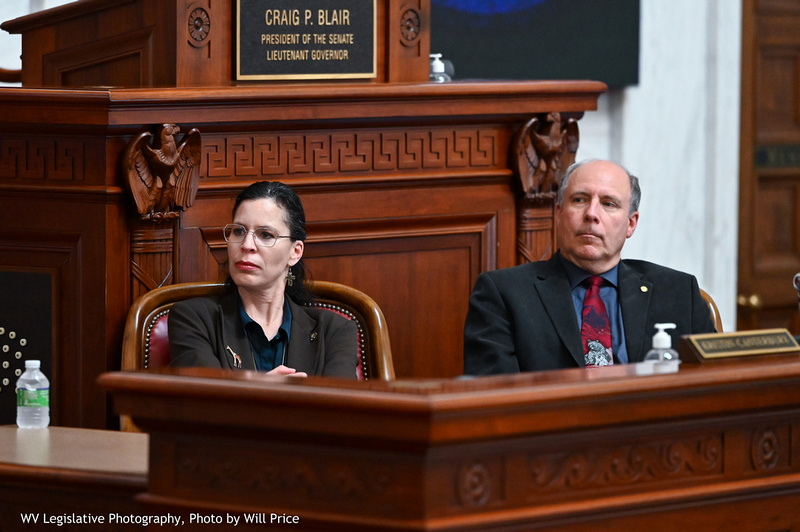 West Virginia lawmakers dove into critical race theory today, with all those providing testimony saying they have no expertise and all saying the concept is not a core element of the state’s school system at any level.

Delegate Sean Hornbuckle, D-Cabell, asked why the topic was being addressed.

“I’m trying to understand the context of this agenda topic. Is there an issue?” asked Hornbuckle, one of West Virginia’s three Black legislators.

Senator Patricia Rucker, R-Jefferson and chairwoman of the Joint Standing Committee on Education, said the discussion was meant to define critical race theory and explore its status in West Virginia schools.

Critical race theory is an academic concept that racism may lie not only with individuals but also exists through lingering effects in legal systems and policies.

Debate over critical race theory gained momentum after the murder of George Floyd motivated millions of Americans to march and demonstrate for racial justice. Controversy over the theory heated up through attention by Christopher Rufo, a conservative activist and documentarian who used the term to also encompass a range of antiracist thought sometimes found in workplace diversity training.

The concept is more than 40 years old and is mostly explored in higher education settings, but state legislatures across the country have debated bills seeking to ban its use in the classroom.

“We did not find that there were any academic majors or courses that were specifically dedicated to teaching this concept,” said Turner, who noted that the theory could be part of other coursework at West Virginia higher education institutions.

Senator Eric Tarr, R-Putnam, challenged her on that, citing a reference to “social justice” in some school system materials. Blatt said school learning materials are supposed to be non-political and said social justice in this instance refers to equal opportunity.

“Not to our knowledge, and it is not part of any of our standards,” Blatt responded.

Walker asked Turner, “Have you had anyone make a complaint about anything being taught about critical race theory?”

Turner acknowledged that the higher education system fields regular complaints about a range of topics, but he said “I don’t recall any complaints specific to critical race theory.”

During West Virginia’s most recent regular legislative session, a bill in the House of Delegates aimed to “prohibit ‘divisive concepts’ from schools, state agencies and any groups receiving state funding.” It was briefly on an agenda for the House Workforce Development Committee and then was pulled before a day passed. That bill’s text did not use the term “critical race theory.”

Senator Mike Azinger, R-Wood, was that chamber’s only sponsor of a bill described as “prohibiting teaching of divisive acts and critical race theory in public schools.” It was not taken up in committee.

“This is raw Marxism is what it is. That’s the roots of critical race theory,” Azinger said at today’s hearing.

Azinger went on to say, “Critical race theory is infesting everything. This is going everywhere. It’s infesting education also. I think it’s good that you folks are aware of it. It might not be as bad in West Virginia as other states, but I promise you it’s coming.”

Azinger had risen to ask Blatt a question, but didn’t do so.

“Did you have a question?” Rucker asked him.

Azinger said he’d just wanted to make his point. “That’s my question. Put a question mark at the end.”