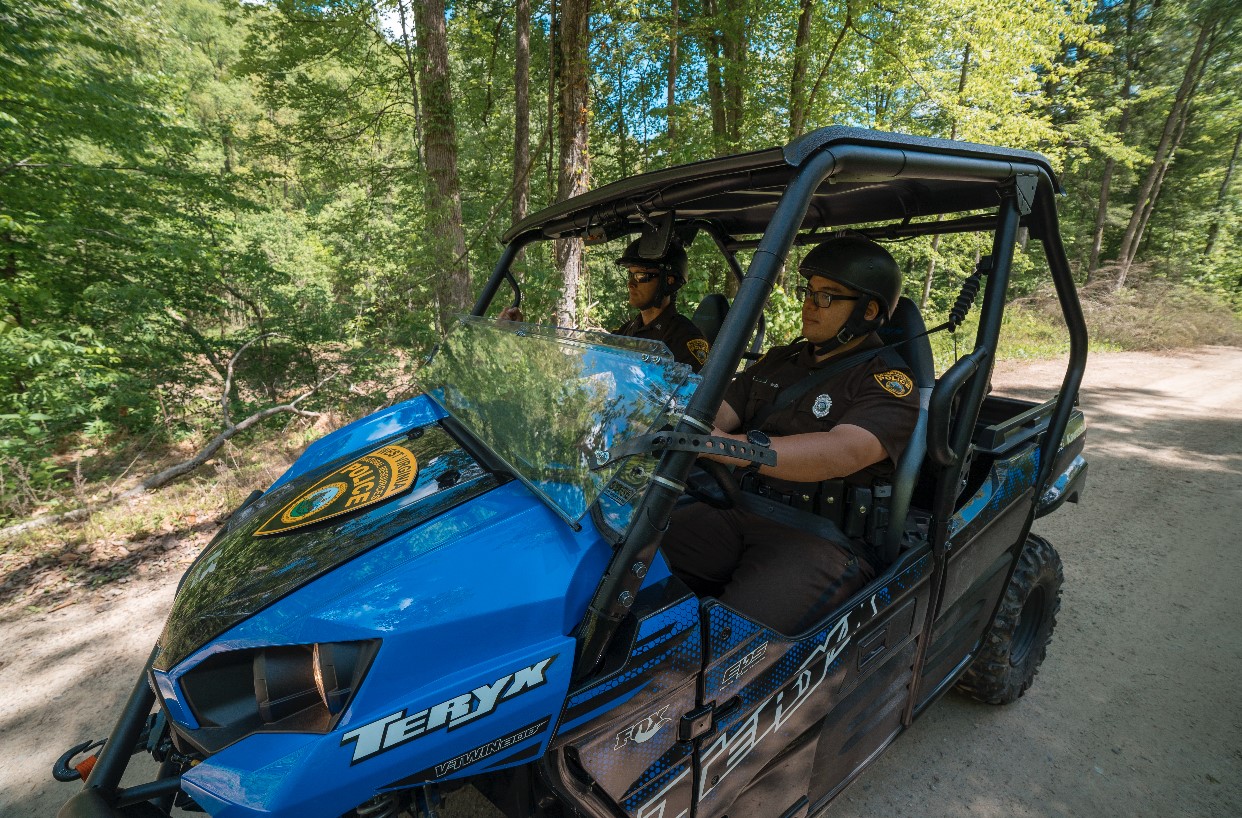 SOUTH CHARELSTON, W.Va. — Outlaw off-road riding on the state’s second largest Wildlife Management Area is a problem which has now been placed squarely into a spotlight.

Just over a week ago, amid a cascade of negative feedback, the Hatfield-McCoy Trails dropped plans to develop an off-road riding area on the East Lynn Wildlife Management area. The proposal called for a third of the WMA to be given over to the trail authority to enable the riding. Since that won’t happen, the task falls to the DNR to get a handle on the issue which began the discussion in the first place, “outlaw riding.” The term was self-proclaimed on social media by those who choose to use the area illegally and fought against the Hatfield McCoy Trails’ proposal for a regulated riding area.

Natural Resources Police Colonel Bobby Cales, speaking on last weekend’s West Virginia Outdoors, said his officers recently conducted patrols there and encountered a high number of riders who were in violation and riding on a prohibited area. He said those patrols will continue and be stepped up.

“We intend on continuing to patrol these areas and increase our visibility there,” Cales said.

The patrols are special details involving NRP Officers from various areas spending extended time on the WMA. Cales said initially they have written only warning citations and will continue to do that for the time being, but he said at some point that will change.

“We’re going to increase our visibility and patrols and once we think the public has a good understanding of what’s going on we will increase out activity,” he said.

Some of those riding don’t even realize the area is restricted to off road vehicles. Many are actually from out-of-state.

“They’re coming from other states. There are several types of vehicles coming in there. We want people to enjoy the natural resources of our state, but we also have a duty to protect those resources,” Cales explained.

Cales admitted it’s a big lift for his agency. The Natural Resources Police only have only a limited number of officers to patrol vast expanses of public land all across the state, but Cales said they will continue the special details for as long as it takes. Cales said the biggest fear is somebody is going to get hurt or killed amid illegal and unregulated riding in the area.

“When folks have these mountain climbs up a pipeline, some of this terrain is extremely dangerous and the likelihood of someone rolling their UTV, ATV, motor bike, or whatever they are operating is very possible. We are very concerned about that situation. That’s the reason we are there is to protect the property and make sure the public is operating safely,” he said.