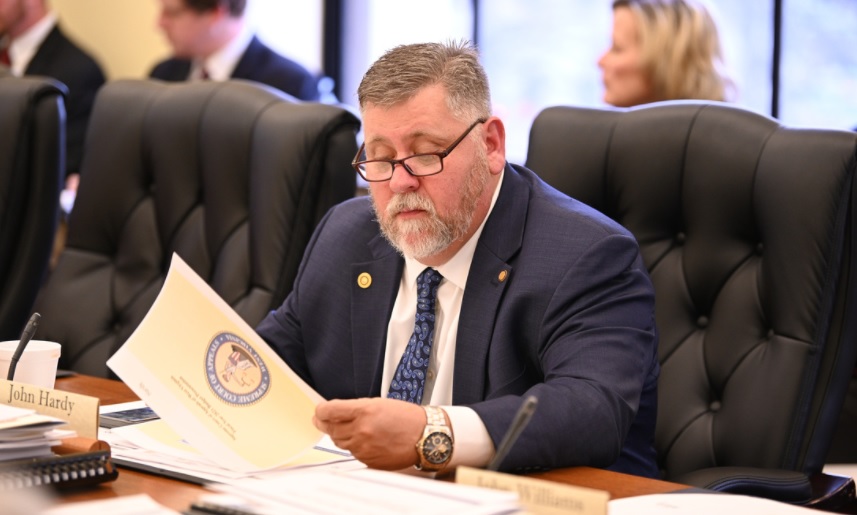 MARTINSBURG, W.Va. — A member of the West Virginia House of Delegates wants the state to further promote monoclonal antibody treatment for COVID-19.

Delegate John Hardy, R-Berkeley, has first firsthand experience with the infusion treatment. The fully-vaccinated Hardy was diagnosed with COVID last week. He got the treatment in recent days.

Hardy said not long after he attended interim committee meetings earlier this month at the state capitol he started to feel poorly. He said by Saturday, Sept. 18, he had lost his sense of taste and smell. He tested positive for COVID-19 on that day. He said the next three days were tough.

“I was as sick probably as I have been in my entire life. I had every kind of symptom you could think of. It was like a revolving door of headache, cough, fever—it was just one symptom after another,” Hardy said.

“I received that infusion at around 8:30 on Wednesday and I can tell you about 4 to 5 hours later I began to feel much better,” Hardy said.

He said there six stations for the infusions. Hardy said the treatment took less than three hours.

Hardy said he now wants to spread the news about the infusions.

“I think this probably a treatment option that should be readily available,” Hardy said. “I have been in contact with the governor’s office already to let the governor’s office know what my experience was with it. I’m hoping and praying (the state) and WVU are working to expand those programs.”

State InterAgency Task Force Director Jim Hoyer talked several times last week about the plans to spread those treatments. The Kanawha-Charleston Health Department is one of those locations doing the infusions.

Hardy said he’s thankful for the infusions are will promote them as much as possible.

“The treatment that I received worked very well for me. I can’t say it would be the same for everyone but I just wanted to tell of my experience,” Hardy said.

Hardy had received both courses of the Moderna COVID-19 vaccine by the end of January.