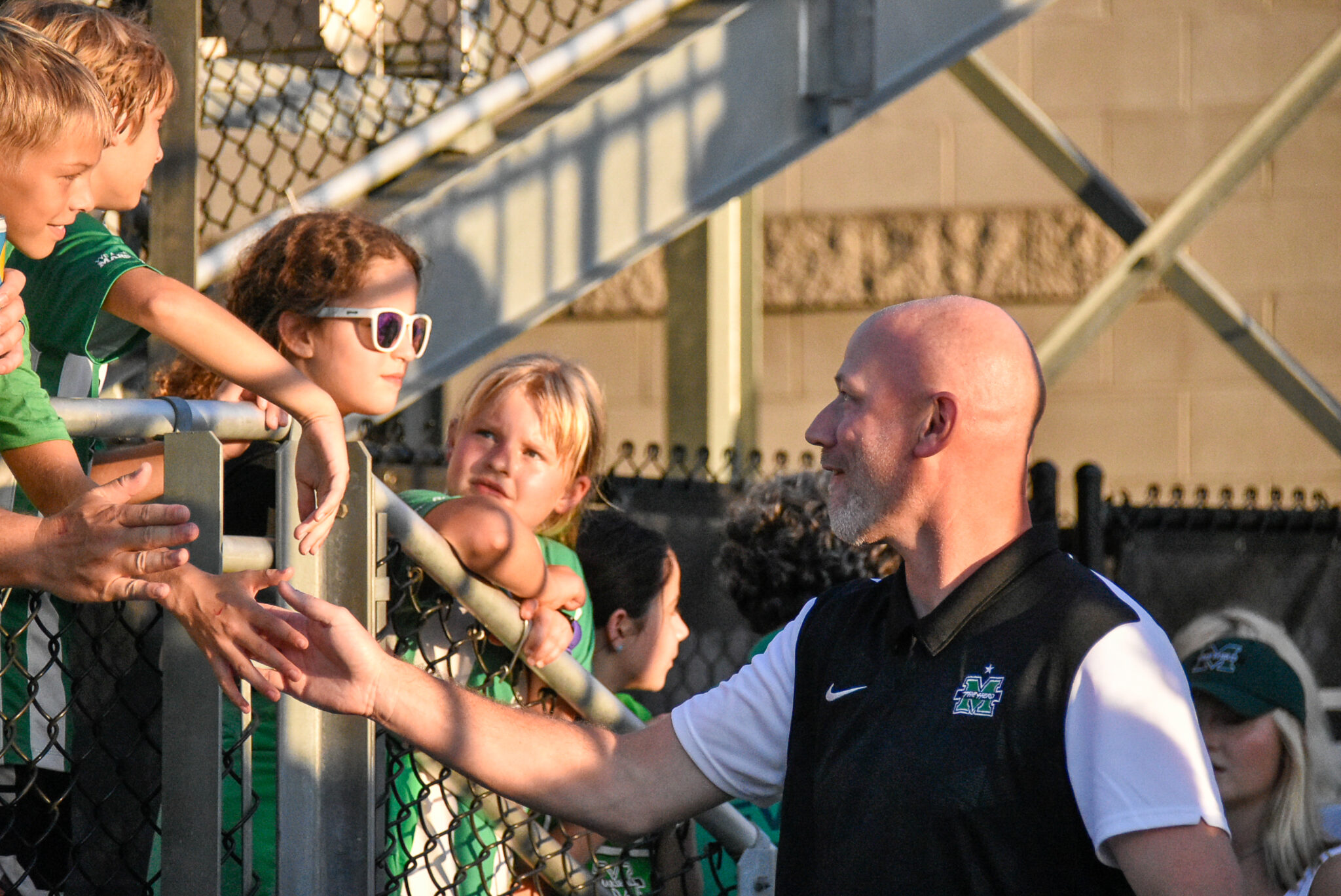 HUNTINGTON, W.Va. — Goalkeepers Jan Hoffelner for No. 10 Kentucky and Oliver Semmle for No. 5 Marshall proved to be difficult to beat Saturday night.

Semmle stopped five shots, perhaps his biggest coming late in the first overtime, and Hoffelner stopped the only shot he saw in the closing seconds of that overtime, and thus the Thundering Herd and Wildcats settled for a 0-0 draw in front of 1,728 fans at Hoops Family Field.

“Kentucky did a very good job defensively with five across the back,” Herd coach Chris Grassie said. “I think Kentucky’s job tonight was to set up shop and park the bus and then try and to create some chances off our mistakes. It was a strong performance from us tonight as we maintained the ball most of the game but we just didn’t get the shots to show for it.

“Oliver (Semmle) was exceptional. A-plus performance from him tonight. He did a good job coming out and making the saves. He doesn’t have to make many saves but obviously some very important ones tonight. But his overall performance, his kicking, his composure, his vision for the game was very very good tonight. Definitely a man-of-the-match performance from him.”

The match proved physical from the outset. There was some pushing and shoving between the players with 6:30 left in the first overtime. In the end, there were 32 fouls and four yellow cards.

In the 93rd minute, Semmle made his fifth save with All-Conference USA selection Eythor Bjorgolfsson staring him down. Semmle made the stop while just a few yards in front of Bjorgolfsson and knocked the ball out bounds.

The Herd got its first shot on goal in the 100th minute as senior Vitor Dias had a header with seven seconds left and Hoffelner made the stop. He has allowed just one goal this season posted shutouts five times.

Marshall went on the attack in the second overtime and had a great opportunity in the 103rd minute. Ibrahima Diop received a pass in the middle of the 18-yard box and then just missed wide left of the goal. This was the first match the Herd failed to score.

This was the 44th meeting between the two teams, the longest running in Herd program history. Kentucky has the lead 21-19-4. The Herd had won the three previous meetings.

Grassie now has to wait until Wednesday to get his next shot at career-win No. 50. The faces Butler at home at 7 p.m. Grassie is 49-25-12 at Marshall and includes the national title Marshall won in May.

“Every game provides you a new opportunity,” Grassie said. “We kept trying to make a play.”

This was the Herd’s seventh match this season against a ranked opponent or one receiving votes at kickoff.