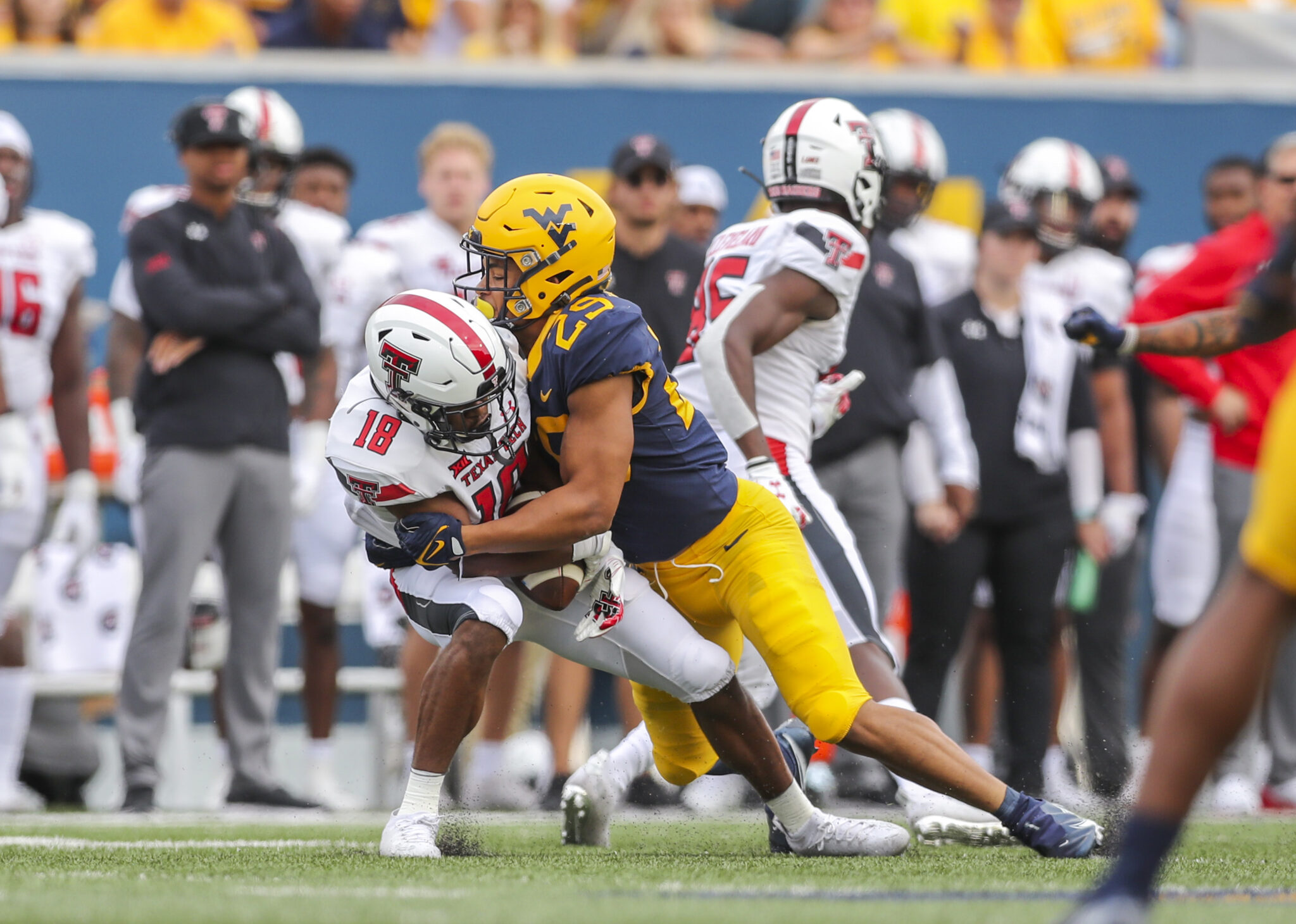 MORGANTOWN, W.Va. —  Sean Mahone has spent plenty of time around the ball through five games of his redshirt senior season.

Mahone is currently fifth in the Big 12 Conference and second on the Mountaineers with 39 tackles.

Still, there is room for Mahone to grow, and defensive coordinator Jordan Lesley has made it a point of emphasis for the Liberty Township, Ohio native to focus on being ready to play from the outset of games.

“Sean has to start games a little better,” Lesley noted.

However, that didn’t seem to be an issue in last Saturday’s 23-20 loss to Texas Tech when Mahone intercepted a Kaylon Geiger pass on a trick play attempt during the game’s opening drive — just the Mountaineers’ second interception this season.

Mahone is the only WVU player to record 10 or more tackles in three games this season and has he posted 10 each in two straight losses to Oklahoma and Texas Tech.

“Overall, what I have seen from him is his physicality and tackling,” Lesley said. “He is a great leader for us on defense.”

While Lesley thought Mahone was sluggish at times early in games over the season’s first month, since the Lakota West High School alum has gotten his feet under him, it’s been a different story.

“He was hesitant on some things, but as he got going throughout the games he made some open-field tackles,” Lesley said. “That is where he made the most improvement. Go back to the 2019-20 season, same scenarios throughout the game, and he did not make those plays as well.”

Mahone finished the 2019 season with 80 total tackles and five tackles for loss, including a season-high 15 tackles against Texas Tech.

After his interception in the opening quarter Saturday, the Mountaineer defense endured first-half struggles as the Red Raiders built a 17-0 halftime lead.

While the offense struggled until the second half, WVU’s defense offered a strong response to start the second half and forced consecutive three-and-outs to not allow a first down in the third quarter..

Ultimately, however, the Mountaineers suffered the same fate for a second straight week — a game-winning field goal by the opposition in the late stages.

“It is not a good feeling,” Mahone said. “We know what we can do and everything. In the first half, it was not West Virginia. When we came out in the second half, it was for real. We have to start fast. We cannot beat ourselves.”

With 18 more tackles, Mahone will bring his career mark to 200 career total tackles. Three of his career 10 TFLs have come through this season’s five games after he had seven in his previous 42 contests.

This weekend, West Virginia embarks on its second conference road trip. The Mountaineers play at Baylor in what will be their 10th meeting with the Bears.

The Bears boast the Big 12’s top rushing offense and one of the better rushing attacks in all of college football. Mahone will have to be wary of getting drawn toward the line of scrimmage on instances when Baylor uses its run game to take shots through the air, but he is hopeful WVU can end a six-game road losing streak dating back to the start of the 2020 season.

“Attack the new week,” Mahone said. “Learn from the mistakes and move on to the next. Short memory, because we have seven more opportunities. This one hurts, so we move on.”