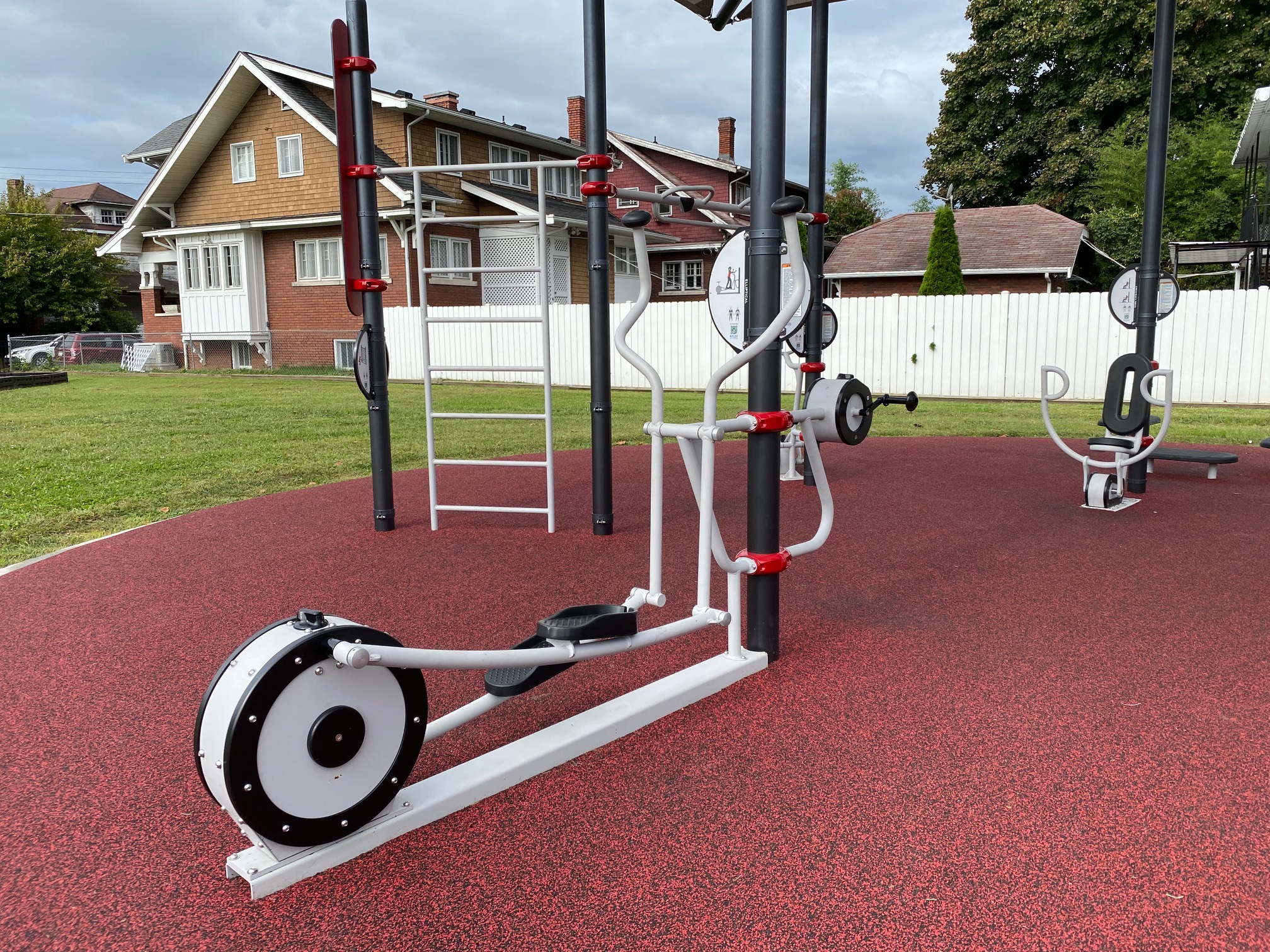 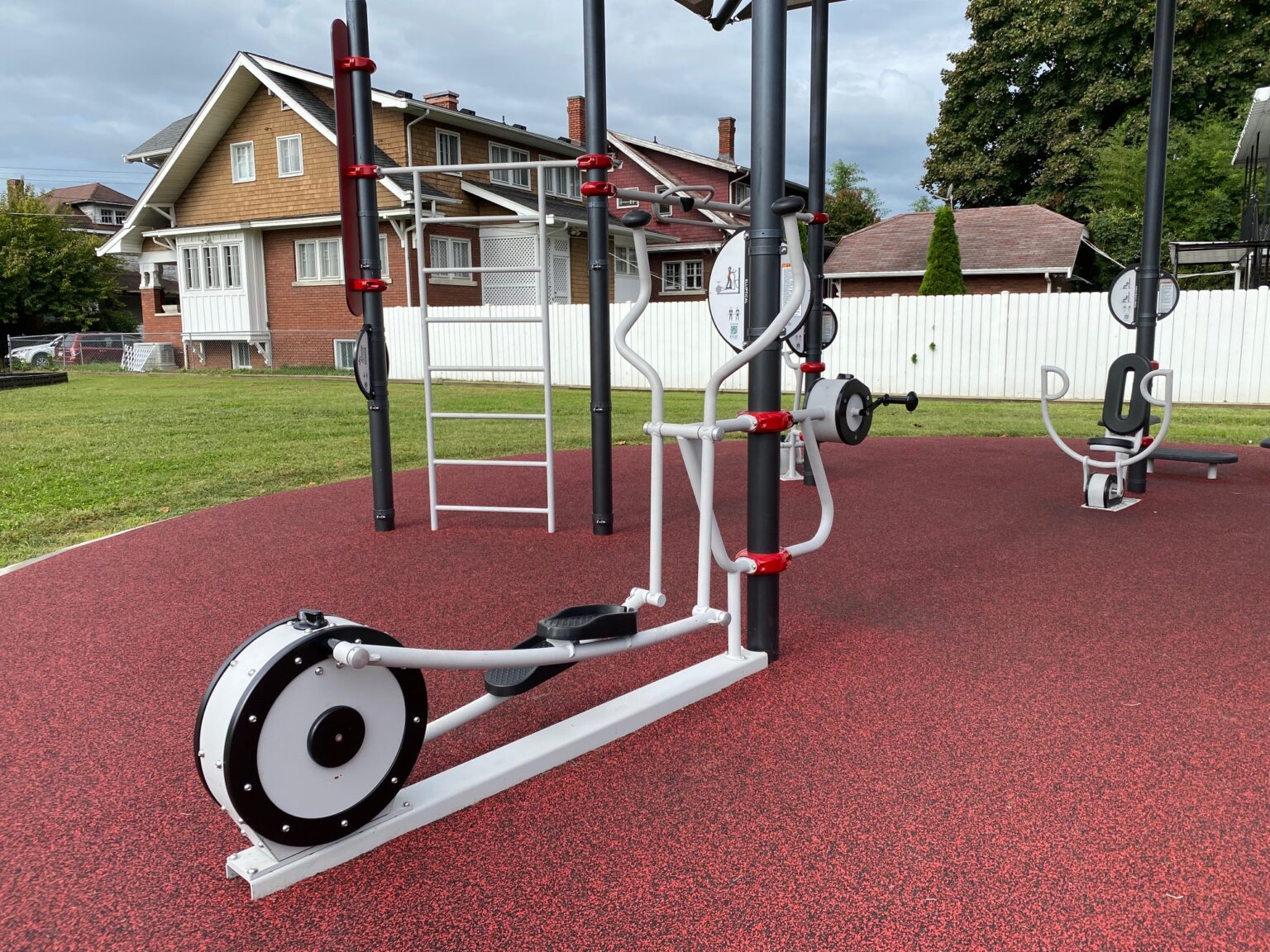 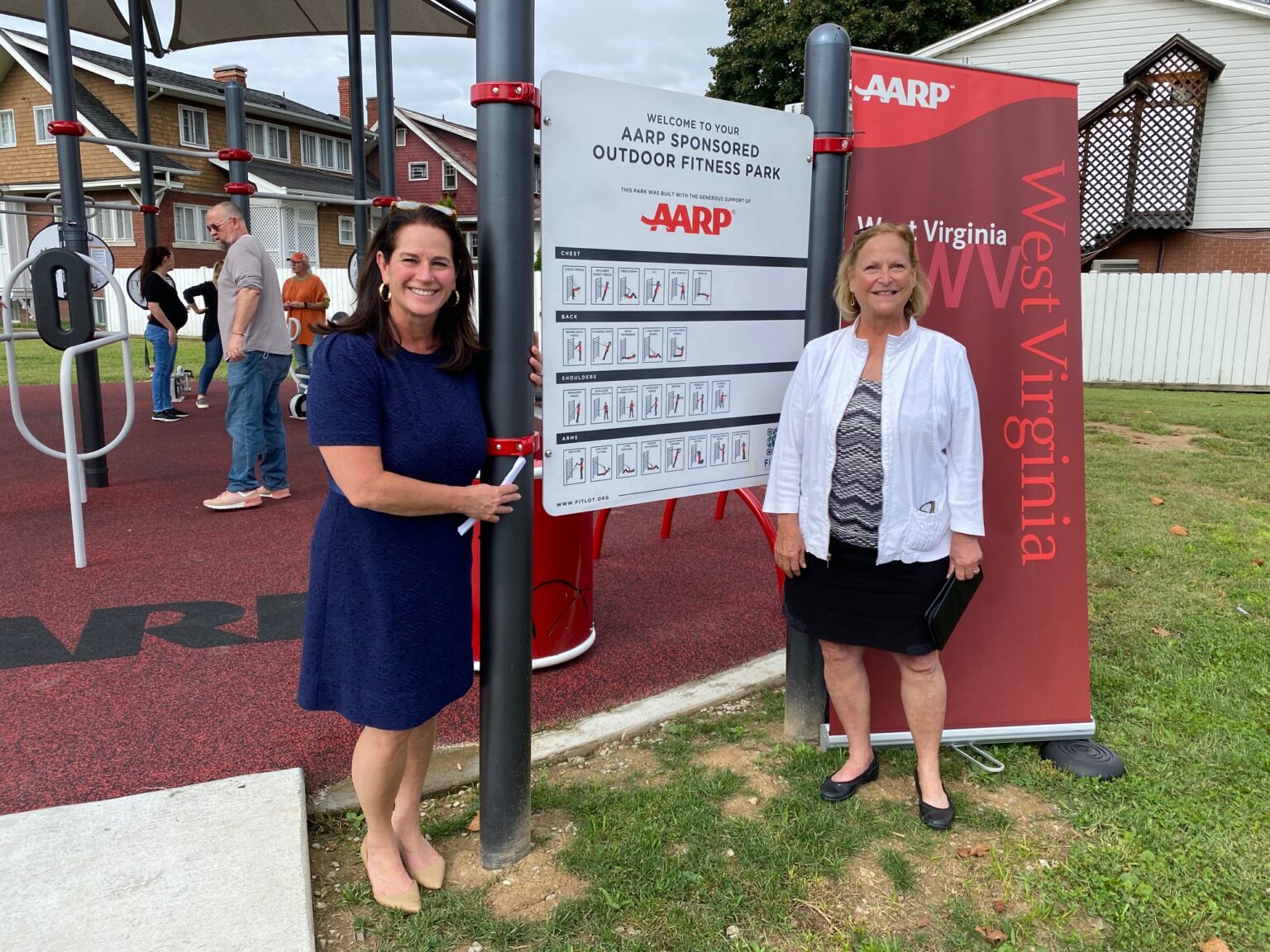 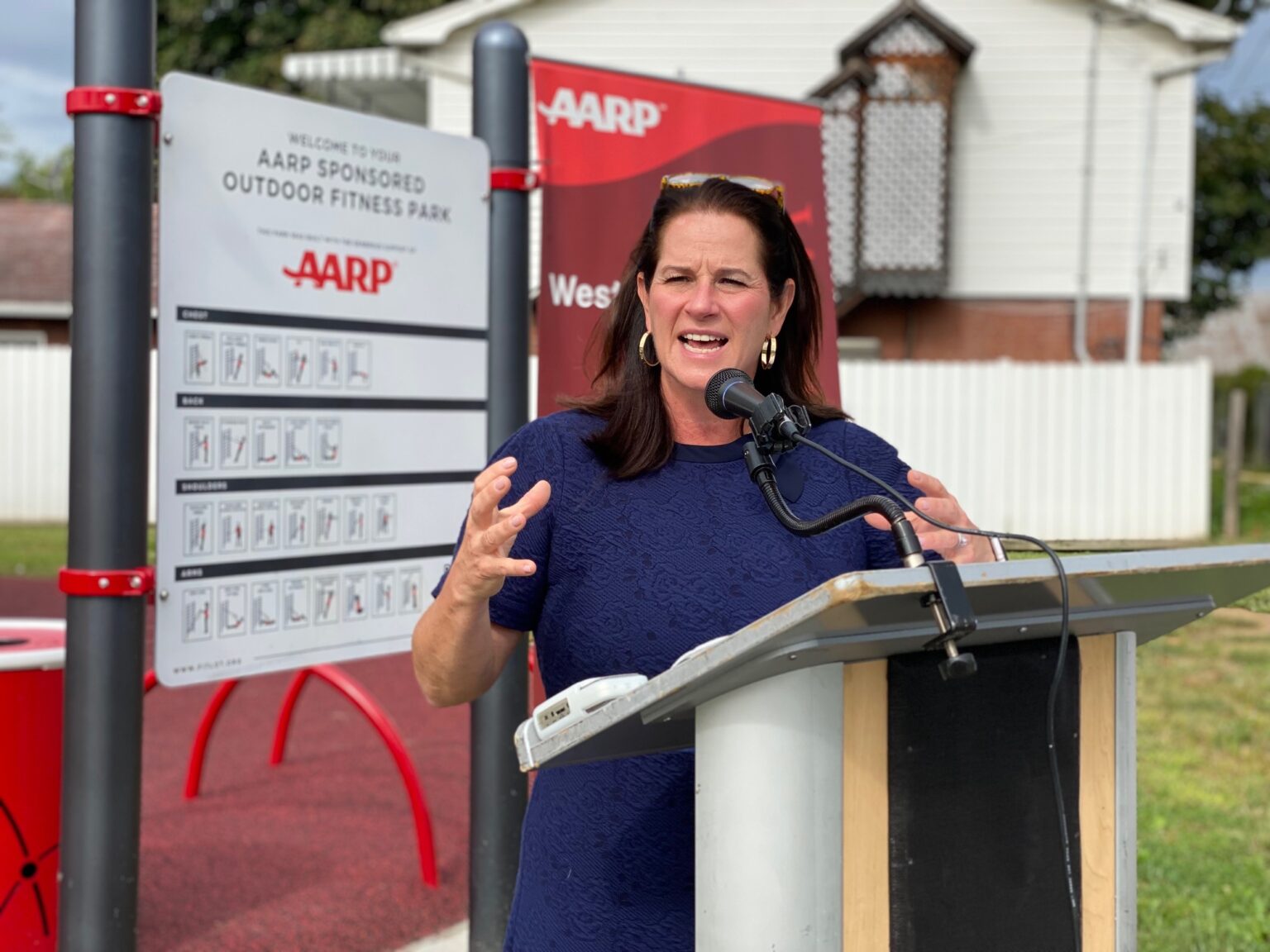 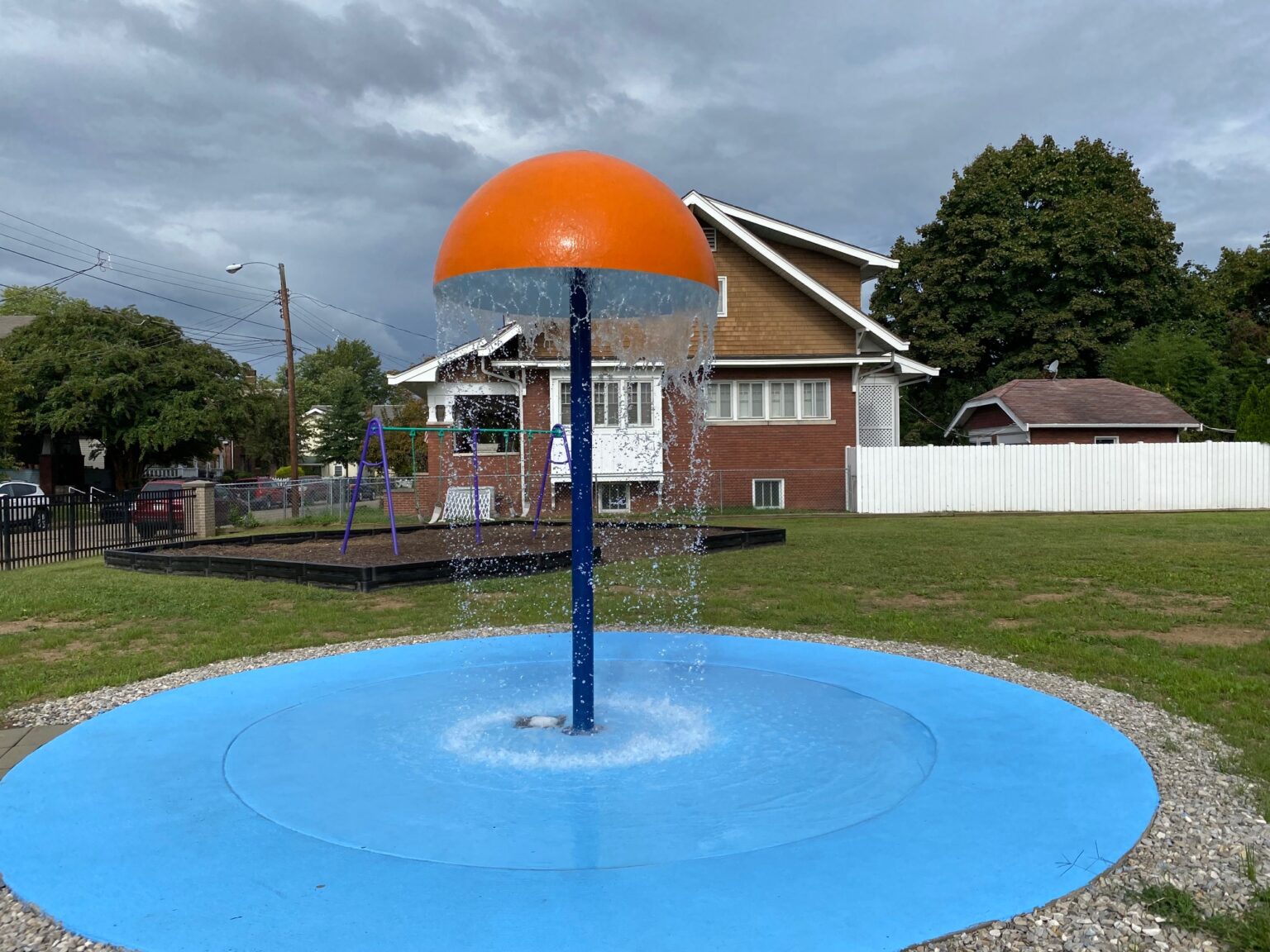 AARP West Virginia unveiled the space Friday at Charleston’s East End Community Park as a way to boost healthy living in a state that continues to see high rates of obesity.

“It is somewhat unique. There’s going to be one in every state across the country,” said AARP West Virginia State Director Gaylene Miller.

The park includes FitLot exercise equipment such as an elliptical and a stair climber. It sits on a circular red and black pad across from swing sets and a community garden.

Charleston Mayor Amy Shuler Goodwin said the park is for everyone, regardless of your fitness level.

“You want a robust work out? It’s here. You’re just getting back on your feet or you just had knee surgery? Your equipment is right here,” Goodwin told MetroNews following a Friday ceremony.

The city’s Parks and Recreation Department will soon offer free classes at the fitness park and will post a schedule on their website.

Goodwin said there needs to be more fitness opportunities like this, not just in her city, but across West Virginia where people can walk or ride their bikes to and from.

“We need to make it accessible and close to where you live,” she said. “We tell people all the time ‘go outside and play,’ well, let’s give them a place to go outside and play. This is just another jewel in the city.”

The mayor had her campaign announcement at the East End Park in 2017. She said the space has grown since then.

“When I was running for mayor, it was just a dirt lot in a community that is so vibrant,” Goodwin said. “A vibrant community means vibrant neighborhoods and this just adds to that vision.”

AARP’s total investment in FitLot projects nationwide during this three-year initiative is $11 million.

Similar fitness parks from other sponsors were installed last year in Ripley and Elizabeth.