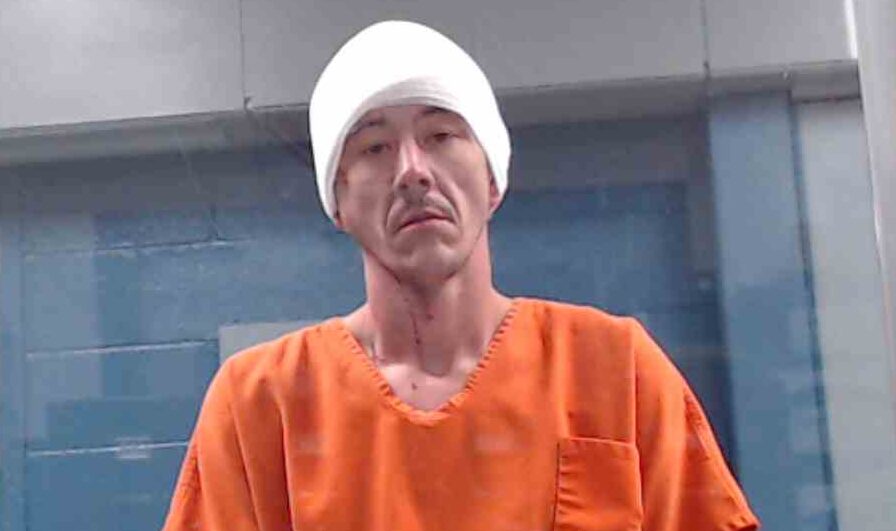 MADISON, W.Va. — A Boone County man in jail in connection with the shooting death of a pregnant woman apparently didn’t know the victim.

According to Boone County Sheriff Chad Barker, Mitchell Hughes, 30, of Racine, was on a crime spree Monday afternoon when he shot and killed Ashley Goad, 22, outside of her home in Comfort.

“It was a random victim. He pulled up to the house and shot the homeowner,” Barker told MetroNews Tuesday morning.

Hughes is lodged in the South Central Regional Jail after his arrest near Kanawha State Forest early Tuesday morning. Barker said that’s where Hughes had driven a stolen cruiser to as police gave chase Monday evening.

Barker said the crime spree began in the community of Sylvester where Hughes allegedly stole a vehicle. He drove to Comfort where he shot Goad and then took off. A Boone County deputy encountered Hughes outside the vehicle in the community of Ashford where he had a gun.

Hughes stole the deputy’s cruiser after a short foot chase. He was arrested Tuesday morning after being found on the porch of a residence near Kanawha State Forest.

Barker said Hughes is charged with two counts of first degree murder in the deaths of Goad and her unborn child. Other charges are pending.

“It’s awful. It’s tragic. It’s heartbreaking. You can’t imagine for the family—but our hearts and prayers go out to the families of the victims. It’s just a tragic situation,” Barker said.

The criminal complaint said Goad was outside her home looking at a friend’s new car. Hughes was following that car, according to investigators.

Police are familiar with Hughes. He has a long criminal history, according to Barker. Investigators are still trying to determine a motive. Barker said they have the right man in custody.

“We’re 100% that we have the shooter from the murders. It just piecing the details together and getting the timeline finished up,” Barker said.