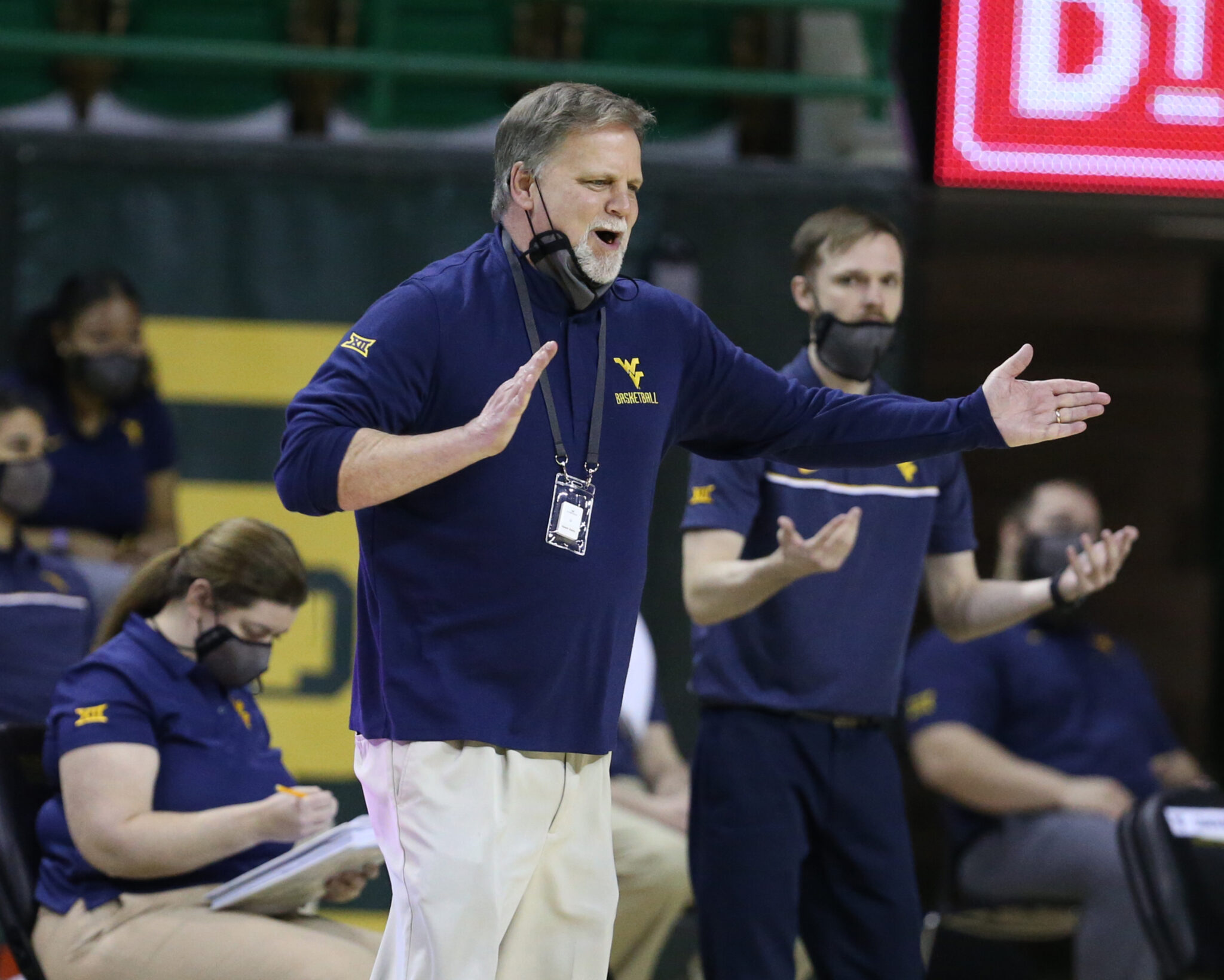 MORGANTOWN, W.Va. — Three weeks remain on the calendar before the WVU women’s basketball team opens up their regular season against St. Francis. As Mike Carey prepares for his 21st season leading the Mountaineers, he believes that time is not necessarily on his side to blend four returning starters with seven newcomers.

“I am starting to get real hyper about it,” Carey said. “I really am getting nervous about it because I really thought we would be a little farther along right now. We have talent. I told the team yesterday, ‘Talent doesn’t win. You can have all the talent in the world. If you don’t play together, if you don’t space, do all the little things, you are not going to win’.”

Expectations inside the Coliseum are elevated after last year’s 22-7 season where the Mountaineers finished second in the Big 12 in both the regular season and the conference tournament. West Virginia is ranked 19th in the AP preseason poll.

“It is going to be a lot of pressure but it is good pressure,” said WVU senior point guard Madisen Smith. “Teams are going to be gunning for us like coach said. They are going to try to come for us every night because we are ranked. So we have to give it right back to them.”

Kysre Gondrezick was selected with the No. 4 overall pick in the WNBA Draft, but the rest of the WVU starting lineup returns.

“If you are asking me right now, ‘What is the best combination?’ I don’t know,” Carey said. “You’ll see signs that this is a pretty good group right here, and then it is not, and then another group. Rotations are going to be very important for this team.”

Fourth-year starting point guard Madisen Smith is back at full strength after suffering a leg injury that cost her all but four minutes on the floor in the final nine games of last season.

K.K. Deans and Kari Niblack return for their third seasons as starters. As a sophomore, Esmery Martinez averaged a double-double with 11.6 points and 13.6 rebounds per game. Depending on lineups, Martinez could slide out to small forward and play at various spots on the floor.

“It was just all a matter of confidence for her. When she first got here, she was pretty uncertain about herself. Coming to West Virginia, she didn’t know anybody,” said Niblack.

“She is comfortable playing with us now. I think that’s really all it was, becoming comfortable and having the confidence to play with us. That’s how she blossomed so quickly.”

The Mountaineers will host WVU-Tech Thursday at 7 p.m. in their annual ‘Haunted Hoops’ game. It is the lone preseason game open to the public.