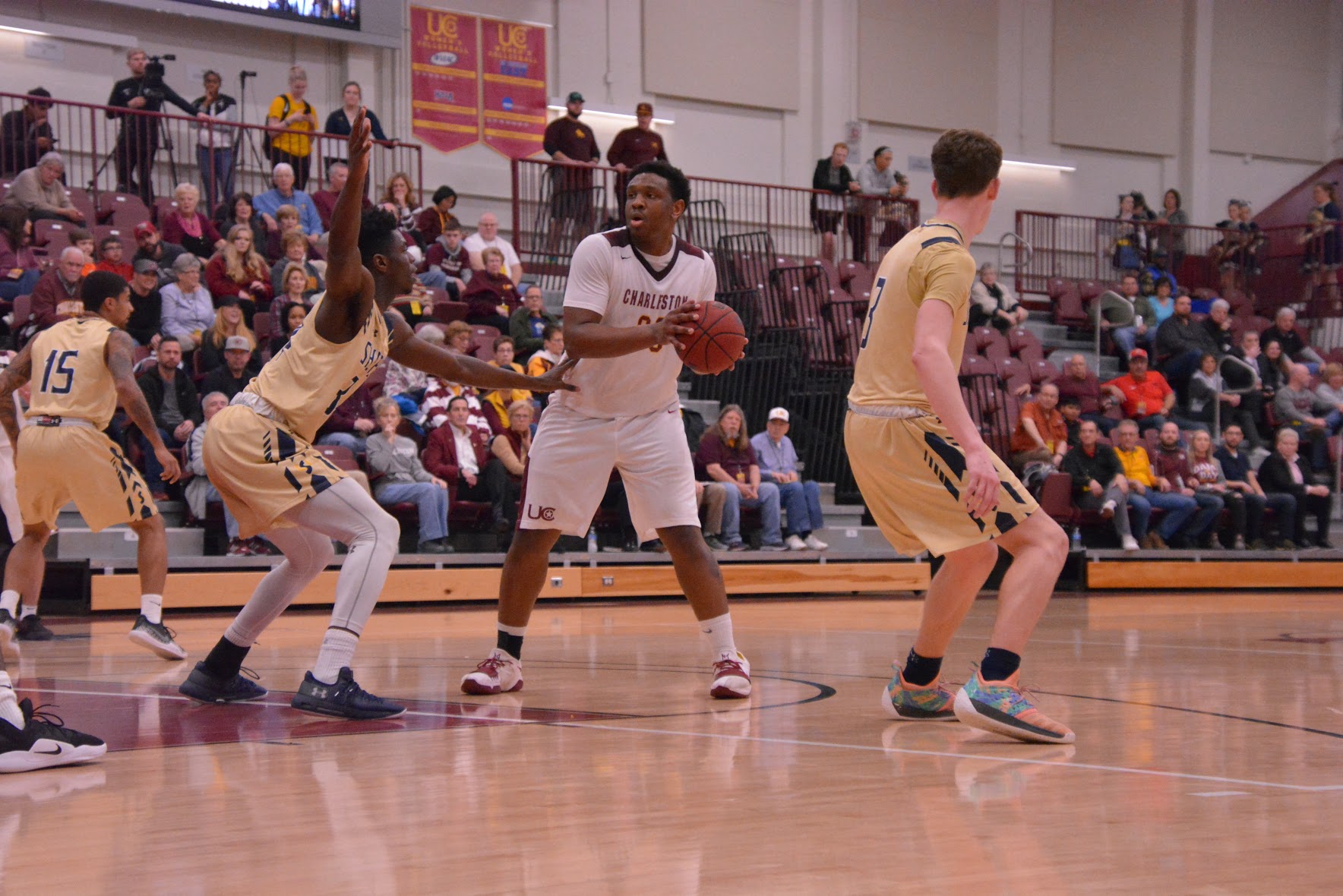 The University of Charleston and ninth-year head coach Dwaine Osborne produced one of the best win percentages in program history last season.

The Golden Eagles finished last season 14-3, and the 82 percent of contests they won marked the program’s highest win percentage since the 1999-2000 season, when UC won 93 percent of its contests under Jayson Gee.

Fortunately for Osborne, plenty of familiar faces return to lead the Golden Eagles this season.

“We are super thankful we have eight of our top nine scorers from last year,” said Osborne. “One of the things I have learned throughout my career is continuity. We have four starters back from last year’s team. I think we are further ahead because guys have a feeling for what we are doing, what we are trying to do, and what our key points of emphasis are.”

“One of the things that I love about our team is our balance,” said the two-time MEC Coach of the Year. “We had eight different guys score double digits. We had maybe seven guys score 20 or more points in a game. We feel like we have multiple weapons. We don’t have to rely on one person.”

Redshirt senior Lamont McManus is exercising his extra year of eligibility. McManus was tabbed as an All-MEC first-team selection after averaging 14 points per game and shooting nearly 70 percent on 145 field-goal attempts.

“He is a high-level player,” Osborne said of the 6-foot-6 McManus. “Three years in a row, he has been top 10 in the country in field goal percentage. It is hard to find someone nowadays to throw it into one-on-one matchups. Regardless of who we play, if we throw it in there one-on-one, he is going to have a high probability of converting for us. We are super excited to have him back.”

“He was a big factor for us last season,” Osborne said. “He started slow, but he got better and better once he settled in. We are excited to see what he can do this season. I think he has improved and has big aspirations to be great this season.”

Seth O’Neal, the team’s second-leading scorer with an average of 12.2 points last season, is not returning. O’Neal wanted to focus more on spending time with his daughter and Osborne is happy for the next chapter in O’Neal’s life.

“I was a huge supporter of that because that is what needs to be taken care of first,” noted Osborne. “He felt like he wasn’t going to be able to do that while trying to manage classes and practice. He is a guy that loves basketball and loves to compete. I think he made a great decision.”

Osborne will look for junior Shaunn Monroe to handle the role of floor general. A transfer from Urbana, Monroe played in all 17 games last season and averaged 25 minutes.

“Shaunn is a combo guard, and he can play both spots,” Osborne said. “I think he has improved. I can tell he has improved because of the amount of time he spent this summer. We are super excited about his progress and where he is at.”

The University of Charleston begins its season by welcoming California University of Pennsylvania to the Wehrle Innovation Center for the MEC/PSAC Tip-off Challenge on November 12. The Golden Eagles will take on St. Augustine’s University the next day to conclude the event.