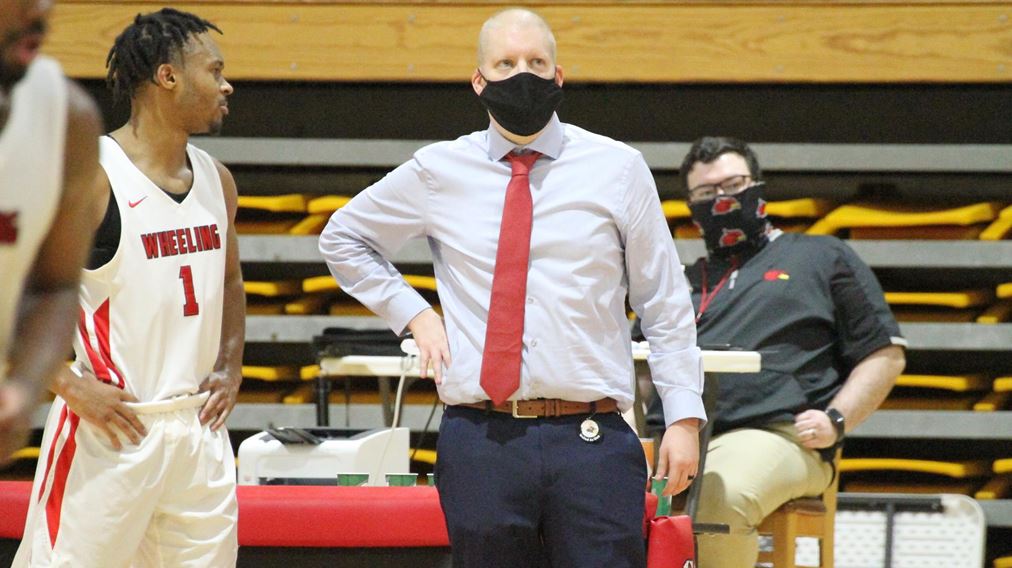 Wheeling University will be looking to make noise within the Mountain East Conference after being one of the hardest-hit teams by COVID-19 last season.

The Cardinals had seven games postponed due to either players contracting the virus or the opposing team having issues of their own. Of those seven postponed games, five came toward the end of January.

Wheeling finished 6-12 last season. Second-year head coach Chris Richardson is hoping he learned from some of last year’s mistakes and hopes to see his team grow.

“I was stubborn in the preseason,” Richardson said. “I thought we were a man-to-man team and will always be a man-to-man team. Zone is a four-letter word, and we are not going to use it. We had guys out and sick. We walked into Glenville State during shootaround, and I said that we are putting in a 2-3 zone. I need to adapt, and I need to be able to put our guys in the best position to win.

Wheeling should have one of the better backcourts in the conference. Graduate student Jordan Reid returns after the 6-foot-1 guard led the Cardinals with 22 points per game last season. Senior Jarett Haines, a 5-11 guard, is also back after pouring in 18.1 points on average last season. Fellow senior guard Jay Gentry, a 6-1 guard, returns after averaging 10.6 points.

Richardson is bringing back 71 percent of his team and the top five scorers from last season, though the Cardinals will welcome six newcomers, including three West Virginia natives.

Richardson used his Kanawha Valley connections to get a scout on Gabbert.

“With Will spending so much time at George Washington, some of my old teachers gave me intel on Will,” noted Richardson. “Bill Patterson, long-time athletic director at John Adams, told me that every kid says they get in the gym, but I was there at 6 a.m. letting Will into the gym for many days a week for many years.

“We were fortunate to get in there early and hold onto him late from a recruiting standpoint. He had a great senior season at Greenbrier East.”

D.J. Saunders, began his career at Wheeling Central, will make the short trek from Wheeling Park High School to the Alma Grace McDonough Center this season. Saunders led the Patriots to the Class AAA state tournament his junior season before it was canceled.

“He is used to winning,” Richardson noted of the 6-1 guard. “He is a playmaker. He is a local guy, and his best basketball is ahead of him.”

Guard Zion Suddeth will also join the Cardinals following an impressive prep career for Charleston Catholic. Suddeth averaged three steals his senior season, and he left the Irish as the school’s all-time steals leader. Suddeth was named a first-team Class AA all-state selection as a senior.

“Hunter Moles raved about Zion to me,” stated Richardson. “His numbers don’t pop out from a scoring standpoint, but you look at what he does defensively. He can be special on that end. He is always guarding the opposing team’s best player, and he embraces that. He is vocal and makes the right play. He is another guy that we looked at, not just what he can do this year, but he can do while we are building the program.”

The Cardinals will open their season against East Stroudsburg on November 12.