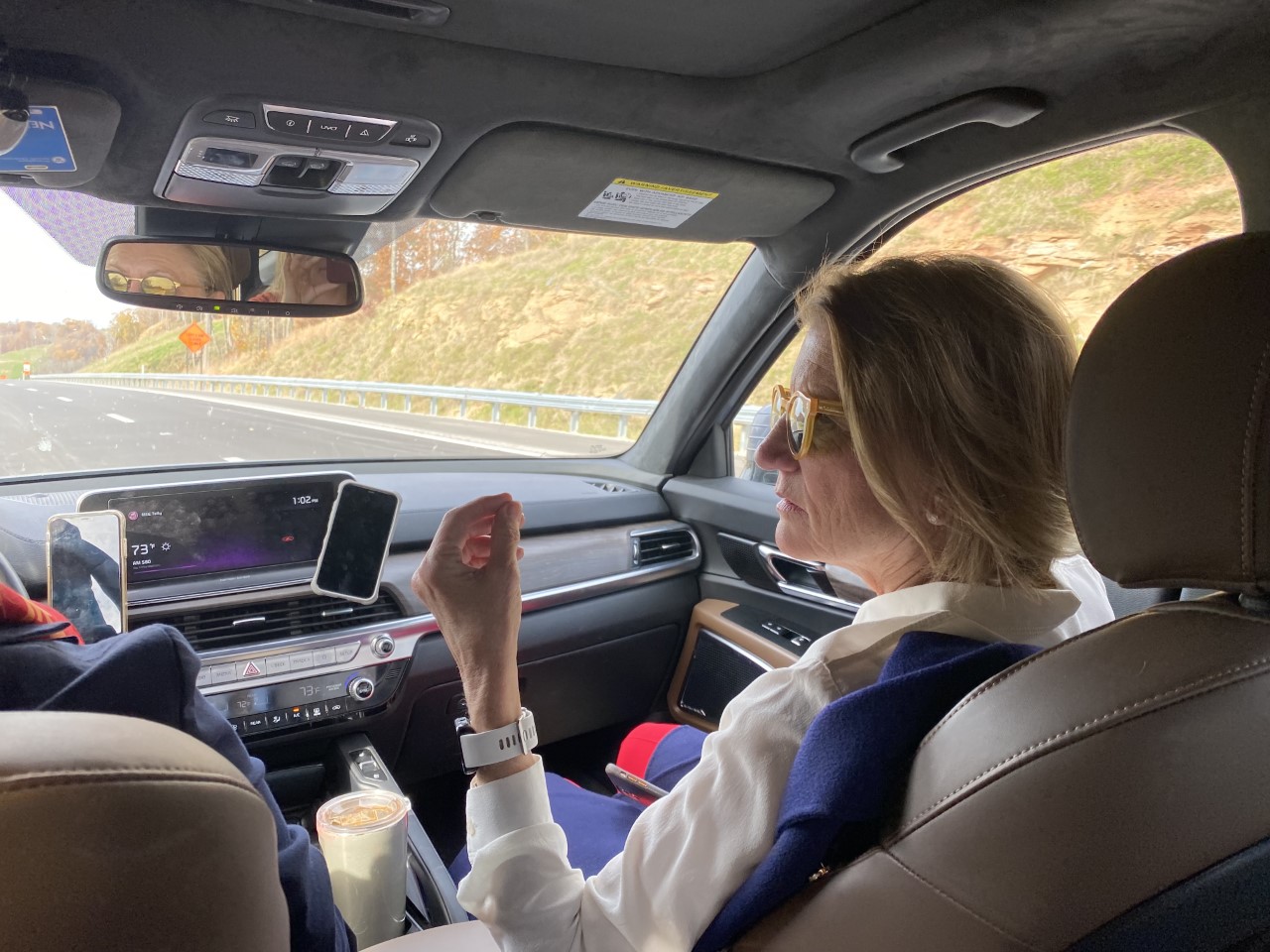 BUFFALO, W.Va. — On a smooth open road driving through the West Virginia mountains, U.S. Senator Shelley Moore Capito, saw a major road project she’s been working to fund for much of her political career come to fruition.

“I never thought I’d see this day,” Capito (R-W.Va.) told MetroNews during a ride-along Thursday down 11 of the 14.6 miles of expanded U.S. Route 35 from Putnam to Mason County.

The senator drove down the new four lane highway following a ribbon cutting ceremony for the upgraded portion from Frazier’s Bottom to Beech Hill.

Capito identified the Route 35 project as her highest priority in 2001 when she joined the House Transportation and Infrastructure Committee as a congresswoman.

“I put in for a huge earmark of over $50 million dollars and that really jump started the first section that comes in from (Interstate) 64 to (Route) 35,” she said.

Over the last two decades, Capito has worked to secure federal funds for each portion of the project. When she became chairman of the Senate Environment and Public Works Committee’s Transportation and Infrastructure Subcommittee after the Nov. 2018 election, she secured $201.4 million in discretionary highway funds for West Virginia projects.

.@SenCapito, on a ride along with @WVMetroNews, shows us the newly completed U.S. Route 35 four lane portion here in Putnam County. It’s a project she’s been instrumental in funding since 2001 when she was a congresswoman. pic.twitter.com/ImLokOTFgo

Capito said she’s been back to the Mountain State countless times to see progress on the Route 35 expansion.

“I came and rode on construction trucks. We did a helicopter flyover. As you can see, it’s not easy to build highways in West Virginia and this one is no different,” she said.

“We’ll see more of this,” she said. “There’s money in there for Corridor H which is one of our unfinished projects. I think things like the King Coal Highway and Coalfields Expressway in the southern part of the state will see increased dollars.”

Lynne Fruth, president of Fruth Pharmacy, was also on hand for Thursday’s ceremony. Her late father Jack Fruth, founder of the pharmacy, started advocating for the Route 35 project with Point Pleasant businessman Charles Lanham back in the 1970s.

“They traveled across West Virginia and Ohio and met with governors,” Fruth said. “My father and Mr. Lanham both understood that to get business and to bring jobs into Mason County, we had to have a safer road.”

Jack Froth died in 2005, a month before the first section opened.

“So I tell people he worked on that road for 35 years and never drove a foot on it, but the work that he did came into fruition later,” Fruth said.

State Transportation Secretary Jimmy Wriston warned drivers the northbound side of Route 35 will remain closed for a few days. Southbound lanes are open.

“We’ll be removing barricades and barriers. Once we get those out of the way, then we’ll open the northbound side,” he said.

In the spring, crews will need to complete ramp work on the north end near Beech Hill. Wriston said there will be few interruptions there.

Drivers should be cautious if they’re heading down the new stretch since it is still considered a work zone, Wriston said.

“Don’t speed, put those cell phones down. It’s a beautiful, scenic drive, but slow down and watch for those deer,” he said.