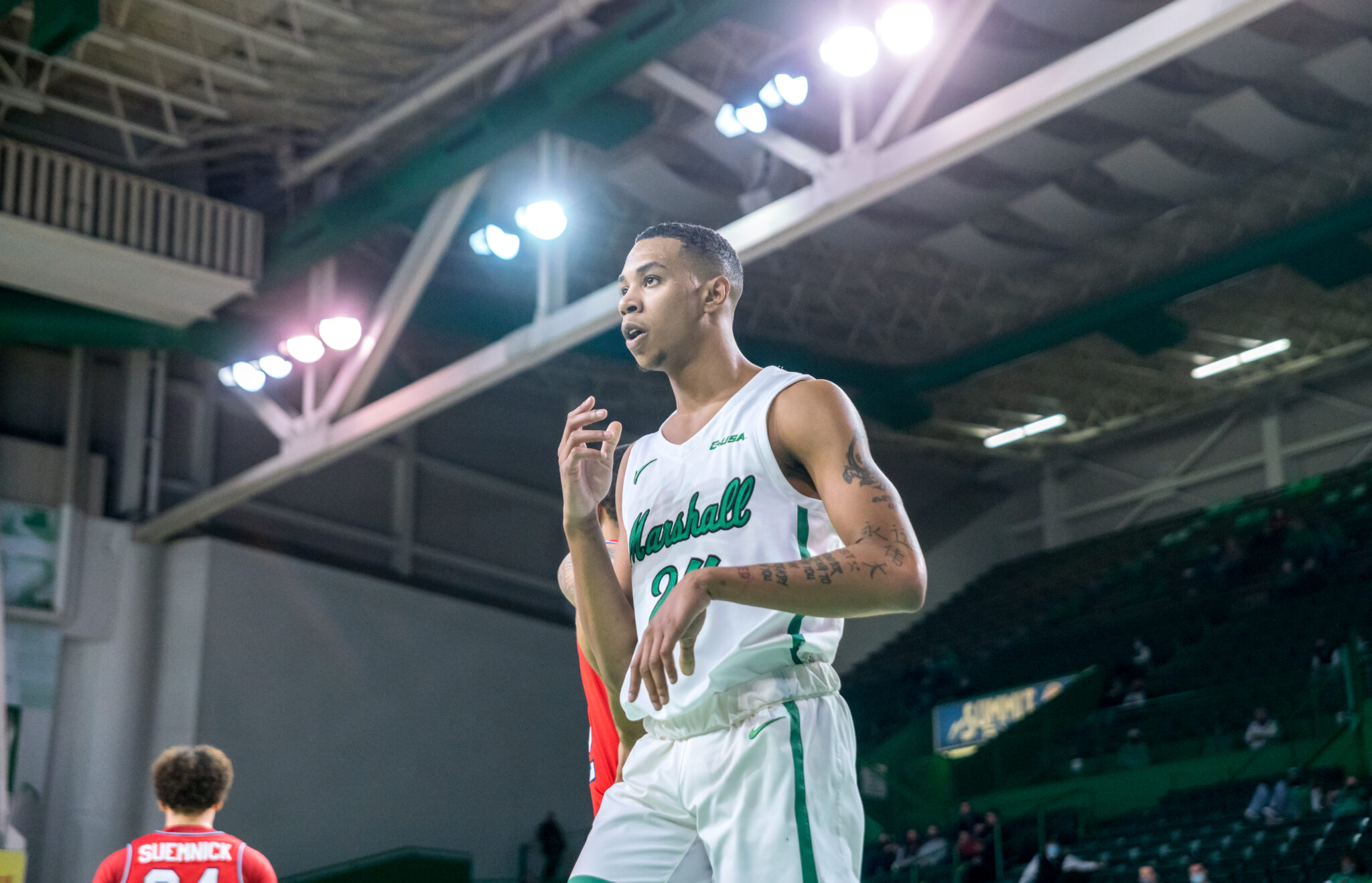 HUNTINGTON, W.Va. — After a pair of uneven performances in exhibition wins over Davis & Elkins and the University of Pikeville, Marshall hits the Cam Henderson Center court for the regular-season opener Friday night against the Wright State Raiders.

Herd head coach Dan D’Antoni is entering his eighth season at his alma mater. He has a 128-99 record at his only college head coaching job.

D’Antoni is hopeful that the Herd won’t go through too many stagnant periods tonight against the Raiders after beginning both exhibition games with a lack of offensive rhythm and too many turnovers.

“We’re trying to get a good flow in our offense,” D’Antoni said. “That’s player-driven, not coach-drive and it takes awhile to get all of those parts flowing.”

The Herd will bed led by a Conference USA Preseason First-Team selection in senior Taevion Kinsey, who returns as MU’s leading scorer and rebounder.

Kinsey averaged 19.5 points and 6.2 rebounds last season. A native of Columbus, Ohio, Kinsey has scored at least 10 points in 52 of his last 54 contests, and has reached double-figure scoring in the previous 34 games.

One of college basketball’s most athletic players, the 6-foot-5 Kinsey is looking forward to his role as a leader.

“I need to make sure that the guys are ready to start the season,” Kinsey said. “We’ve been together for the past several months and I feel like I’ve been one of the leaders as is Andrew [Taylor] and several others.”

Taylor, a redshirt junior point guard, averaged 12 points, and like Kinsey, played in all 22 games a season ago. Despite being 6-3, he was also second in rebounding with an average of 5.8 boards.

Marshall defeated Wright State 80-64 last season at the Nutter Center in Fairborn, Ohio. Kinsey led the Herd with 31 points in that contest.

The teams have played three previous times, with Marshall holding a 2-1 series lead.

Wright State has a veteran team, led by a junior who’s familiar to long-time Marshall fans — Tanner Holden — the son of Rodney Holden, who was part of three MU Southern Conference Championship teams.

Holden is one of four returning starters for Wright State, and the returning experience concerns D’Antoni.

“They’re going to be an experienced, deep team,” D’Antoni said, “and we’ll have our work cut out for us in our first game.”

The Raiders are coached by Scott Nagy, who is in his sixth season in southeast Ohio. Nagy has a 110-48 record at WSU, three Horizon League regular season titles and one league tournament title.

After Friday’s contest, Marshall will be busy next week with home games Monday against Milligan University, Thursday against Campbell and Sunday against Jackson State.