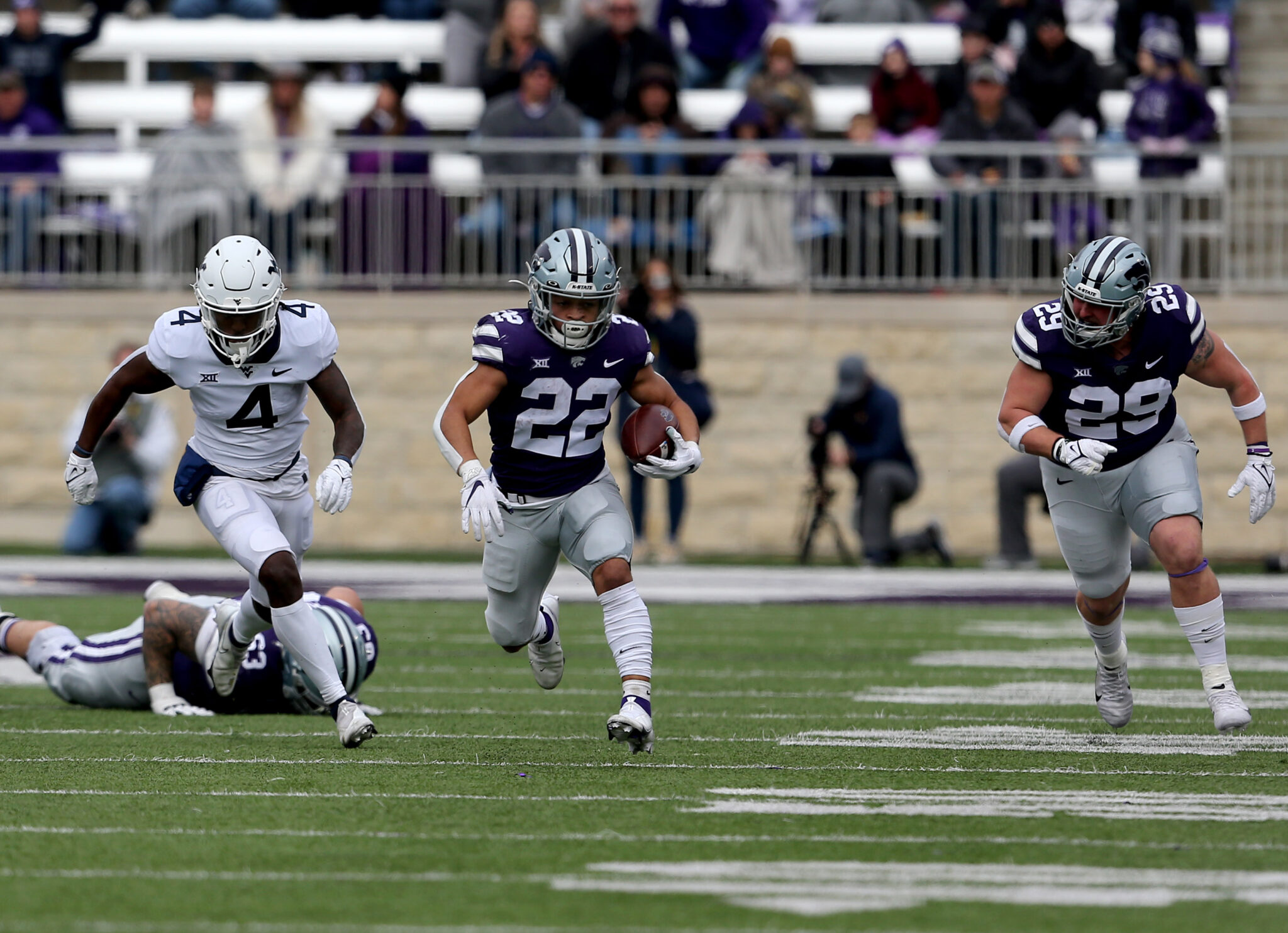 MANHATTAN, Kan. — Neal Brown has expressed disappointment in different ways after West Virginia’s six losses this season. There was encouragement after a three-point loss to Oklahoma, resolve after a six-point loss at Maryland, frustration with the effort in a loss at Baylor. After Saturday’s 17-point loss at Kansas State, Brown seemed puzzled that mental mistakes prevented opportunities to steal a road victory.

“Because we were using poor technique,” Brown said. “We are tackling at ankles rather than going through our thigh boards. It is the same thing. Look at the kickoff return — we had two guys right at the point of attack that didn’t make the tackle at the 30-yard line.

There were the noticeable splash plays that allowed K-State to build a quick 14-point lead — the tipped ball for an interception on the second play from scrimmage, the interception negated by a targeting penalty and the blocked punt. There were also plays that WVU left on the table, such as an under thrown flea flicker that could have gone for a touchdown.

As injuries mount up, younger players are breaking into the lineup with more regularity. Second-year wideout Reese Smith caught a touchdown pass. True freshman Kaden Prather had the best performance of his young career with four catches for sixty yards. He also recovered a fumble.

“He is going to be a player,” Brown said. “He has gotten better. He made some big plays today. He won versus man coverage on third down. He is a kid I have a lot of belief in.”

Frustrations are obvious and are well-worn by the players and coaches. The question going forward is can frustration be spun towards motivation for WVU’s two must-win contests to close the season with a chance a bowl eligibility?

“We just know we can be better,” said WVU defensive back Charles Woods. “We know these self-inflicted wounds are hurting us. I don’t think it is frustration. I think as a team we have to move on, go to next week and prepare for Texas.”

Sports
George Washington bounces back from first loss with 68-36 win at Parkersburg
The Big Reds produced half of their offensive output in the first quarter, before the Patriots took control.
By Greg Carey
Sports
Brown likens transfer portal to bank account, but admits defensive losses were costly in 2022
West Virginia has lost several key players from its 2022 roster early in the offseason, though the Mountaineers have also announced the addition of players they're hoping can make an immediate impact.
By Greg Carey
WVU Sports
3 Guys Before The Game - Streak Snapped - Auburn Preview (Episode 437)
WVU snaps the streak and now prepares for Auburn.
By MetroNews Staff
Sports
Marshall set for first meeting with Warhawks
Herd seeks sixth consecutive victory to stay atop Sun Belt.
By MetroNews