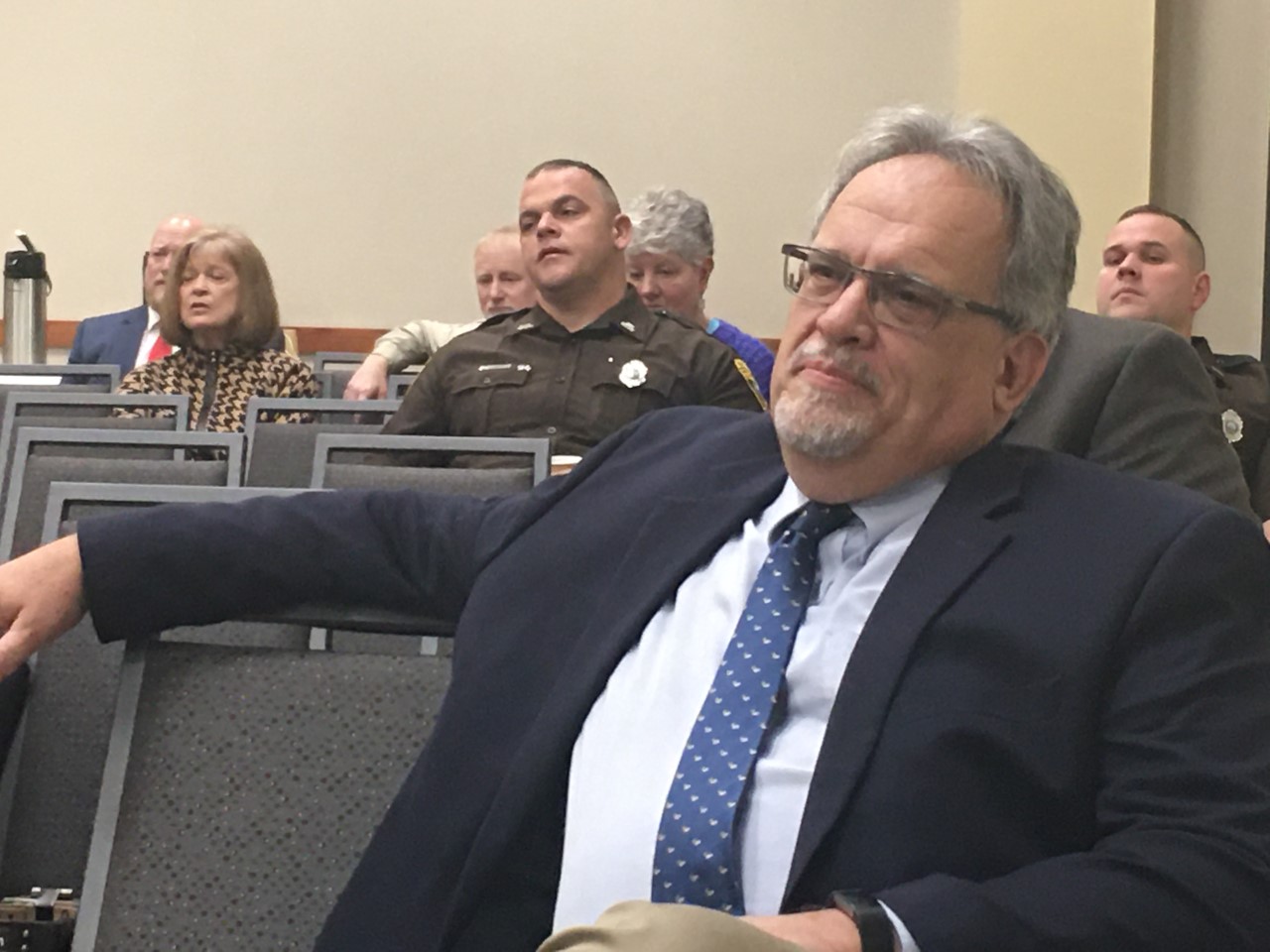 LOGAN, W.Va. — The final meeting of the West Virginia Natural Resources Commission for 2021 at Chief Logan State Park also marked the end of an era. It was the final day on the job for DNR Assistant Chief for Game Gary Foster.

Foster retired October 31st after more than 37 years with the agency.

“I came straight out of college and spent a year and a half working as a laborer out of French Creek in District 3. One of the first things I was doing was to help stock river otters,” said Foster.

A few years later, Foster became the Wildlife Manager at the Pleasant Creek Wildlife Management Area in Taylor County. He was heavily involved in the effort during the 1980’s and early 1990’s to repopulate the entire state with wild turkeys.  The effort was often called the “trap and transfer” program.  It was highly successful.

“I got to really do some neat stuff there early in my career,” he said.

As it turned out, the “neat stuff” was just starting for Foster. He became instrumental in several key programs with a lasting legacy for West Virginia. As he advanced up the career ladder, Foster was heavily involved in securing tens of thousands of acres of Wildlife Management Area in West Virginia. Among the acquisitions where he played a vital role was the 34,000 acre Tomblin WMA in southern West Virginia.  Now the largest WMA in the state, securing Tomlin was a vital step in the reintroduction of elk in West Virginia.

Foster is one of the few remaining professionals at DNR who was around long enough to remember when much of the state was bereft of deer, turkey, and bear.

“It is amazing over the 37 and a half year career with the elk, with the bear population where it is today. I do remember walking in the woods and you didn’t see turkey in a lot of places. Now deer populations are doing very well. It’s been an exciting time for me,” he acknowledged.

Foster’s legacy will be around long after he’s gone and he said  those contributions, along with the relationships he’s cultivated with like minded conservationists, are the most gratifying part of the job.

“I’ve been truly blessed. Since I was ten years old I knew what I wanted to do for the rest of my life for a living. The Good Lord blessed me with the opportunity to do that and to do it with a whole bunch of amazing wildlife professionals who are very up on their area of expertise.” Foster said.

“Hopefully I’ve done some good that future generations can enjoy,”