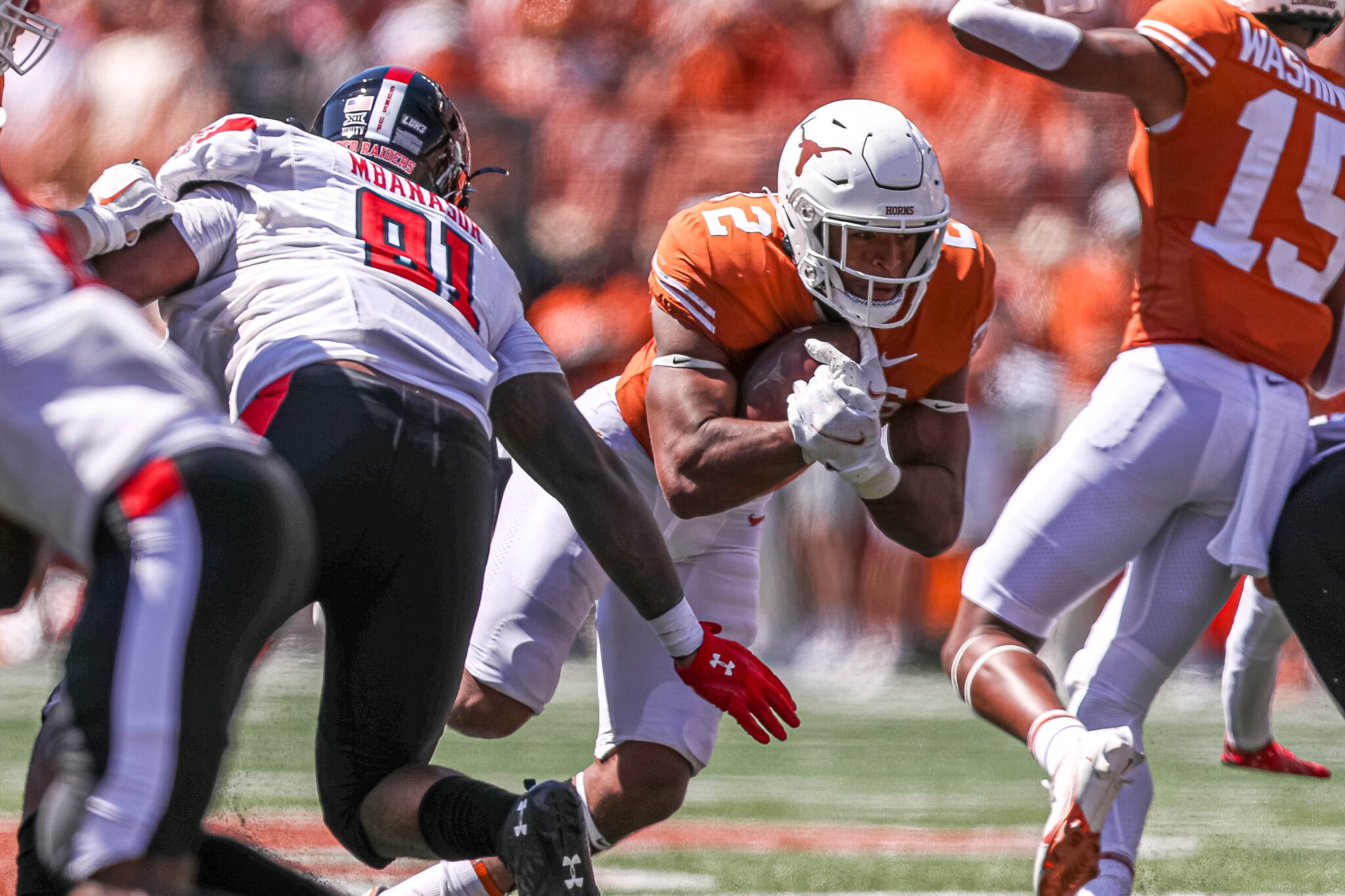 With Robinson sidelined for the remainder of the season, he Longhorns will look for Roschon Johnson and Keilan Robinson to continue the team’s rushing success. Texas currently sits second in the Big 12 in total rushing yards (1,979) and rushing yards per game (198).

Johnson posted then-career numbers against WVU in 2019. He ran for what at that point was a career-high 121 yards on 21 carries.

WVU third-year head coach Neal Brown knows what to expect from not only Johnson, but the other running backs on Texas.

“Roschon Johnson has hurt us the last two years,” Brown said. “Keilan Robinson is really fast. The [Jonathon] Brooks kid is talented. They have plenty at that position. They want to run the ball, and they are going to get those guys the ball.”

“[Roschon Johnson] is a kid that is similar to me that I would compare to [WVU tailback Leddie Brown],” Lesley noted. “Seven [Keilan Robinson] is just as fast as [Bijan] Robinson.”

The Mountaineers’ run defense will have their hands full with Texas’ multiple running backs. WVU is fifth in the Big 12 in opponent rushing yards per game, allowing 127 yards.

The Mountaineers are allowing more rushing yards over the last four games than they did prior to the bye week.

WVU’s defensive line will go against what Lesley believes could the best offensive line the Mountaineers face this season. The numbers, however, show that the Longhorns have allowed defenses to sack quarterback Casey Thompson 24 times, leaving them susceptible to negative plays.

“Their offensive line is one of the better ones we have faced,” Lesley stated. “They are big and talented, and for the most part they do a good job.”

West Virginia’s defense and Texas’ offense go into Saturday’s game as two of the top units in the Big 12 in red-zone conversion.

The Mountaineers are first in opponent red-zone conversion percentage at 76%, but the Longhorns rank third in red-zone scoring percentage.

“That is something you look at during the week,” Lesley said. “Anybody that is that explosive, and they get down there – advantage them. They are good down there.”