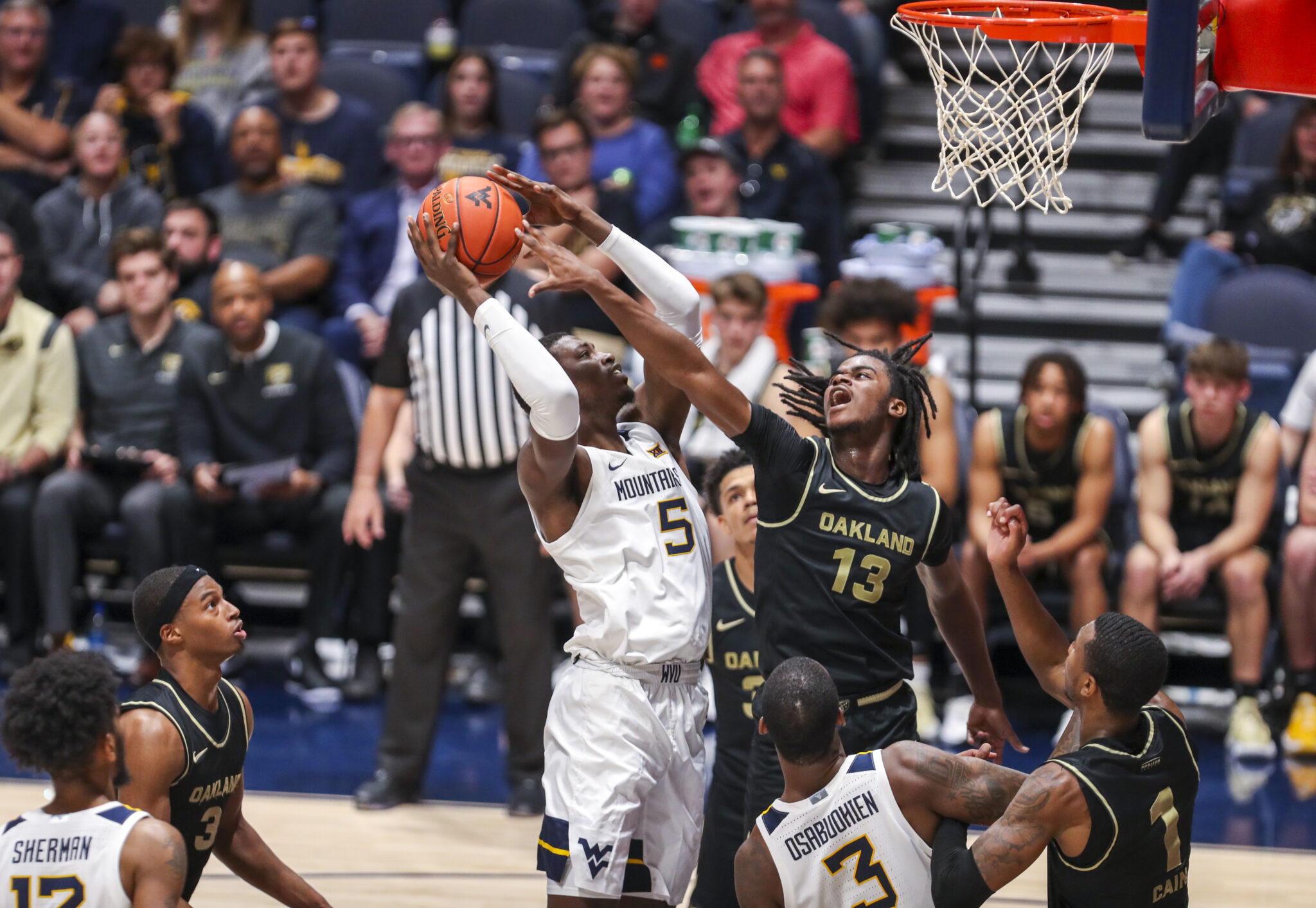 MORGANTOWN, W.Va. — Bob Huggins generally finds plenty of aspects for his team to improve upon as a season progresses.

Five games into West Virginia’s 2021-2022 campaign, Huggins has been plenty outspoken about the Mountaineers’ need to shore up their rebounding and become more rugged defensively.

However, having returned from the Shriners Children’s Charleston Classic with a third-place finish, it is perhaps a basic offensive skill that Huggins sees the most need for his team to improve — passing.

“We’ve worked on down the floor passing and pretty much at the beginning of most practices, we’ll start on some kind of transition drill that they have to pass the ball,” Huggins said. “Really for both ends of the floor, we’ve worked on 2-on-1s, 3-on-2s, 4-on3s and those kind of things. They’ve had a lot of preparation. It’s a matter of muscle memory and getting better at it.”

West Virginia (4-1) has been up-and-down as it pertains to scoring. The Mountaineers were held to a season-low 60 points in their opening win over Oakland, while Clemson limited them to 66 in last Sunday’s victory that secured WVU’s third-place finish and a winning trip to Charleston, South Carolina.

Against Elon, the Mountaineers had little difficulty and shot better than 50 percent while getting 21 points from the free-throw line in an 87-68 win.

That flow seemed to carry over the next night, when WVU scored 47 first-half points to build a 12–point lead against Marquette. While the Mountaineers came undone defensively in the second half of the 82-71 setback to the Golden Eagles, a lack of offense was a big factor in the result. Huggins’ team made only 9-of-33 field-goal attempts and 2-of-12 3-pointers over the final 20 minutes.

West Virginia has also been outscored in the paint by six points in three of its five games — Oakland, Marquette and Clemson. The Mountaineers were plus-20 in that department against Elon and drew even against Pitt in paint scoring, with each team producing 34 points.

Excluding the victory over the Phoenix, the Mountaineers have been outscored in the paint, 132-114.

Huggins believes the trio could increase its scoring if given the ball in better positions to do so.

“The biggest part of that is being able to pass the ball,” he said. “When you throw it down around guys’ ankles, it’s awfully hard for them to scoop it up and be able to finish around the rim. We have guys that basically people haven’t thrown the ball to. They’ve been very valuable for blocking shots, rebounding and those kind of things more than being an offensive option.

“But a lot of it is passing. Throw the ball away from the defense; we don’t do that. The pass ought to be waist up. Who wants to turn their hands over, kneel down like a catcher and then turn around jump up and shoot one? Nobody wants to do that and nobody is very good at doing that.”

According to Huggins, it’s not only the quality of pass that’s proven costly in West Virginia’s lack of points near the rim, but the timing of deliveries has been an issue.

“If you throw it below their waist, you’re probably not going to score it. it needs to be in a position where you can catch and finish. We haven’t been able to do that.”

The Mountaineers’ next opportunity to show improvement passing comes Friday when they welcome Eastern Kentucky for a 7 p.m. tip at the Coliseum.

The Colonels (5-1) are nearly unbeaten, with their lone loss coming against James Madison, 79-78.

West Virginia’s ball-handling and passing will be put to the test against EKU, which pressures the length of the court in an effort to speed up the game under head coach A.W. Hamilton.

“A.W. does a great job with the way they play,” Huggins said. “They want to play fast. They want to turn you over and they want to shoot threes.”