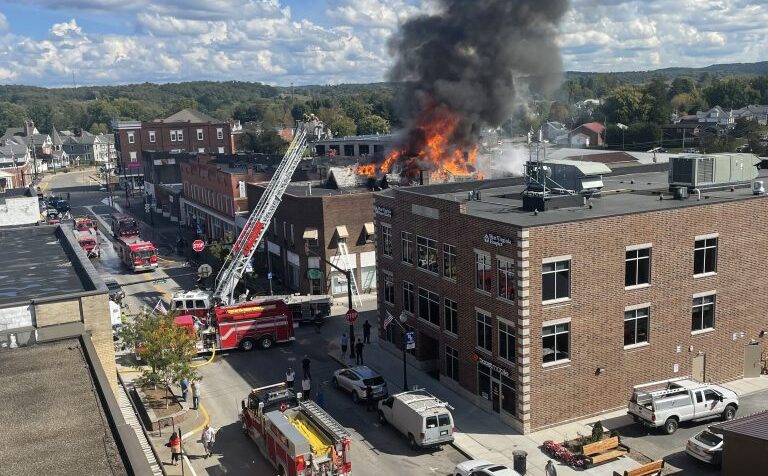 Laura Meadows, executive director of the Upshur County Convention and Visitors Bureau, said even though it has created an eyesore, they’re encouraging people to shop local during a time when businesses in the area need the extra boost.

“We need to be out there for the ones that are still on Main Street and hopefully find some ways for those people who lost their shops to find another spot in our downtown,” Meadows said.

Backhannon Mayor Robbie Skinner previously told MetroNews it appeared to be an accidental fire traced to old wiring in the attic. The structure was among the oldest in the city. Meadows said the area is always vibrant.

“We always have been pretty proud that whenever one storefront is empty, it’s not empty for very long because our Main Street is so iconic and well known throughout the state, so when the fire happened, it was a huge devastation,” Meadows said.

Small Business Saturday has been around for 12 years and has gained in popularity over time.

Since 2011, the SBA has co-sponsored the nationwide event.

“They are the life blood of our communities. They create jobs, they boost our economy and enrich our neighborhoods, so it’s so essential that we all make an impact,” Friel said.

Meadows said local stores and restaurants offer a “special charm” that large retailers do not.

“It adds to the atmosphere,” she said.

With mass vaccinations, Meadows said people are more comfortable to enter small stores and support business owners who have been forced to close their doors several times over the last year and a half.

“I think people want to show their support and they want to spend their money to keep our downtown’s vibrant,” she said.