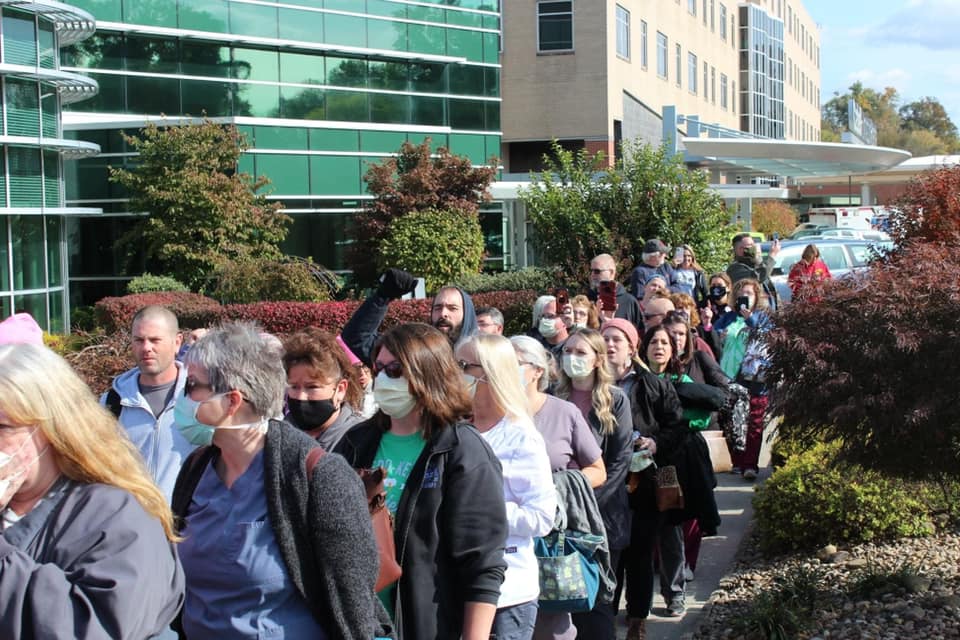 HUNTINGTON, W.Va. — Union members started voting on a new contract Wednesday that was presented by Cabell Huntington Hospital, a move that could potentially end the nearly month-long strike.

SEIU District 1199 received a new contract offer from the hospital during negotiations Tuesday. All members are voting on the proposal. Union representatives said they should know by 8:30 p.m. Wednesday if the strike is over.

The hospital has been operating with temporary workers since about 900 maintenance and service workers walked out on Nov. 3.

Last week, a Cabell County judge decided to continue a temporary restraining order requested by the hospital regarding strike activities.

CHH Human Resources Director Molly Frick released a statement to MetroNews Tuesday saying they were pleased that the union presented the hospital’s offer to its members for a vote.

“We are hopeful that our employees will ratify the contract and we look forward to them returning to work,” Frick stated.

MetroNews has reached out to SEIU 1199 Regional Director Sherri McKinney for comment.

McKinney previously said their members have complained current conditions inside the hospital have deteriorated since replacement workers have been filling in.

A federal mediator is working with both parties to reach an agreement.