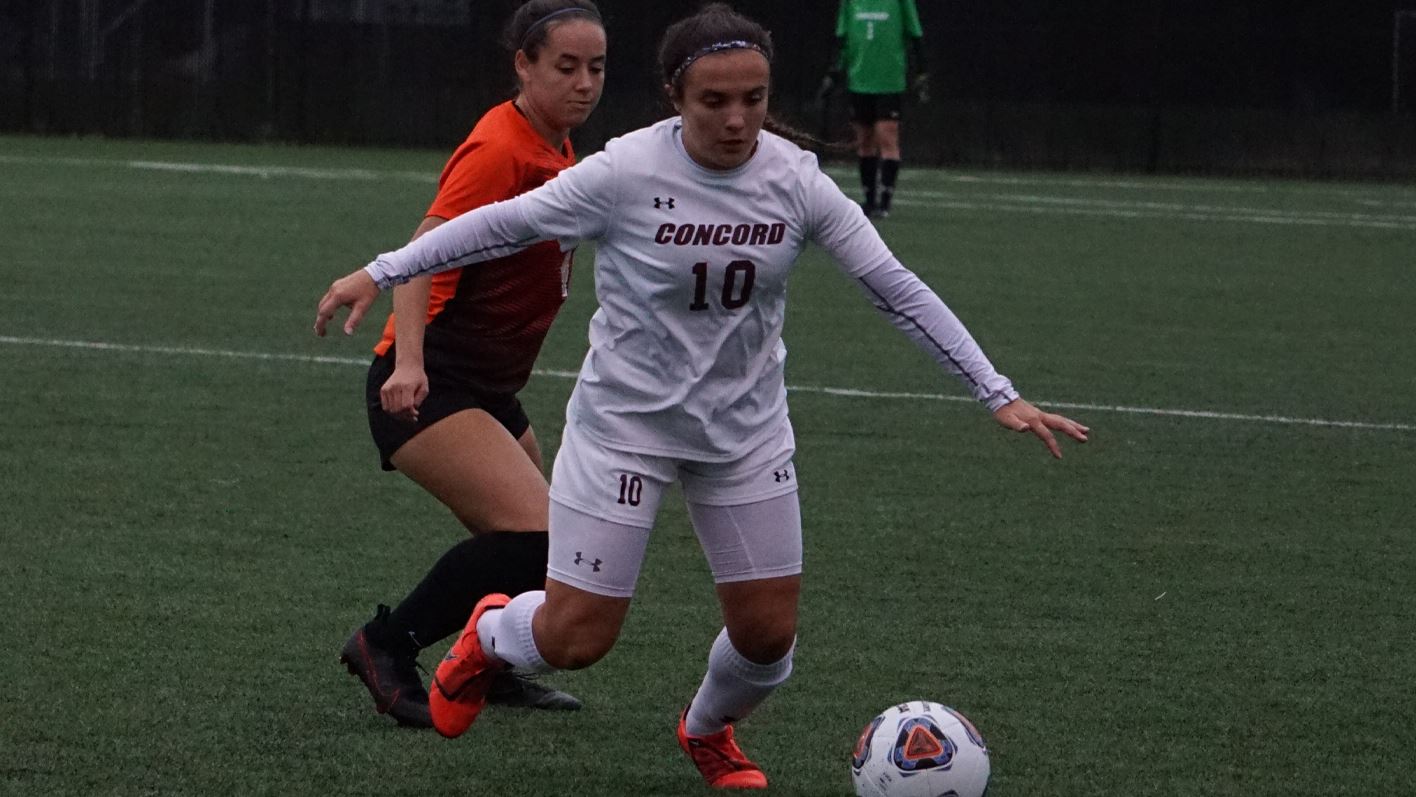 Michelle Brogden and Concord will play Saturday for a spot in the Final Four. Photo courtesy of Concord Athletics

The Mountain East Conference is making its presence felt in the men’s and women’s soccer NCAA Division II Tournament.

In the women’s bracket, Concord advanced to the Elite Eight with Thursday’s 1-0 victory over West Chester. The unbeaten Mountain Lions (20-0-3) will clash with Saint Rose (16-1-4), based out of Albany, New York, at 1 p.m. Saturday in a regional final at the YMCA Paul Cline Complex in Beckley.

Concord previously beat Mercyhurst and Bloomsburg in the NCAA Tournament before knocking off West Chester. The Mountain Lions have outscored their three opponents by a combined total of 8-1 in postseason play.

The MEC also has a men’s soccer program in the Elite Eight, with Charleston having prolonged its season by defeating Davis & Elkins in penalty kicks after the two squads played to a scoreless draw in a rematch of the conference title game.

The Golden Eagles (18-1-2) will take on Millersville at 1 p.m. Saturday in Rindge, New Hampshire, with the winner moving on to the Final Four.