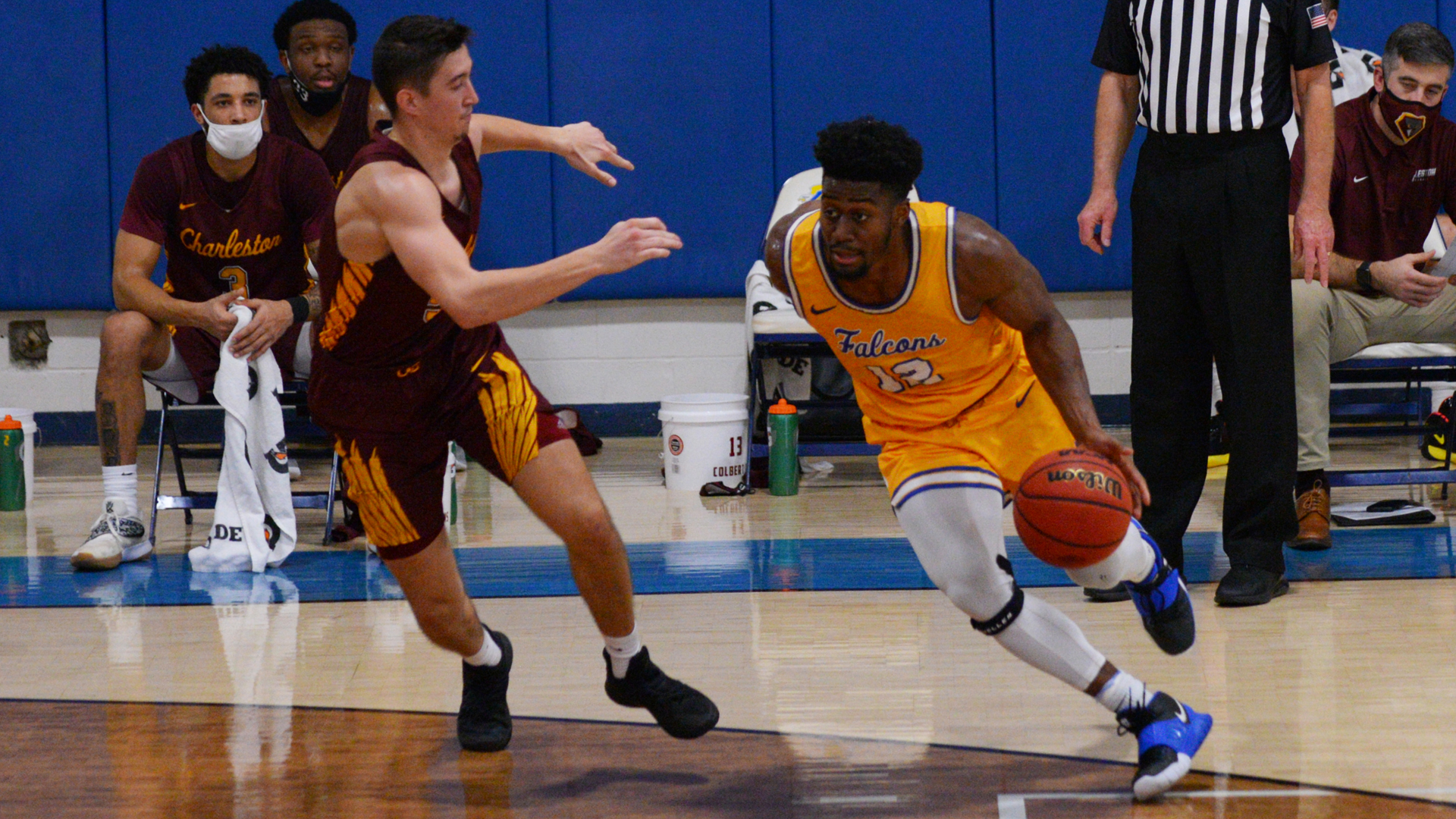 Tyland Crawford has gotten off to a strong start in 2021 for Notre Dame College. Photo courtesy of NDC Athletics

Notre Dame College’s men’s basketball team is 4-1 to begin this season, though the wins have not come easily for the Falcons.

NDC won each of its first four games by an average of four points, including a one-point victory last Tuesday over No. 7 West Liberty.

“We are feeling good about ourselves at the moment,” third-year Falcons’ head coach Mark Richmond said. “We have gotten off to a good start, and we are fortunate enough to win close games. They have all come down to the wire, and we have found ways to win.”

Notre Dame trailed in two of the four wins at halftime. In their first game against Slippery Rock, the Falcons were down by as many as 21 points.

Richmond attributes his team’s early success to that game.

“We played the right way, exposed a few things, and we have started to figure things out late in that game,” Richmond stated. “Finding a way to win that game propelled us into the last couple of weeks.

“It is a long year, and the more situations like this you can go through, the better it is for your team.”

Notre Dame’s win over West Liberty was its first since 2019, when the Falcons defeated the Hilltoppers in the 2019 Mountain East Conference title game.

Richmond views that win as a spark for his team to continue their early success.

“West Liberty is the barometer for every team in our league,” Richmond noted. “If you can compete with those guys and find a way to win, you should be able to compete with anybody in our league and the country for that matter.

“I was proud of our guys. We did not play particularly well in the first half, but at halftime we settled down. We stayed the course. We stayed together and found a way to win in the end.”

Crawford is currently second on the team in points per game averaging 16. He is shooting 53 percent from the field.

Richmond has been impressed at how Crawford has grown on and off the court this season.

“I think from a leadership perspective,” said Richmond of where he has seen the most growth in Crawford. “It was all new for him a year ago. This year, now that he has been through it and understands what we want, he has done a good job leading our program. He has played well and solid in these games. He is a calming influence on our team.

“He is scratching the surface of what he can be. He works hard. He has played particularly well offensively, but I believe he can be an elite defender in our league.”

Junior guard Jaedon Willis transferred in from Chowan University in North Carolina. Willis is making an immediate impact with the Falcons. Willis leads the team in scoring averaging 22 points per game. Richmond has leaned on him early to make plays late, and he has succeeded.

The Falcons suffered their first loss Wednesday at Glenville State, 97-91. They’ll attempt to bounce back from their first setback Saturday against Concord.