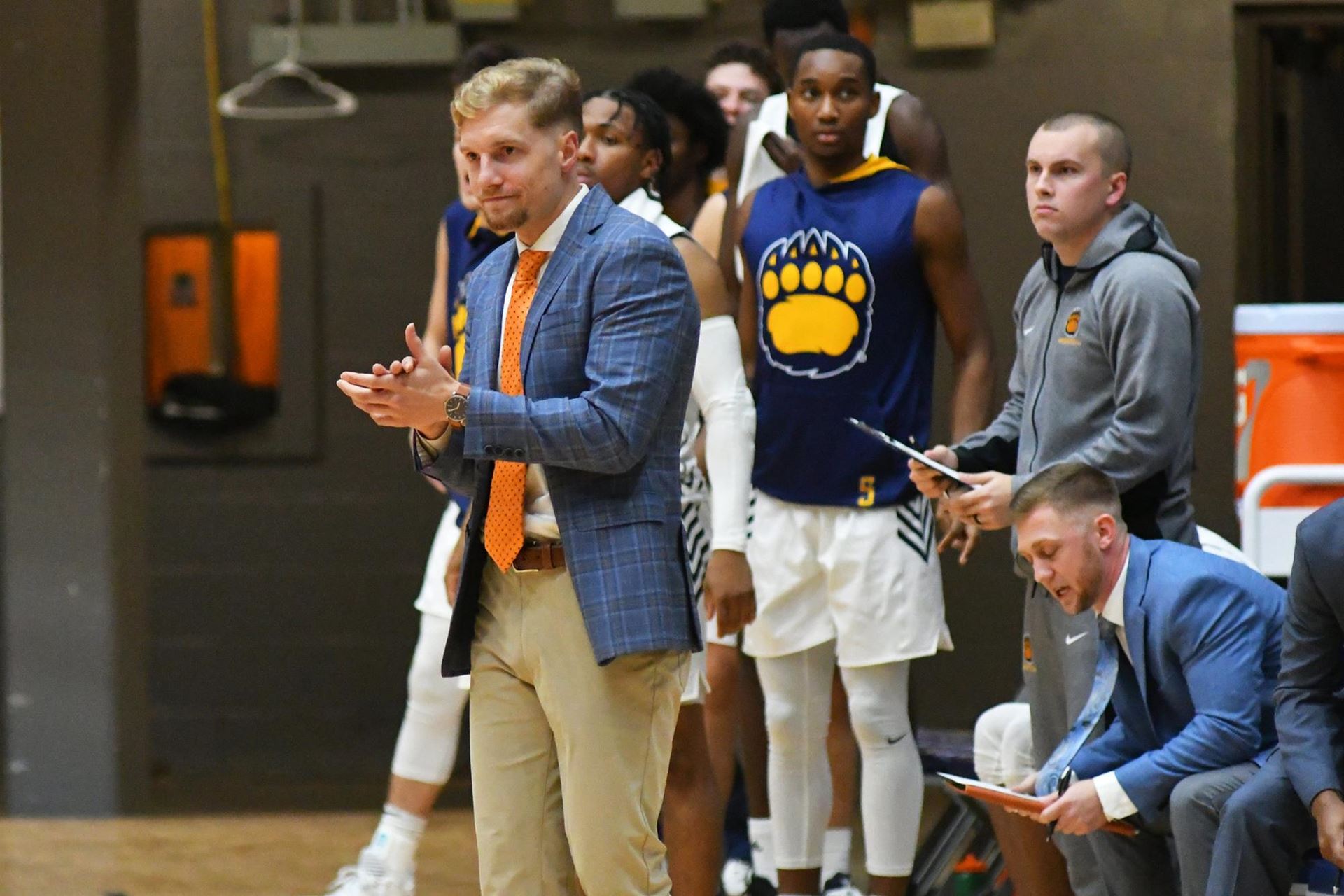 WVU Tech is currently riding a seven-game win streak thanks in large part to its scoring prowess.

The Golden Bears have scored 75 or more points in 10 of 12 games, and the two games where they did not reach that mark were both losses.

“The first thing that sticks out to us as a staff is the non-conference schedule,” said third-year head coach James Long, a Charleston native. “First five games we played two Division II teams and two top 10 teams in NAIA. We have a group of guys that knew what was coming in regards to non-conference games we were playing and went through it.

“There have been lessons we learned from those first five games as it has carried us into this seven-game win streak.”

Eighty-seven percent of last year’s team is back for Long. The Golden Bears lost Alex Wollard and Ty Johnson, but they brought in Keondre King from Wheeling Park and Saliou Diop, a Senegal native.

“There is no feeling out process when new guys enter the game,” Long said. “They know who they are, and it is seamless when they enter the game. They do what they are good at. It has been fun seeing them figure each other out.”

WVU Tech has played five conference games so far and outscored the opposition, 410-273 over five victories.

Still, Long wants his squad to improve defensively as it continues on in River States Conference play.

“We are top 15 in synergy in terms of defense, and we are not satisfied,” Long noted. “We have had open dialogue before, and no one is satisfied with the consistent effort we have given defensively.”

Former South Charleston standout Tamon Scruggs continues to add to his impressive career numbers and is averaging 17.5 points and 6.1 rebounds thus far. Scruggs is shooting nearly 47 percent from the field and better than 90 percent on free throws.

“Tamon has always been an elite scorer, and he will always have that ability,” Long noted. “His feel for the game is as good as it gets, but his offensive game has expanded over the years. He started as an elite inside presence with some perimeter game. Now, he is elite in all areas offensively, and his defensive game has improved.

“He has worked himself into one of the biggest weapons in the country.”

Long has also been impressed with junior swingman Andrew Work, a former player at nearby Oak Hill High.

Work averages a shade under 13 points and five rebounds and is shooting nearly 60 percent.

“He is the best kept secret in the country,” Long said of Work. “I cannot believe he does not get the recognition he deserves sometimes. He has done everything we have ever asked. He is one of the most athletically gifted kids I have ever been around in my life. I have never seen anyone leave the court like Andrew Work.”