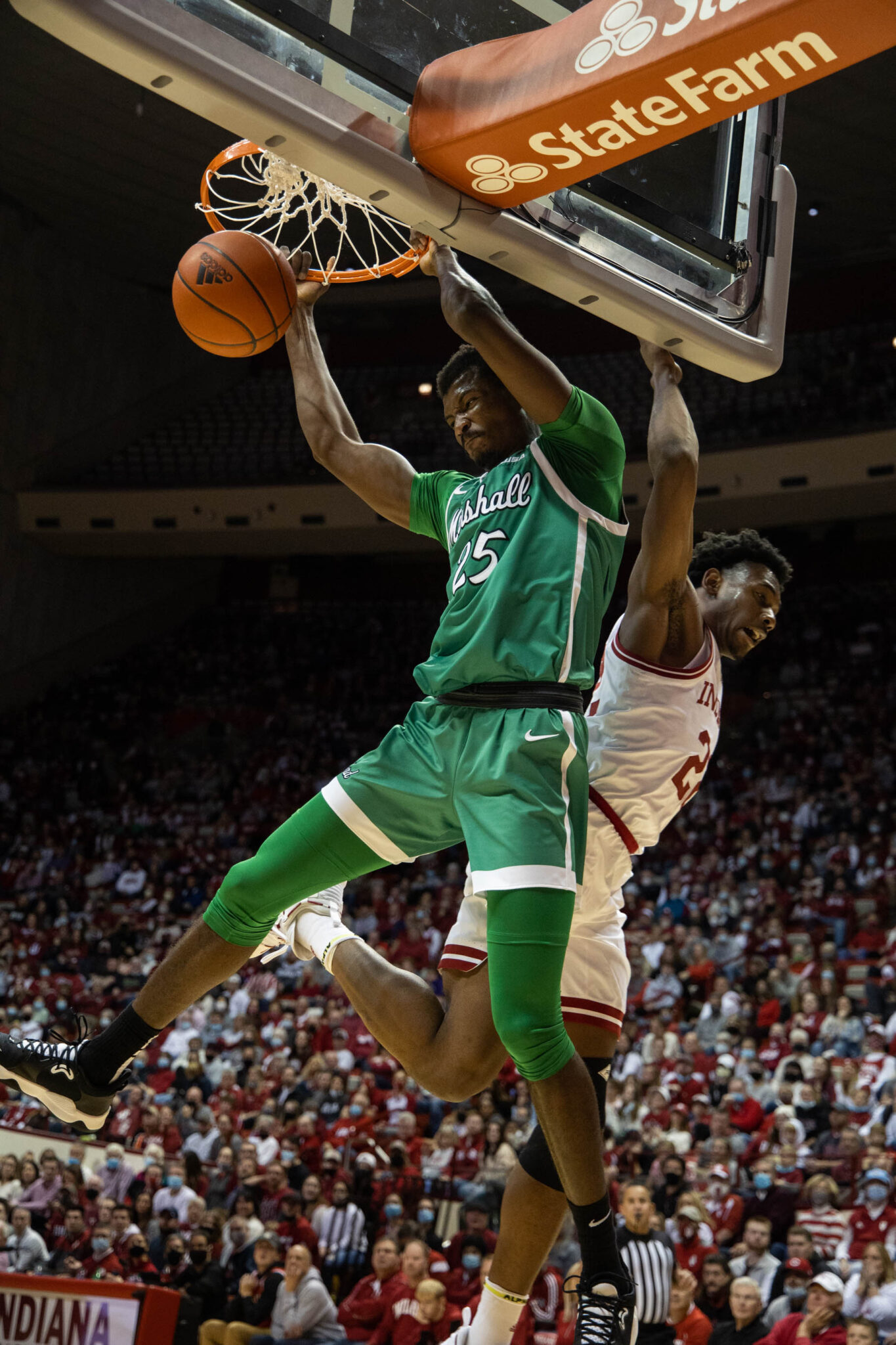 Two teams playing some of their best basketball of the season clash Wednesday night as old rivals Marshall and Ohio play in Athens, Ohio.

The game at Ohio’s Convocation Center tips at 7 p.m., and will be shown on ESPN+.

Marshall (7-3) is coming off an 80-69 win at Eastern Kentucky on Saturday night, while the Bobcats (7-2) won on Saturday at Stetson, 55-45. Marshall has won three straight games and Ohio has won four of its last five contests.

Anochili-Killen still tops Marshall in rebounds at 7.2 per game, followed closely by Taylor and George.

Anochili-Killen continues to be a force on the defensive end and the former Chapmanville High School star leads Division I with 50 blocks for an average of five per game.

Dan D’Antoni is in his eighth season as head coach at Marshall and the MU alumnus has a record of 135-102.

The Bobcats have quality wins over Belmont and Cleveland State and dropped road contests against two Southeastern Conference opponents, Kentucky (77-59) and LSU (66-51).

Ohio is led by head coach Jeff Boals, a Bobcat alumnus who is in his third year year at OU. He has a 40-25 record as Ohio head coach and is 96-67 overall, with Boals having spent three seasons as head coach at Stony Brook.

The Herd and Bobcats have met 105 times in the past, and Ohio leads the all-time series 56-49. Last season, Marshall came away with an 81-67 win over Ohio in Huntington.

Kinsey was named Conference USA Player of the Week on Monday. It is his fourth-career C-USA weekly award and his first of the 2021-22 season. Kinsey averaged 21 points, 7.5 rebounds and six assists per game in a pair of wins. Against Bluefield University, the junior tallied 21 points, grabbed eight rebounds and dished out seven assists. He went 9-for-13 from the field in the victory last Wednesday. On Saturday at EKU, he scored another 21 points, had seven boards and five assists as Marshall picked up its first road win of the season.