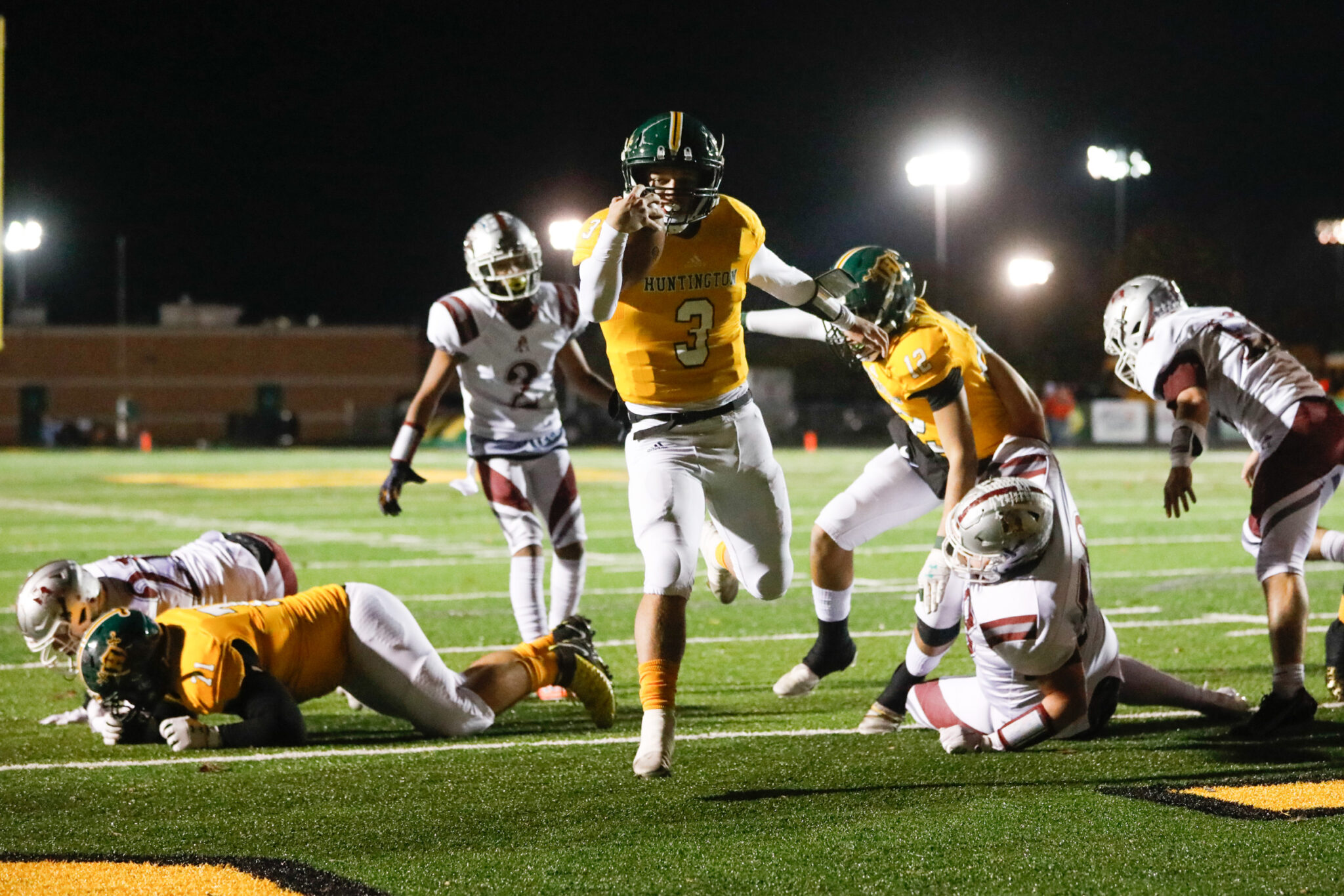 — By Tim Stephens, The Herald-Dispatch

The Huntington High School junior quarterback is the son of former college athletes. His dad, Steven, was a standout linebacker at the University of Dayton. His mom, Amy, starred in tennis at Furman University.

“My athleticism comes mostly from my mom,” Gavin Lochow said. “Well, and my dad. Dad was a really good player and helped me a lot.”

The standout quarterback, though, added hard work to superior genes to become the premier high school quarterback in West Virginia, as designated by his being named the winner of the House Award.

The West Virginia Sports Writers Association selected Lochow for the honor, named after former Nitro High all-stater J.R. House, now the third base coach with the Cincinnati Reds. Lochow will be honored during the 75th annual Victory Awards Dinner on May 1 at the Embassy Suites in Charleston.

“Gavin has gotten so much bigger and stronger,” Highlanders coach Billy Seals said. “He’s worked hard in the weight room and on his footwork.”

Lochow headed a powerful HHS offense that averaged 37.8 points per game. The Highlanders spent much of the season ranked No. 1 and finished 13-1, losing to Martinsburg 62-21 in the Class AAA state championship game.

“He understands the game a lot better,” Seals said of his third-year starter.

Lochow was key to Huntington High’s turnaround from a 3-6 season in 2020 to winning the rugged Mountain State Athletic Conference this season.

Lochow is known as a fierce competitor. He has to be. His brother Torin plays basketball at Marietta College and sister Haven plays soccer and tennis at Georgetown College.

Gavin Lochow said his sibling are excellent, but that he’s the best athlete in the family.

“They’d probably disagree, but they know deep down that I am,” he said.