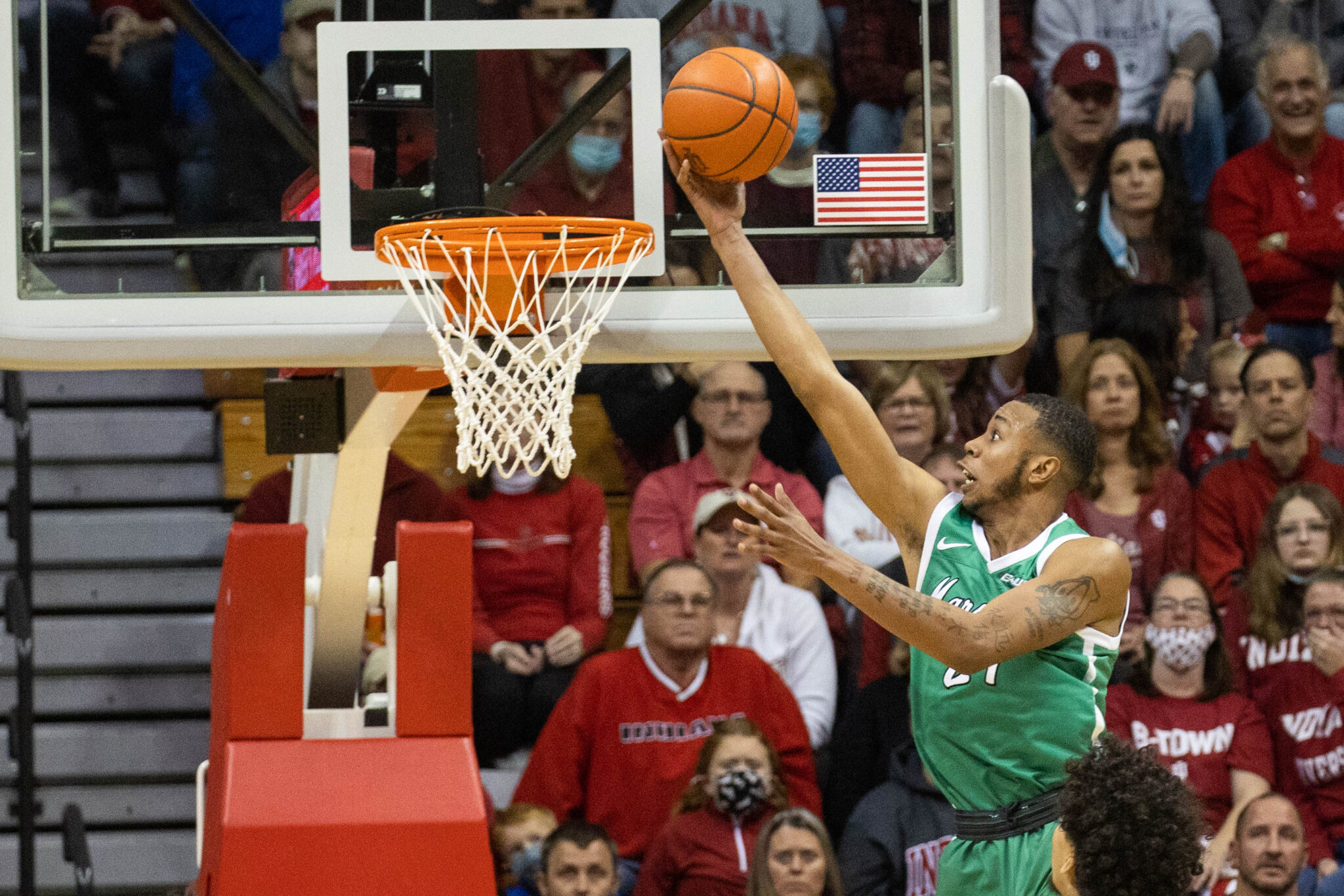 First, Northern Iowa dropped 12 points behind in the first half, then closed the gap to just two at intermission.

In the second half, the Panthers took the lead for good with just over 18 minutes left and the cold-shooting Thundering Herd had no answer.

AJ Green fired in 29 points for Northern Iowa while the Herd’s top two guns in Taevion Kinsey and Andrew Taylor have 19 points between them. Thus the Panthers escape with the win, 75-60, Saturday afternoon in front of 3,849 fans at Cam Henderson Center.

This is the Herd’s lowest single-game total to date (65 prior against Campbell and Ohio University).

“Not a very good second half,” D’Antoni said. “They just stepped it up. Maybe we’re too young to beat a team like that. I look out on the floor. Two freshmen in Chase (McKey) and Aymeric (Toussaint). Obinna’s technically a freshman. Andy’s technically a sophomore, Taevion’s a junior.

“We can’t have the stat lines of Taevion and Andy. They’ve got to step up and they will. Their stat lines have to be a lot better to compete at a high level.”

Kinsey and Taylor went a combined 6-of-20 from the field (2-of-11 three pointers). Kinsey netted 10, half his average, and two rebounds. Taylor got just nine. In the second half, as the Panthers pulled away, the Herd shot 7-of-22 overall and 1-of-9 three-point. Northern Iowa had 41-28 edge rebounds (14 on offense) and 36-18 edge in points in the paint.

“Green gets 29, five rebounds. That’s what it takes to put in the stat lines,” D’Antoni said.

Anochi-Killen finished with 22 points and blocked three shots. He is No. 2 in the nation in that category.

“I really don’t care about performance,” Anochili-Killen said. “Win or lose is why we play. They’re a good ball club. That guy (Green) can shoot. In the second half, I don’t know what happened. They got their energy of Green.”

Green made two free throws with 18:06 left to put the Missouri Valley Conference member ahead to stay, 41-40. Northern Iowa (4-5) rolled from there, shooting 51.7 percent from the field with 18 second-half points from Green.

So maybe it’s time to run some Herd offense through Anochili-Killen, the team’s No. 2 scorer and presence around the opponent’s rim.

“His offensive game has gotten better the last three weeks,” D’Antoni said. “Maybe give more through him.”

Northern Iowa is 2-0 against Marshall and 8-2 all-time against Conference USA members under coach Ben Jacobson. Green has surpassed 25 points three times this season and 18 for his career. He’s now No. 2 on the school’s three-point list with 205. Matt Bohannon is the all-time leader with 268.