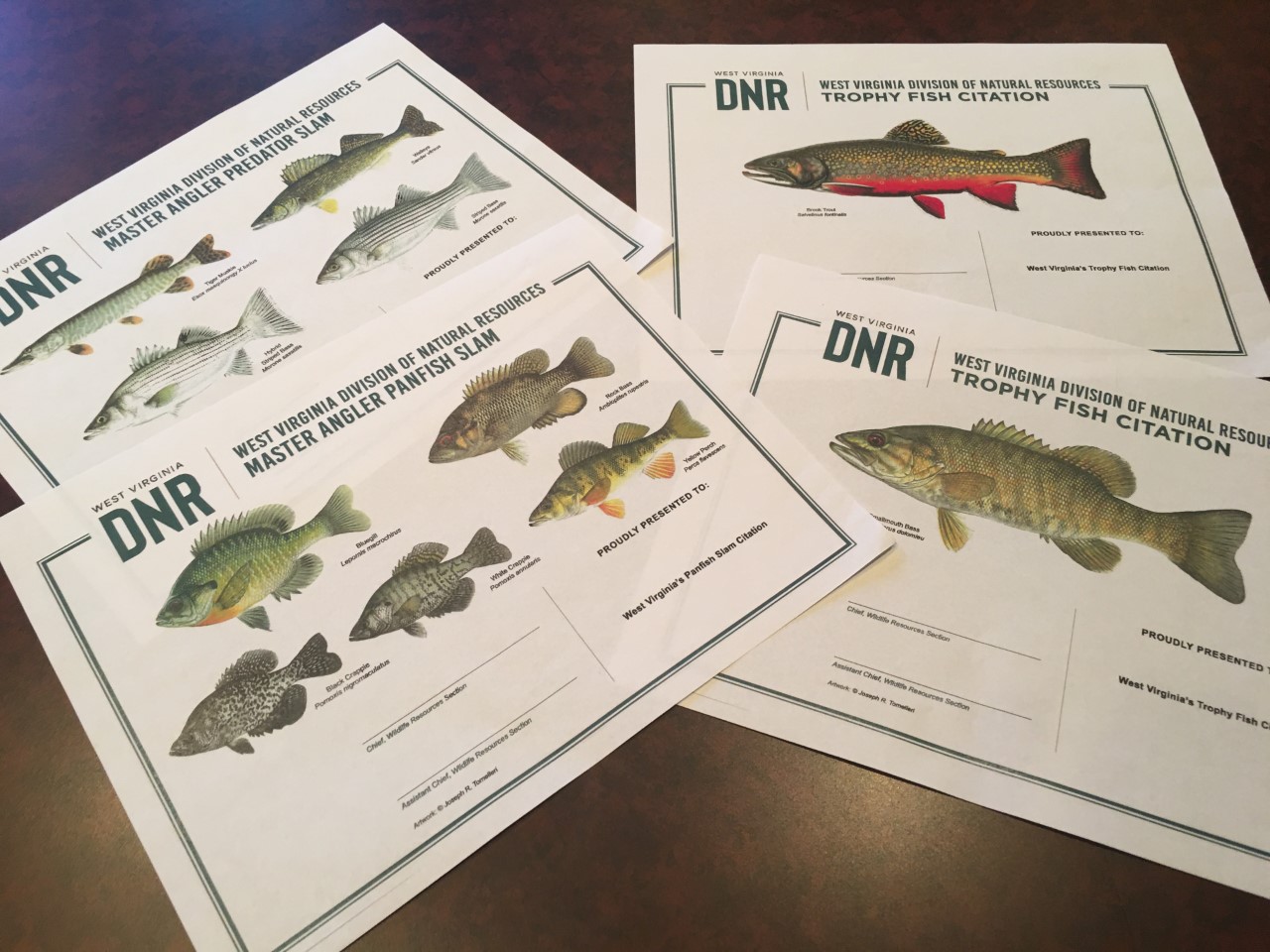 SOUTH CHARLESTON, W.Va. — The West Virginia Division of Natural Resources has made changes to its trophy fish programs in hopes of generating new interest in fishing for a wide range of species.

“As fishing has evolved, people have gotten to where they say, ‘I’m a bass fisherman’ or ‘I’m a cat fisherman.’ or ‘I only chase musky.’ That’s great, everybody has their favorite fish, but when we started fishing we didn’t care what was on the other end of the line,” said Mark Scott, Assistant Chief for Fisheries at the West Virginia Division of Natural Resources.

The agency this week launched its “Master Angler” program. To qualify as a “master angler” in West Virginia, a fisherman needs to catch 22 different species of fish in state waters. Those are divided into a series of six “slams.” A slam needs to be completed in a calendar year.

The Black Bass Slam includes a largemouth, smallmouth, and spotted bass all a minimum of 12 inches. The Catfish Slam includes a 20 inch blue and channel catfish and a flathead catfish at least 16 inches. The Non-Game Fish Slam may be the most unusual. Anglers will be required to catch a fallfish, bullhead, and freshwater drum all at least 12 inches long and a common carp at least 20 inches. The Pan Fish Slam requires at least a six inch sunfish, seven inch rock bass, a black or white crappie at least eight inches long, and an eight inch yellow perch. The Predator Slam includes a 30 inch musky, 15 inch walleye, and a 15 inch striped or hybrid striped bass. The final slam is the Trout Slam which requires a rainbow, brook, brown, golden, and tiger trout all a at least 12 inches in length.

“Even though those aren’t necessarily trophy fish and some may be easier or harder for some people, it’s going to require a lot of different types of fishing and some time to get them all,” Scott explained.

The agency considered requiring each of the fish to be citation size, but thought that would make the challenge too difficult. An angler can earn a certificate for each slam completed in a calendar year. To become a master angler, all six slams must be completed over time with each fish documented through a time and date stamped photograph. Those who successfully complete all of the fish catches will be recognized with a master angler plaque.

“People will have to try different techniques, different gear, and they’ll have to travel to a lot of different waters to catch a lot of these fish.. We’re hoping it generates a lot of interest in fishing and maybe even some of the die hard anglers will find some interest in it,” said Scott.

Applications for the master angler award and citations are on line.

The agency has also changed policy on the trophy fish citation program. According to Scott, the requirement for a certified weight was dropped last year. Each citation is now based exclusively on a fish’s length. Scott said it was a necessary change since locating a certified scale had become more difficult, especially one the owner would be willing to allow you to put fish on.

The change also now allows for only one certificate per species per year.

“Instead of getting a citation for each fish you send in, you’ll get one certificate for each species at the end of the year  which will note the number caught and the biggest,” he explained.

The new certificates also feature a new design and fresh artwork for each fish species.  Scott believed the changes will be a welcome switch.

“We’ve redesigned the citations and the artwork is phenomenal. We think will be something people will want to frame,” he said.