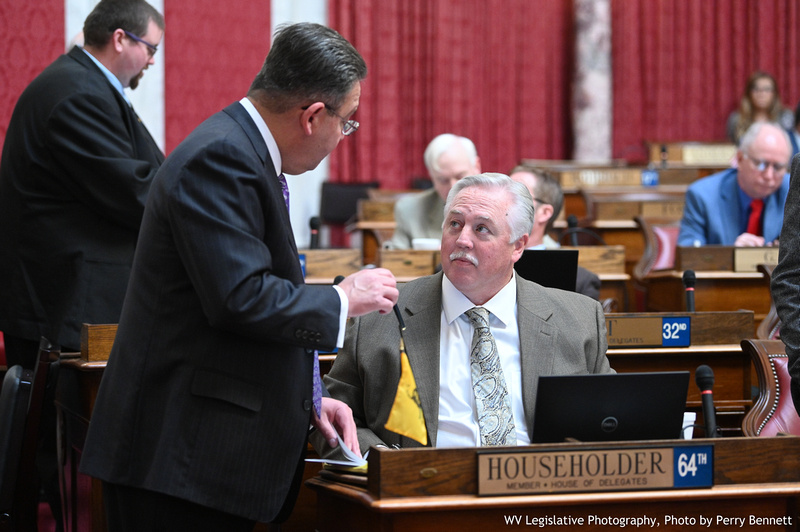 Legislators passed a big package of economic incentives just ahead of an investment announcement by Gov. Jim Justice. Most lawmakers concluded the incentives will pay off, but many expressed concern about trade-offs or about how quickly the relatively complicated package was considered.

“I have not been given a reason that, I think, makes sense about why this has to be rammed through so quickly. Our duty to do due diligence is especially important because of the enormity of this investment,” said Delegate Barbara Fleischauer, D-Monongalia.

But she voted in favor of the bills in the package, concluding “We all need an injection of hope. We all need more solid jobs. I appreciate that this company is willing to take a chance on our state.”

Gov. Jim Justice has hinted at a “major, major announcement” at his annual State of the State address on Wednesday evening.

No one, not the governor nor members of the Legislature, has publicly named the company yet. But it is widely believed to be Nucor Steel of Charlotte, N.C.

State leaders said the company could build a $2.7 billion facility and produce up to 800 full-time jobs along with about a thousand construction jobs over a couple of years at a Mason County location.

The bills that lawmakers voted in special session to adopt included a bundled set of incentives for the company, including tax breaks and funding for site preparation.

The House of Delegates debated and passed the bills this morning, suspending constitutional rules that normally would have required voting on each bill three separate days. The House Finance Committee went over the details of the bills on Monday afternoon.

The state Senate, which swiftly passed the bills on Monday, completed legislative action by accepting what the House did later this morning.

“I urge my colleagues to slow down,” said Delegate Todd Longanacre, R-Greenbrier.  “I’ll tell you what the rush is. There’s a State of the State address tomorrow night, and there’s a dog and pony show planned.

“My constituents have the right to have these deals played out in the proper committees. Why the rush?”

But delegates overwhelmingly passed the main bill in the incentives bundle, the West Virginia Industrial Advancement Act, 91-2. The no votes were from delegates Laura Kimble and Chris Pritt, both Republicans.

Delegate Evan Hansen, D-Monongalia, said the company will provide the kind of investment West Virginia needs. He praised the company’s commitment to corporate sustainability and to manufacturing products with lower and lower carbon footprint.

“That’s where the market is going,” Hansen said. “We need to position ourselves in West Virginia so we can create those types of manufacturing jobs.”

Nucor is known as the largest steel producer in the United States, as well as the biggest recycler of scrap in North America.

The company has been assessing property for a new state-of-the-art, 3-million-ton sheet mill expected to cost about $2.7 billion. The mill was described as producing hot-rolled sheet products with downstream processing including a tandem cold mill, annealing capabilities and initially two galvanizing lines.

The qualifying company could receive tax credits valued at 50 percent of its manufacturing investment. The credit is available year after year until it is exhausted.

West Virginia also would provide up to $315 million in matching funds for the company’s infrastructure investments over three phases.

“Because of the policies we’ve enacted here in recent years we’re finally getting the types of looks like the one we have before us,” said Delegate Paul Espinosa, R-Jefferson.  “For me, it’s not difficult at all.”

Delegate Gary Howell, R-Mineral, concluded that without the incentives the company might not locate in West Virginia at all — and so there would be no benefit if they chose a different location. Instead, the state would benefit from employees and related growth.

“So when we give these tax incentives and tax breaks to these companies, we’re not really giving anything away because if we didn’t they wouldn’t be here,” Howell said. “We get benefits not just from that company but from everything that creates.”

A fiscal note produced by the state Department of Tax & Revenue concluded the effects of the incentives would be financially neutral.

“Such investment will produce additional economic activity in the region and additional tax revenues for State and local governments beyond the value of the tax incentives.”

Lawmakers passed related bills that together would direct money from the federal American Rescue Plan funding to cover pandemic response costs at a range of state agencies. Resulting budget surplus at those agencies, then, would be swept toward the state Department of Economic Development for use in its fund meant to help the state close deals.

That’s how the state would generate at least a portion of the funds to match the company’s capital investments.

“If we’re not laundering it, we’re at the very least drycleaning it,” said Delegate John Doyle, D-Jefferson, who voted yes anyway because he concluded the benefits outweigh the concern.