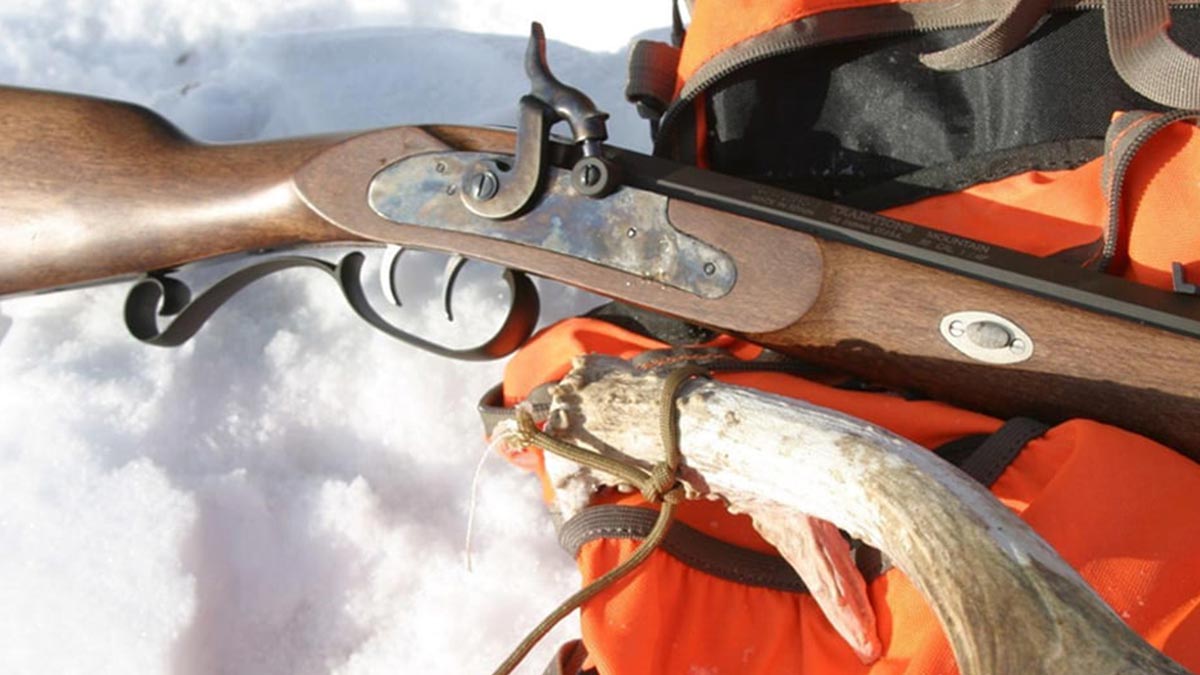 FRENCH CREEK, W.Va. — Across West Virginia this weekend, sportsmen will pursue big game in West Virginia the way the original Mountaineers tackled the task. Thursday through Sunday is the Mountaineer Heritage Hunting Season, a hunting season where you’re hunting implement must be primitive.

The season started a few years back and has grown in popularity.

“It’s definitely starting to gain traction for sure, we’re getting a lot more phone calls asking about it,” Johnson explained.

Hunters can use one of those old weapons and kill a deer of either sex, a black bear, or a turkey. The one caveat is the season is an extension of the 2021 hunting season, so if you’ve already killed three bucks from this past deer season, you may only kill an antlerless deer during the Mountaineer Heritage season.

For many, the challenge of using the old style implements is just the start. Some choose to implore the spot and stalk method to move stealthily through the woods.

“You’re out there, on the ground, and trying to find your quarry and track it down. When you’re moving, it gives you the opportunity to run into deer, bear, or turkey. You have a better chance of running into one of these three species,” he explained.

Not many bear have been killed during the season since they are often driven into hibernation by now due to snowfall, but Johnson said it’s possible some could still be roaming if the food sources are abundant. Turkeys are flocked up and will likely require almost a fall-like hunting technique or a lucky break if you’re after one.

“You need to bust them up and then hunt them as the reassemble,” said Johnson. “But really when you’re hunting turkeys in this season, it’s almost the luck of the draw. You just happen to be hunting and you’re in the right place at the right time and turkeys come by and you get a shot at them.”

Participation has picked up and in many cases is weather dependent. A good snow can often enhance the opportunity and the challenge with the ability to move silently through the woods. However, in a snow, the game has the equal ability to move more quietly as well.

“We get a lot of people who like this season because it gives them the opportunity to go out and do it like they did back then. Plus, there’s very little pressure. There aren’t nearly as many people hunting so it feels a little more like the way an historical hunt would have happened,” he said.

Outdoors
McDaniel to step down as director of WV DNR
McDaniel will depart after five years at the helm of the agency which oversees wildlife resources as well as State Parks. Says he wants to spend more time with his family.
By Chris Lawrence
Outdoors
W.Va. Hunting and Fishing Show returns this weekend
Close to 200 vendors are returning to Charleston after the show was placed on hiatus last year.
By Chris Lawrence
Outdoors
DNR excited about the prospects of lime work on Red Creek
During 2021, the DNR was able to get the first loads of limestone sand into a remote section oft he headwaters of acid laden Red Creek near the Grant/Tucker County line. They hope with more work, they can soon convert the stream into thriving trout water.
By Chris Lawrence
Outdoors
Changes made to trophy fish programs in West Virginia
The DNR has changed the process for earning a trophy fish citation and has created the new Master Angler program in hopes of generating more interest in all fishing.
By Chris Lawrence
View AllHoppy's Commentary